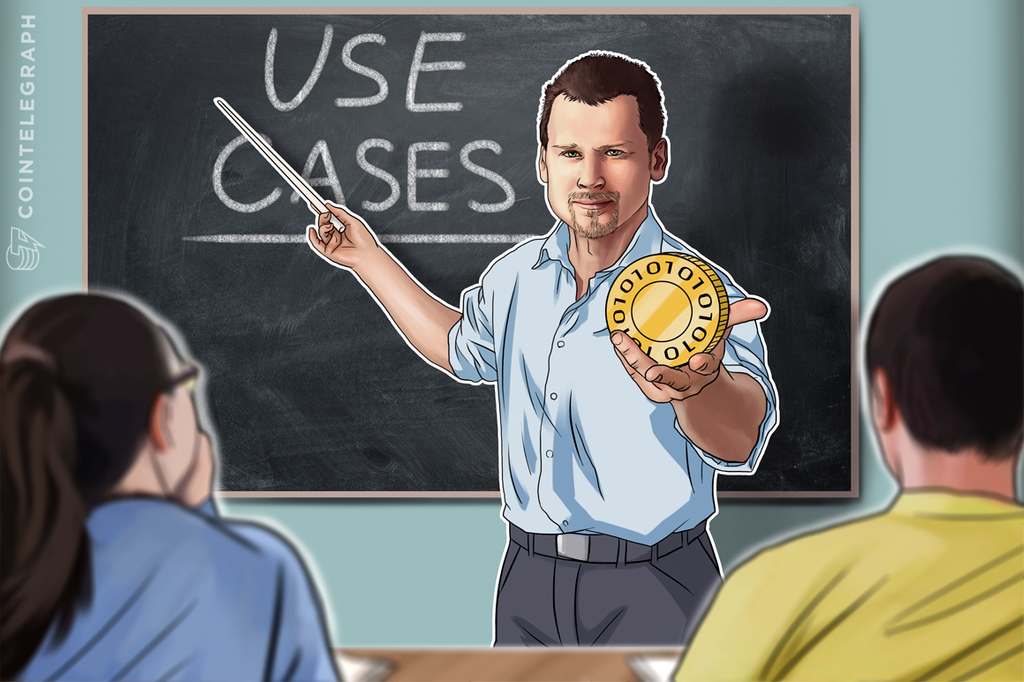 Digital currencies are virtual and don’t have any physical form, right?

But these currencies do have real-world use cases?

And how can virtual coins be translated into real solutions?

How does a Blockchain startup go from an idea to an actual use case?

Where do I start from if I have a good idea to implement?

Digital currencies are virtual and don’t have any physical form, right?

Yes, digital currencies, such as Bitcoin or Ethereum, only exist as records on the users&rsquo; hard drives.

The original cryptocurrency - Bitcoin - was launched in 2009, in an attempt to create a &nbsp;decentralized system of money, run not by governments or banks, but by its individual users. In order to achieve that goal, Bitcoin&rsquo;s author Satoshi Nakamoto devised a new technology called &ldquo;Blockchain&rdquo;.

The Blockchain is a distributed public ledger of all transactions that have ever been sent with Bitcoin. In fact, Bitcoin itself is nothing more than just records on this ledger, by tracing the history of each single coin in the network since its creation and to the latest owner, any user can tell who owns Bitcoins, and how many.

All cryptocurrencies are built on the Blockchain. The Blockchains of different currencies usually vary: they may have different rules, transaction times, security algorithms and so on. But the basic principle stays the same and that is that nobody, in particular, is in charge of a cryptocurrency, and the currency itself is only manifested in records of transactions on a public digital ledger.

Although there are some rare examples of physical coins, they are not used as actual currency. Rather, they are souvenirs which can later be redeemed for the digital coins.

But these currencies do have real-world use cases?

Digital currencies have been implemented in a vast number of real-world solutions.

In their most basic form, cryptocurrencies have met significant success in the world of finance. Cheap, fast, restrictionless transactions of Bitcoin and other coins, are often a better alternative to the services provided by legacy banks. However, the Blockchain, their underlying technology, is not limited to finance.

In essence, Blockchain is not only a way to register monetary transfers, but rather to put down any ownership data. It is written down in such a fashion that the users can confirm any record at any time, without relying on a third party to maintain the system. Blockchain is &ldquo;a way of making and preserving truths&rdquo; in a decentralized manner.

As such, it may be and is used in any area where keeping records is important. Its use allows to cut the costs of maintaining the databases of records, and at the same time enhance their security. Healthcare, Security, Food, Tourism, Energy, Distributed Computation, Prediction Markets, you name it. All these companies are real, have people working in them, and they offer valuable products. Otherwise, they wouldn&rsquo;t exist.

And how can virtual coins be translated into real solutions?

The value of a digital currency is not indeed backed by any government.

One might wonder how something as seemingly insignificant and &lsquo;unsexy&rsquo; as the technology of making records on a public ledger can be used as a basis for real - and quite big - companies. However, if you think about it, regular money doesn&rsquo;t sound so great either. It&rsquo;s a piece of paper whose only value comes from the government&rsquo;s guarantee - and yet, if applied correctly, it can move mountains.

In many respects, a digital record is more valuable than a government&rsquo;s promise - as it is more secure. No matter what happens in the world, the Blockchain will remain the same for as long as there is at least one person in the world storing it on their PC.

For some people, and in some industries, the Blockchain&rsquo;s ability to keep immutable records and add new ones without reliance on a trusted third party can provide immense value. Some are able to see the opportunity to exploit that value and thus the Blockchain-powered enterprises are born.

How does a Blockchain startup go from an idea to an actual use case?

Much like a regular company - they define a problem to solve, secure money for development, produce a solution and present it to the market.

A product sells when it frees a customer from some sort of problem. This is no different in the Blockchain industry - successful companies solve problems, only they use a particular technology to do it.

As the technology is new, and in some regards untested, the traditional VC funds tend to distrust these startups and are reluctant to invest in them. Thus, finding money for the initial development is usually the first issue new companies have to deal with in this scene. Fortunately, Blockchain can help here too - there is a new paradigm of fundraising emerging on the market, which allows startups to secure capital from their own intended audience. It&rsquo;s called an Initial Coin Offering (ICO) - check here for a more detailed explanation.

After the funding is dealt with, there comes the development stage. Blockchain is all about transparency and this translates into how the companies operate too. The software is often openly released on GitHub, and if not - the developers make sure that their audiences know exactly what&rsquo;s going on behind the scenes. Various documents, such as Whitepapers and Roadmaps are used to track and direct the progress.

Finally, when the product development and testing are finished, it is released and the cycle completes - going from an idea to a use case.

Where do I start from if I have a good idea to implement?

You can go your own, &lsquo;self-serve&rsquo; way, or use some of the many available tools and services which can facilitate the process of starting your company.

If you have found a problem you&rsquo;d like to solve, there is nobody to stop you from doing everything on your own: finding a team, securing funding, developing the product, etc. However, there is already a whole range of services and instruments out there, which may greatly ease all these processes for a beginning entrepreneur.

There are various ICO platforms out there that allow you to set up and release a cryptocurrency token in mere minutes, which may then be sold to your audience, assuming you&rsquo;ve already built one, to raise the necessary funds. There are also many consulting agencies, who can research and evaluate the viability and value of the proposed Blockchain solution on your behalf.

Going even further, there are organizations, that have taken the concept of real-world business incubators and adapted it to the Blockchain industry. One such example is Adel, a community-centered project funding platform. It is built on the Blockchain of the Nxt cryptocurrency and is currently undergoing a round of ICO funding.

The stated purpose of Adel, after the launch, will be to build a community of enthusiastic Blockchain innovators. They will help them start up new companies, facilitating the entire process from an idea, through funding to a working use case. This kind of continued support throughout all phases of development is vital for a young company in the nascent market of the Blockchain.

If you are interested in the product of Adel and want to take part in its fundraising campaign, find more info on its homepage.