How to Launch a Successful ICO, Explained 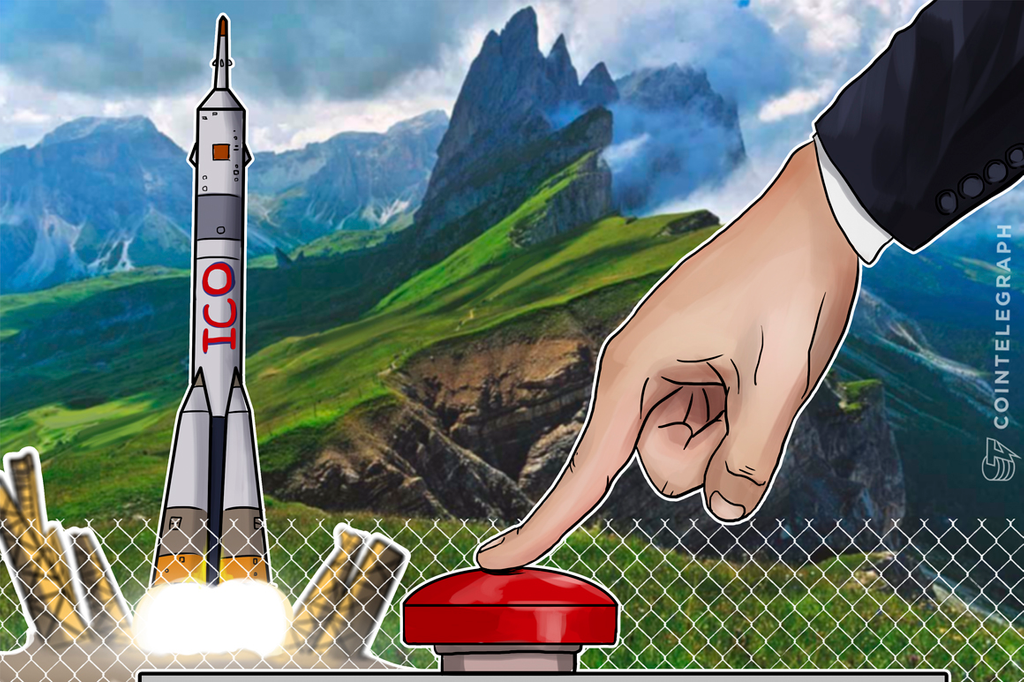 Where should I start?

Are ICO campaigns suitable for any business?

So, should I conduct an ICO campaign for my product?

What should I focus on before launching an ICO?

How to leverage the team in an ICO campaign?

How to communicate the project’s goals to the audience?

How to protect the investors’ interests?

Which factors are important during the actual ICO?

Are there any special tools for better ICO campaigns?

What should I avoid doing when running an ICO?

Where should I start?

Before launching an ICO, you might be interested in what an ICO actually means. There is a detailed explanation of the concept.

Are ICO campaigns suitable for any business?

In fact, they may be detrimental to some companies: you will spend time and money on a campaign, only for it to fail in securing enough funds.

Some startup owners seem to think that ICO is a tool for any project. It allows to quickly raise money and bypass the long and costly process of registering an IPO with the regulatory agencies. While that used to be the case during the formative days of the ICO market, it&rsquo;s no longer true.

Like everything else in the crypto industry, the ICO ethos is quickly shaping up. There are informal standards that now play the role of de facto requirements to having a successful campaign. The first and foremost requirement here is generating value for the users.

Authenticity and transparency are among the core pillars of the cryptocurrency community and that includes the ICO market. Due to this, an ICO whose only goal is to make the project owners rich at the expense of the contributors will not receive any positive attention.

So before deciding how to conduct a crowdsale of tokens, one ought to reflect and consider if they even should conduct it at all.

So, should I conduct an ICO campaign for my product?

It depends on whether you can integrate the cryptocurrency, sold during the crowdsale, organically into your product.

Regardless of all other factors which may affect any particular ICO, there is one question every startup should ask itself before deciding to even have a campaign. That is whether the ICO digital token can be integrated into the business model in a meaningful way.

For example, the value of Ethers - the tokens which have been released during the ICO of Ethereum - is strongly secured by the fact that they are required to run the DApps in the network.

If on the other hand, the only use for your coin is being bought and sold on an exchange, it practically guarantees that the price will crash very soon after the end of the ICO. As such, the campaign will be unlikely to meet interest from the discerning users in the first place.

A fundamental problem for any digital token released during an ICO is that it&rsquo;s going to come under massive speculative pressure as soon as it hits the markets. The only thing which can counteract that, and prevent the token from ending up as a useless gimmick, is a similar level of demand for it. And that demand can only be produced by real utility.

To sum it all up, if you think that the use of a decentralized token can increase the value of your product, or it is by design a fundamental part of it - feel free to read on. Otherwise, there are probably better ways to raise funds for your project, such as plain old crowdfunding or VC funding.

What should I focus on before launching an ICO?

On defining and communicating who is working on the product, what are the project&rsquo;s goals and what&rsquo;s in it for the contributors.

The practice of many successful ICO campaigns shows that the team, the goals and the protection of investors&rsquo; interests are the three topics which tend to interest the audience the most. Due to that fact, they have to be clearly determined and articulated to the audience before the launch of an ICO. Let&rsquo;s go over each one in order.

How to leverage the team in an ICO campaign?

From an investor&rsquo;s standpoint, a great team behind the project is one of the most important factors when deciding on contributing to an ICO. Conversely, an unproven, or worse still, an anonymous team is likely to serve as a major red flag and stop people from investing.

As such, it is crucial to have a list of all major team members, along with their faces and social media profiles, openly available to any potential contributor. One example of an ICO successfully leveraging an accomplished team is ICONOMI&rsquo;s. The members of that project were known for having created Cashila, the project in operation since 2014. Staking their reputations on the new ICO helped them to secure over $10 mln.

However, not all teams are created equal and some projects may lack high-level professionals. But you may always search for relevant professionals in the industry and get them on board as advisors for the project, which is often enough to ensure trust from the audience.

Another important thing is to avoid having major team shifts in the periods right before and during the campaign: it may cause a drop in investors confidence and result in underperformance of your ICO.

How to communicate the project’s goals to the audience?

Make sure that your goals are clearly defined and realistic.

It is one more crucial task. Unrealistic or unclear goals are a major deterrent to investment because they make an impression that the team either don&rsquo;t know what it&rsquo;s doing or, worse still, is trying to actively scam people out of their money.

Because of that, it is imperative to have a white paper and a roadmap prepared before the launch of an ICO. The white paper has to clearly outline the technical aspects of the product, the problems it intends to solve and how it is going to solve them. Likewise, the roadmap has to list clearly defined and realistically achievable goals and their timeframes.

Of course, both the team and the white paper take a backseat to a proof of concept. Being able to present a working, tested product to the audience is the best thing you could wish for when preparing for an ICO. If that is the case, it is strongly advisable to make the prototype the main focus of the campaign and wait for investor confidence to go off the charts.

How to protect the investors’ interests?

Premiums for early investors, an escrow wallet for the contributions and a process for returning the funds in case of failure.

Last but not least is defining the terms for investors. Early bird discounts for investors which contribute in the first few days of the campaign are basically a must.

Another convention which has by now become a de facto requirement is collecting all contribution in a multi-signature escrow wallet, with all the names of all key holders announced to the public. Some of those keys have to be held by people otherwise uninvolved in your project, which serves as an additional guarantee for investors&rsquo; funds safety.

You should also make sure that there is a process in place for the returning of the funds to their contributors - there is always a possibility that you will fail to reach the targets and will be forced to roll the campaign back.

Which factors are important during the actual ICO?

Timing and good communications are the most important.

It may be tempting to launch your crowdsale as soon as possible. However, in most cases ICO&rsquo;s are limited in time, which means that you have to come in prepared - hence, timing is important.

The most important things to cover are the ones listed above: the team, the goals and investors&rsquo; terms. This means that it should be safe to launch the campaign after those are firmly established, which can likely take about two to four months after the inception of a project.

Another important aspect of a crowdsale campaign is PR. Getting enough attention is actually one of the hardest parts, as the market is growing and there is an ICO launch almost every day. Make sure to constantly communicate with your audience both before and throughout the campaign. This will help get more people on board, as well as provide feedback, allowing you to tweak while the ICO is underway.

The main channels of communication here are the social media - Twitter and Facebook, and the forums - Bitcointalk and Reddit. Consider the option of hiring a professional whose only job will be to monitor and participate in the dialogue with your audience on those websites - there&rsquo;s nothing worse than having a well-prepared campaign fail simply due to the lack of outreach.

Are there any special tools for better ICO campaigns?

Yes, there are ICO platforms, such as Waves.

There are special platforms out there, whose entire purpose is to ease both the process of launching an ICO and investing in one. They work similarly to Kickstarter, which aggregates various crowdfunding projects and makes it easy for contributors to find the ones they want to invest in.

The Waves Platform is one of the largest such platforms. It allows anyone - for example, a young Blockchain startup - to set up a digital token in mere minutes and at almost no cost. These tokens can then be listed on Waves&rsquo; own exchange - to be easily found by eager investors. This allows the company to secure the necessary funding.

This approach can save a lot of money and effort, compared to launching a digital token of your own, which is inevitably associated with high development costs. Admittedly, it gives the company less control over the token&rsquo;s further development, but if it is not the company&rsquo;s main product, then the trade-off may be well worth it.

What should I avoid doing when running an ICO?

Breaking the law or losing the trust of your investors.

Breaking the law is the first and the most obvious thing. When dealing with other people&rsquo;s money you have to make sure that you aren&rsquo;t breaking any laws every step of the way, so it is strongly recommended to hire the services of an actual lawyer while preparing a campaign.

The next worst thing to breaking the law is losing the trust of your audience. The industry of Blockchain is unregulated and replete with scam stories, so the participants are very cautious. Any signs of potentially fraudulent activity will serve as massive red flags for the audience.

That&rsquo;s why remaining genuine, constantly keeping in touch with the contributors and updating them on the progress of your project are some of the most important things you can do for your crowdsale campaign.

Disclaimer: this article does not constitute legal advice. Legal aspects of launching an ICO may vary from country to country. Before conducting a funding campaign, do your own due diligence to comply with all relevant regulation.