Decentralized blockchain-based ridesharing company Arcade City said goodbye to its founder Christopher David as the company raised more than half a million dollars in a tokenized crowdsale. 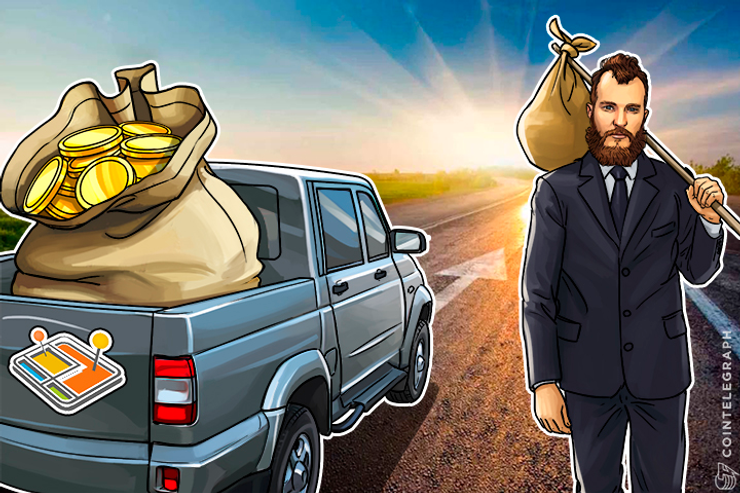 Decentralized Blockchain-based ridesharing company Arcade City said goodbye to its founder Christopher David, who resigned his post as mayor at the head of the company’s council, as the company raised more than half a million dollars in a tokenized crowdsale.

According to David, he has left his seat at the head of Arcade City’s council, and will instead focus on a separate service provider, Arcade One:

“I am relinquishing my leadership position in the decentralized Ethereum-based ecosystem created by our token sale, and focusing exclusively on restructuring our current corporate entity as an optional 'service provider' to that ecosystem.”

Arcade City councilmember Michael Thuy, system architect, admits that joining the organization presented a challenge because of its past reputation, but those problems seem to be over: “Yes, at first glance it didn't look good. But then we remembered that we are building trustless systems. The whole point of things like multi-sig wallets is that you don't have to trust people, you can trust the mathematics and processes. We did underestimate the impact of the project's past reputation on our communication efforts, but we believe smart investors look at the tech and the actual system design, and the team building the system. In communicating our development efforts on Youtube, and becoming very vocal on Reddit and Twitter, I think we already changed the perception of what Arcade City is and can be.”

This decentralization was always part of the greater Arcade City plan, according to David:

“We’d always planned for the Arcade City ecosystem to split into multiple entities. Everyone involved is incentivized for the success of the token sale to properly launch our decentralized ecosystem. We’ll figure out the service provider details after the core product and network are on a solid, independent trajectory.”

To fund the completion of the next version of the app, which will run based off Ethereum smart contracts, Arcade City has launched a crowdfund via sale of ARC tokens, which are planned to be integral to payments within the app itself. The current crowdfund total has exceeded 62,000 Ether, nearing a $620,000 value. Jenn Williams, Arcade City council member, is satisfied with the progress of the token sale so far:

“I'm really pleased with the progress of the ARC token sale. We have reached the minimum raise needed to provide users with a solid v2 app that will be fueled by the ARC tokens minted that runs on the Ethereum Blockchain.”

David is similarly pleased with the progress of token sales, especially because of its grassroots nature, eschewing approaching veteran cryptocurrency investors in favor of targeting non-technical investors:

“We’re definitely happy with the progress so far. We intended this to be a grassroots token sale, not like other projects that spend months beforehand courting whales and exchanges. I respect that approach but it’s just not our style. We’ve got a large community of drivers and riders built up over ten months and we wanted to get them set up first. We’ve built a hungry audience of non-technical rideshare users who were excited to buy Ethereum-based tokens for the first time. Now that we’ve got them on board, we’re beginning our outreach to the broader Ethereum community. We see Arcade City as potentially the ‘killer app’ of Ethereum, and it’s important to have a critical mass of community stakeholders incentivized for us to succeed.”

Concerns abounded regarding Arcade City’s viability, including from original angel investor Roger Ver, because of alleged mishandling of funds and developmental delays. This has led to a degree of potential investor trepidation regarding the token sale. However, several investors have come forward to state their confidence in the project. Daniil Gorbatenko, a PhD candidate in economics at Aix-Marseille University originally from Russia and a libertarian crypto-enthusiast, believes that the project has moved far along enough to be trusted, citing an available test app demonstrating current progress, and believes that the project may be one of the most broadly successful Blockchain-based technologies:

“It looks like the first project which could allow Blockchain technology to be used widely outside the community of crypto enthusiasts.”

Tor Hylbom, potential investor from California, notes the caution from other investors with the crowd sale, but also sees the opportunity in being one of the few brave investors:

“The sale is slower than I had anticipated, but I'm not surprised and not disappointed. Since the supply is fixed, the fewer tokens issued, the larger my share of the total market cap. I want a successful sale, because it will provide funds for the development to perfect the app. However, I am happy that a significant amount of development funding is built in through fees as the app is rolled out and used.”

According to Brian Sovryn, host of technology and futurism podcast Sovryn Tech, the company’s business decisions give reason to doubt its future and leadership:

“I think the fears and apprehensions over the management of funds goes far beyond that it may have been in the hands of someone with a checkered business history. I think the concerns come down to very poor business decisions outside of the monetary aspects. Like Christopher claiming he was going to develop Arcade City largely on his own, and his own admission that he isn't exactly a great developer, or the Karma system that was so obviously a stall tactic and was being arbitrarily controlled by Christopher David. These are just bad business decisions, in my opinion. So that's a step up that funds are being controlled by a council, but again, that doesn't really change that Arcade City has suffered from very poor business decisions that I don't see any sign of improvement on. If anything so much of this just seems like doubling-down on failure.”

Is Blockchain useful for ridesharing or just a marketing gimmick?

Virgil Vaduva, CEO of emergency response and ridesharing app Cell 411, questions whether employing Blockchain technology is even useful to the basic functionality of ridesharing:

“I don't want to comment on AC's investment in itself, but regarding the app, the market will speak in the end and determine whether or not they will develop a platform that actually functions correctly. Building a real-time ridesharing platform on a Blockchain makes no sense to me. Blockchains, while they are very secure and resilient, are highly inefficient, unindexed and slow databases that do not for ideal platforms for applications that require real-time interaction between users. This is why Cell 411 is not using a Blockchain because it's not necessary and because it would have a negative effect on user experience. We shouldn't build apps on a Blockchain just because we can. What good is it to build a secure and resilient ride-sharing platform that is unusable from the end-user's perspective?”

Vaduva points out that promoting a project’s Blockchain use works well for promotion, although the degree to which it is actually useful remains cryptic:

“It's also unclear if AC is building the actual ride sharing functionality on a Blockchain or if they are just using tokens for payments. They left a lot of critical answers to ambiguous. Throwing around the word "Blockchain" gets people a lot of press. But nobody knows what it actually means.”