Ether price has rallied 114% since March 13 and the altcoin could be on the verge of rallying higher.  Increased activity on the Ethereum blockchain and the approaching ETH 2.0 launch appear to be bolstering Ether price and these factors could also benefit Bitcoin’s price action.

Unlike Ether (ETH), the Bitcoin (BTC) price is seeing a technically bearish structure in the form of a lower high. This means the BTC daily candle closed at a lower point from where it was earlier this month. Typically, lower highs at a high time frame like the daily chart can leave an asset vulnerable to a correction.

Ether is currently showing price action that differs from Bitcoin. The top altcoin has seen a higher high, as the most recent daily candle closed significantly higher than in early February. 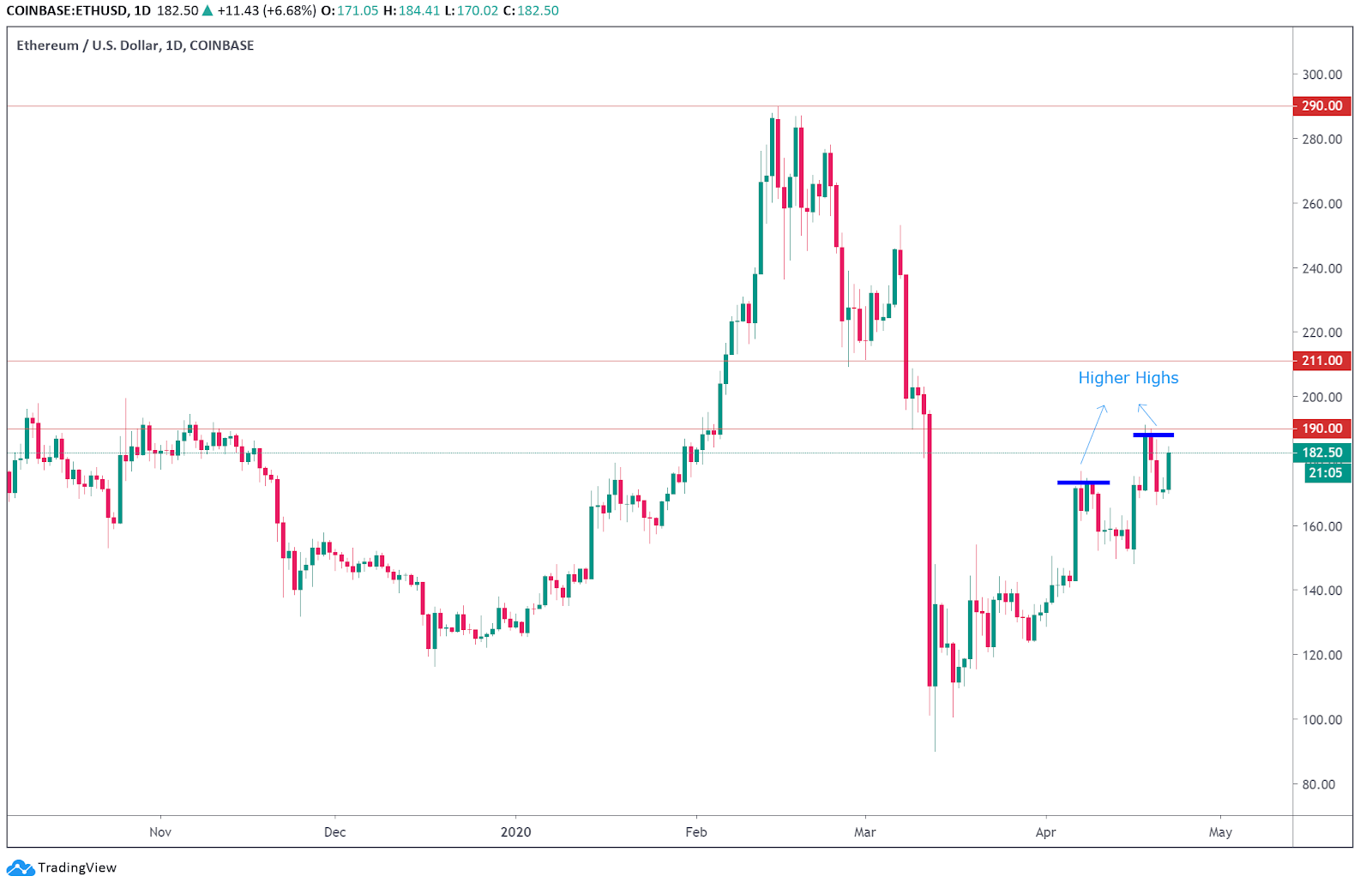 Cryptocurrency traders have said that the strength displayed by Ether’s price action could support the momentum of the entire market and prevent Bitcoin from seeing another downtrend.

Traders say Ether is pulling Bitcoin up this time

The Bitcoin price increased by around four percent in the last 24 hours, despite the lower high pattern failing to alleviate selling pressure on the dominant cryptocurrency.

According to cryptocurrency trader Chase NL, the general sentiment around the market is that Ether is positively affecting the near-term price movement of Bitcoin.

In the short-term, two scenarios could play out as a result of the contrasting price trend of Ether and Bitcoin. Chase NL said that Bitcoin’s sluggishness could bring Ether down to test lower supports or the strong momentum of Ether could prevent BTC from seeing a sharp pullback.

Ether’s strong positioning could possibly be due to the strong extended rally from early February but when the crypto market crashed on March 12, Ether dropped harder than most assets. While BTC saw a 50 percent decline, Ether plunged by nearly 70 percent to $90. 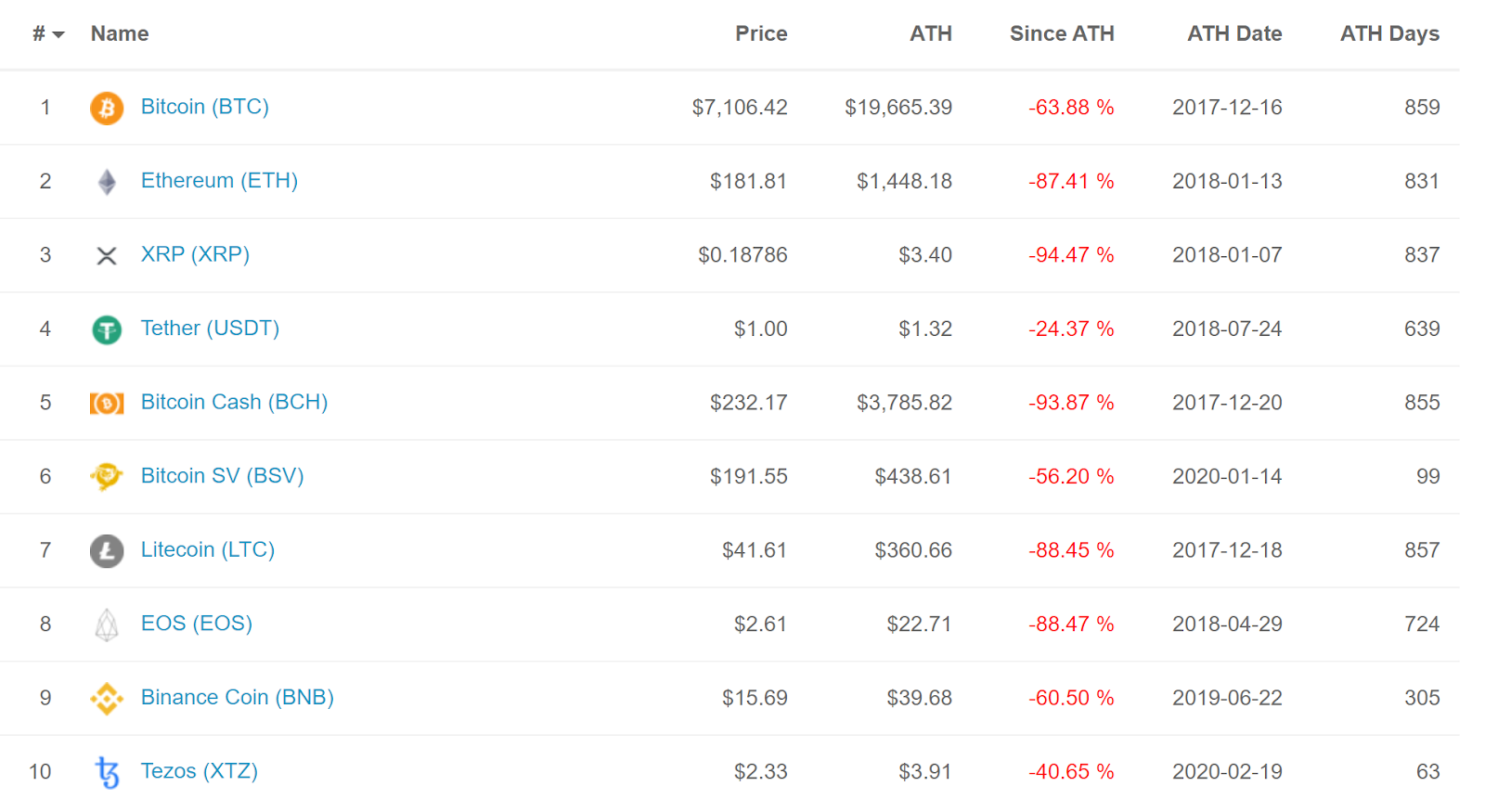 From it’s record highs, Ether is down by around 87 percent and BTC has dropped by 63 percent in the same time period.

Ether’s oversold setup and the imminence of ETH 2.0 are the two fundamental factors supporting the recent upside movement of the altcoin.

The surging demand for stablecoins, many of which are based on top of Ethereum smart contracts, also led to the total amount of value transferred on the network to reach parity with Bitcoin, improving a key fundamental metric of Ethereum.

“Stablecoins now account for 80% of daily transfer value on Ethereum, and they’re used for significantly larger transfers on average than Bitcoin. Stablecoins simply have better product market fit for transferring value between exchanges, one of today's dominant use cases.”

Whether the noticeable improvement in the network activity of Ethereum and the anticipation for ETH 2.0 are enough to prevent a market-wide correction in the short-term remains to be seen, as some traders warn that the break of a major trendline of BTC is likely to result in a correction.