$8.5K Then $3K — This Trader’s Bitcoin Price Call Is Playing Out

Bitcoin price has shown a strong recovery over the past two weeks but there is still a chance that a rally to $8,500 could be a bull trap.

49543 Total views
235 Total shares
Listen to article
0:00
Markets News
Own this piece of crypto history
Collect this article as NFT

The Bitcoin price (BTC) has recovered strongly from $5,200 to $7,200 in the past two weeks, despite the declining appetite for high-risk assets including single-stocks and cryptocurrencies.

One prominent trader predicted the entire price movement of Bitcoin since its initial drop from $10,500 to sub-$6,000, and in the medium-term, the digital asset’s trend remains gloomy.

The rationale behind a short-term rally to $8,500

PentarhUdi, a well known technical analyst and trader who has deftly predicted multiple Bitcoin market cycles in the past, initially estimated that Bitcoin price would plunge from $10,500 to $5,800 in the first week of February.

On February 10, 2020, the trader explained that based on candlestick wicks, $10,500 was technically a lower low at a macro level and given that this level was a historically heavy resistance, a drop to $5,800 was highly probable.

“There is one, and only one, TA analyst in the world that I really respect, and just today, a few hours ago, he came up with this piece of analysis.”

Due to a significant selloff in the U.S. stock market and the worsening Coronavirus pandemic that has since swept across the U.S. and Europe, the price of Bitcoin over extended its downtrend and fell to $3,600 on crypto futures exchanges.

The fact that buyers quickly stepped in to buy the dip and pushed the price from $3,600 to $5,200 led PentarUdi to suggest that Bitcoin price is likely to rally to $8,500 over the short term.

“This should bounce up from weekly sma 200 ($5,200) up to daily sma 200 ($8,500). Break up of the upper trend line invalidates this bearish count. I remind this is a hypothetical bearish outcome of previously published ideas.”

As a note of caution, PentarhUdi warned that as a result of the current global financial panic, Bitcoin is still likely to fall below $3,000 after rebounding past $8,000.

According to the trader:

“I got a bearish target between $1,800 and $2,500. In this case weekly 200 SMA will be broken and become resistance. Many times and affords will require to break it up and make it support.” 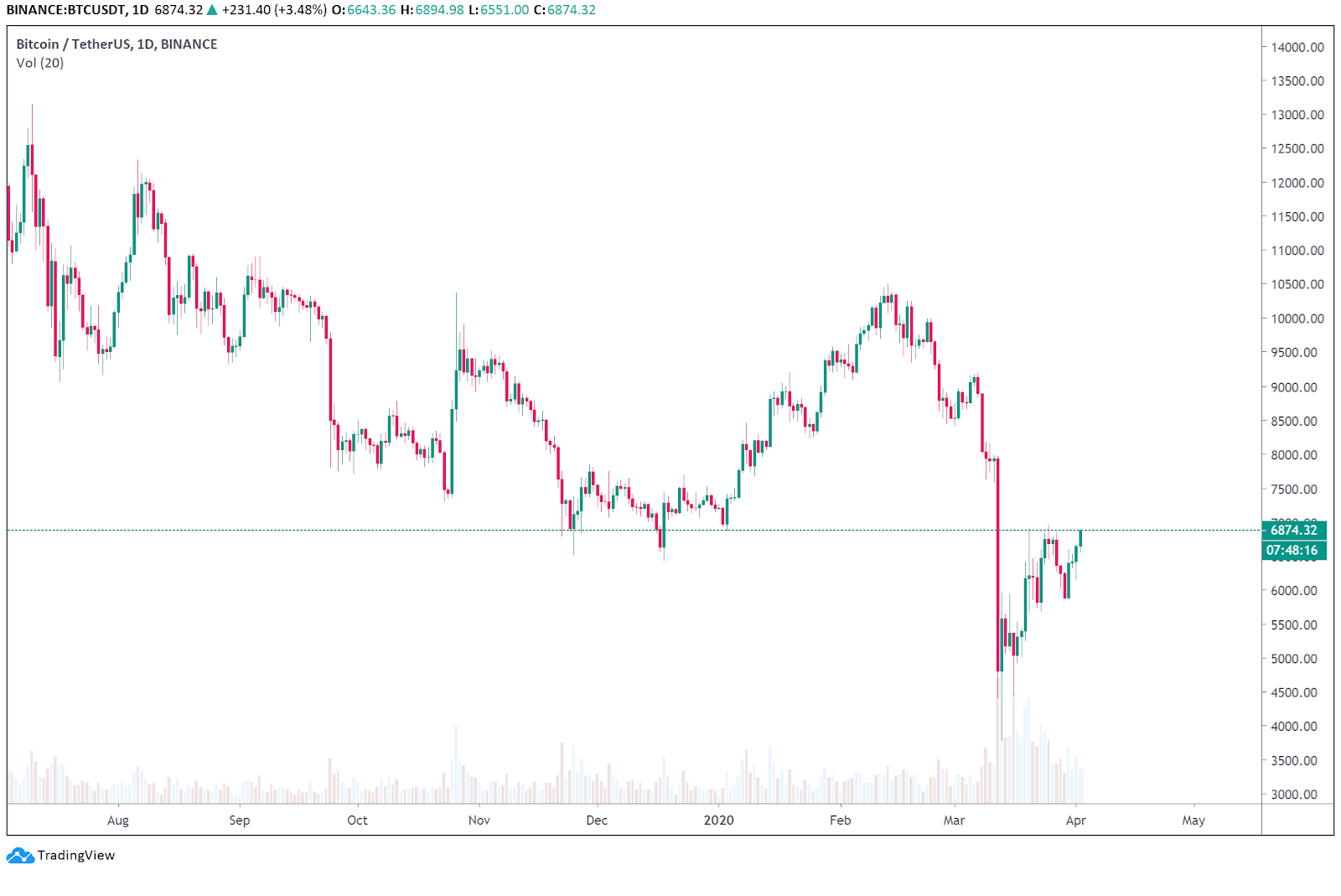 In short, Bitcoin price is currently seeing a relief rally to the 200-day SMA, a point which has acted as a strong resistance area throughout the past several years. Yet, there is a strong possibility that the entire rally becomes susceptible to a deep correction.

The next upside move could be a fake-out

With instability in the global equities market and dire warnings from governments that the novel Coronavirus pandemic could potentially lead to increased deaths over the next several months, a recovery to $8,500 could still be a bull trap.

On March 29, Anthony Fauci, the director of the U.S. National Institute of Allergy and Infectious Diseases said that the Coronavirus could potentially lead to 200,000 fatalities.

If efforts to contain the outbreak in the U.S. and Europe fail and the development of a vaccine takes 12 to 18 months, the sentiment in crypto and equities markets could take an even deeper bearish turn.