After Hectic Week for Foundation, MIT Offers to Host a Bitcoin Standards Center

The Massachusetts Institute of Technology (MIT) could become an important pillar for Bitcoin in the near future, as director of the MIT Media Lab Joi Ito has proposed hosting a Bitcoin standards body at the institution. 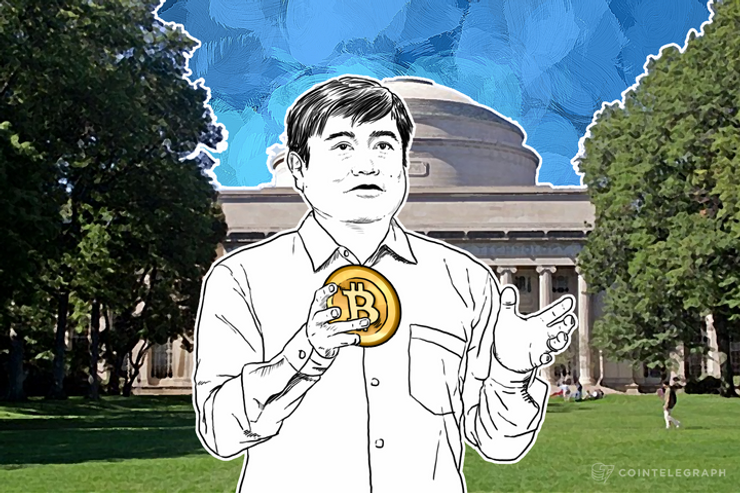 The Massachusetts Institute of Technology (MIT) could become an important pillar for Bitcoin in the near future, as director of the MIT Media Lab Joi Ito has proposed hosting a Bitcoin standards body at the institution.

Ito, who some may know from his analytical comparison between Bitcoin and the Internet, told high-tech economy news site Xconomy that he is close to unveiling plans for MIT to establish an independent and neutral home for the development of Bitcoin standards. Although the exact details have not yet been discussed publicly, Ito mentioned two prominent MIT names who may help work the plan out, namely cryptographer and one of the inventors of the RSA algorithm Ron Rivest, and economist Simon Johnson.

“With Bitcoin, it was sort of on the Internet, but the financial interests got very involved before there was a lot of standards setting. (…) It’s going at hyper-speed, much faster than any other standards body. And you have the added problem that there’s a lot of money involved. Even the developers have lots of Bitcoin, right? What I’d like to do as a contribution from MIT (…) is to try to come up with a non-commercial, neutral place for academics to talk about Bitcoin.” Ito unveiled his plan in the wake of a hectic week for the Bitcoin Foundation, which was itself founded with the mission to standardize the Bitcoin protocol, among other objectives. Last week, newly elected board member Olivier Janssens exposed the dire financial situation at the foundation, after which the organization publicized its plan to split off into two separate organizations.

According to this plan, the current Bitcoin Foundation would morph into a promotional body, while the core developers would set up a new organization targeted at Bitcoin's development. Furthermore, this new organization would be tasked with setting up yet another organization to specifically work on the standardization of the Bitcoin protocol. Ito said the turmoil at the Bitcoin Foundation gave him further stimulus to work on his idea to set up such a body at MIT.

Whether the Bitcoin Foundation and the core development team will take Ito up on his offer to establish a standards body at MIT remains to be seen. Given the acute financial troubles of the foundation – which could be bankrupt in less then a month's time – and Ito's determination to make a concrete offer within several weeks, a definitive answer might come very soon. Ito said:

“I think within a couple of weeks we’ll be announcing something which will be a little bit more substantive. And I’m not pushing it, but I’m offering MIT as a neutral academic home for some of the conversations and the technical coordination. Which I think will give a lot more stability to Bitcoin, which right now is a little bit fragile.”

The Bitcoin Foundation was founded in September 2012, but has always been controversial in the Bitcoin sphere, as some feared that such an organization could become a centralizing force in the decentralized Bitcoin ecosystem. Ito emphasized that he is not trying to grab control of Bitcoin efforts in any way. Rather, he said he wants to make space for technical and standards conversations:

“What I’m really trying to do is offer us as one of the neutral places to do this (…) And I do think academia plays a role.”

Cointelegraph reached out to the Bitcoin Foundation, but received no response before publication.