Newly elected board member of the Bitcoin Foundation Olivier Janssens has gone to Reddit to post an extensive critique on the foundation. 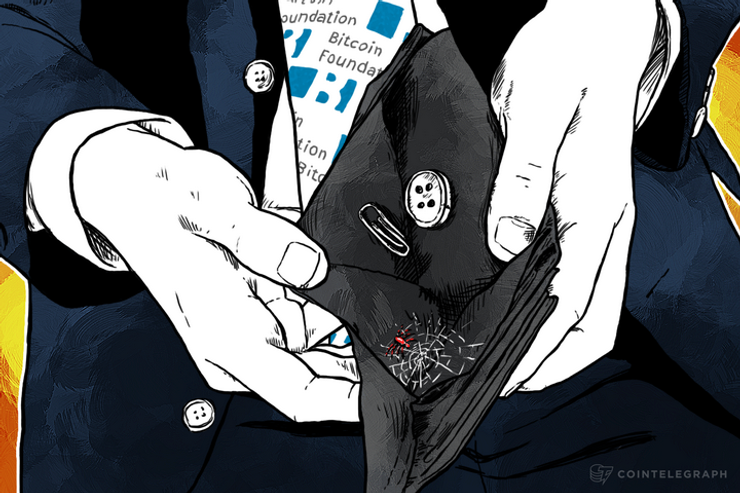 Newly elected board member of the Bitcoin Foundation Olivier Janssens has gone to Reddit to post an extensive critique on the foundation. Janssens claims that the foundation is “effectively bankrupt,” which has since then been confirmed on the foundation forum by Chief Scientist Gavin Andresen and—to a slightly lesser extent—Executive Director Patrick Murck.

The Bitcoin Foundation was founded in September 2012 by then Bitcoin lead developer Gavin Andresen, then BitInstant CEO Charlie Shrem, then MtGox CEO Mark Karpeles, CoinLab CEO Peter Vessenes, investor Roger Ver, and lawyer Patrick Murck. Although the foundation never officially represented Bitcoin itself, it did intend to standardize, protect and promote the use of Bitcoin.

The establishment of the Bitcoin Foundation has always been controversial in the Bitcoin sphere, however, as some feared that such an organization could become a centralizing force in the decentralized Bitcoin ecosystem. One of the most severe critics is the Belgian Bitcoin early adopter and millionaire Olivier Janssens, in particular since Brock Pierce was elected to the board of the foundation in May of 2014, and after Janssens visited the Bitcoin Foundation's Bitcoin 2014 conference in Amsterdam that same month. Janssens therefore put up a US$100k bounty for a software platform that could replace the Bitcoin Foundation - a price that was won by Mike Hearn and his Lighthouse crowdfunding platform last year.

“[The] Bitcoin Foundation is effectively bankrupt. As a result of two years of ridiculous spending and poorly thought out decisions, they almost ran out of money in November of last year.”

Because of that, Janssens says, the foundation decided to replace then Executive Director Jon Matonis with Murck, who made the decision to refocus the foundation's efforts on core development:

“In extremis, but way too late, they decided to select a new executive director during that time. That new director decided that the only way to still get funds at that point, was to focus solely on funding core development, in the hope that people would see that as a good cause.”

Based on statements made by others involved with the foundation, it seems that Janssens revelations regarding the effective bankruptcy are mostly tr