AlphaPoint Partners With IdentityMind To Launch Exchanges At Speed

Bitcoin exchanges are a risky business to dive into. But they're growing easier to build. Companies AlphaPoint and IdentityMind just partnered up to help Bitcoin exchanges to get off the ground in days. 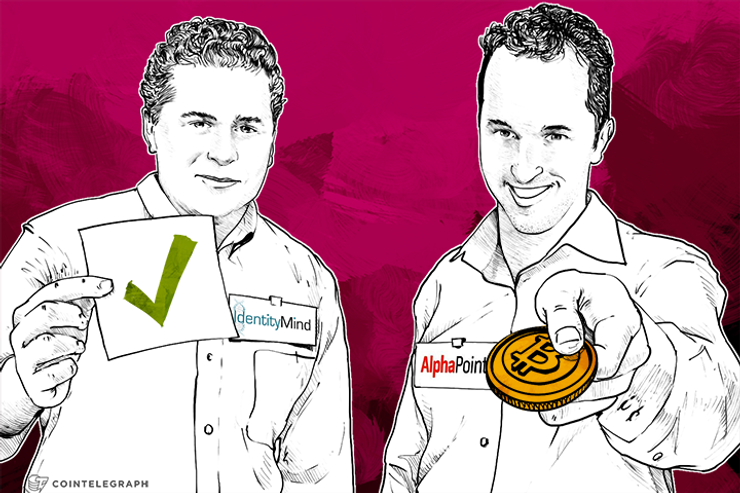 As an emerging market, Bitcoin exchanges are a risky business to dive into. But they're growing easier to build. Companies AlphaPoint and IdentityMind just partnered up to help Bitcoin exchanges to get off the ground in days—and from anywhere in the world.

AlphaPoint boasts that its software can help exchanges launch in under 20 days and that its technology can power nearly 1 million transactions per second. Meanwhile, IdentityMind helps exchanges to satisfy know your customer and anti-money laundering laws that vary from country to country.

IdentityMind's compliance tools are currently used across four continents to help exchanges verify identities and monitor transactions, which is a necessary step for Bitcoin companies that want to comply with regulations. The partnership means AlphaPoint clients can now tap the user verification scheme. In other words, IdentityMind makes it easy for services to register and verity new users, ensuring that they're legitimate, said Igor Telyatnikov, vice president of operations for AlphaPoint:

“We've partnered with IdentityMind because their core competencies are KYC and AML services and they have the tools and connections in different regions necessary for doing the proper checks that local governments require whenever there's a financial transaction.”

“From a time to market perspective, AlphaPoint provides a toolkit that enables you to really easily put together an exchange that's industry-grade,” said MonetaGo CEO Jesse Chenard.

But building the exchange is just one piece, if a big piece, of the puzzle. Exchanges also need to deal with a range of early stage barriers, such as global compliance laws intended to swat down dangerous or fraudulent activities conducted in Bitcoin.

If that's not enough news in one week, AlphaPoint also recently completed integration with Bitfinex, a well-known global Bitcoin exchange, which was originally announced last year. Users now have access to market data on the WebSocket API. The AlphaPoint software architecture is built to scale into the future, supports high frequency trading, and can even support “extreme” trading spikes, according to the release.

AlphaPoint already powers more than 15 exchanges. Down the line, AlphaPoint hopes to integrate with more payment processing tools and gateways to make it easier to deposit and withdraw funds, Telyatnikov said.

Building a successful Bitcoin exchange is tough, but the white label services ensure that it's no longer necessary to start tableau rasa on the software or legal compliance. There's no need to reinvent the wheel.