Are Bitcoin Cash Miners Driving Up the Price of Bitcoin?

Bitcoin appears set to experience an explosive price run in the short term as miners drop Bitcoin Cash for the real Bitcoin.

Bitcoin (BTC) price has been a sight to behold over the last week. After successfully breaking through the resistance of $7,200 on Monday, April 6, all eyes were on the leading digital asset to hold $7K as fresh support, but as soon as the weekend was upon us, the price fell through this floor finding a new temporary bottom of $6,750.

So are these weekend dumps a sign that interest in Bitcoin is waning? Or is this simply whales taking advantage of thinner weekend volume to accumulate before the next big run? 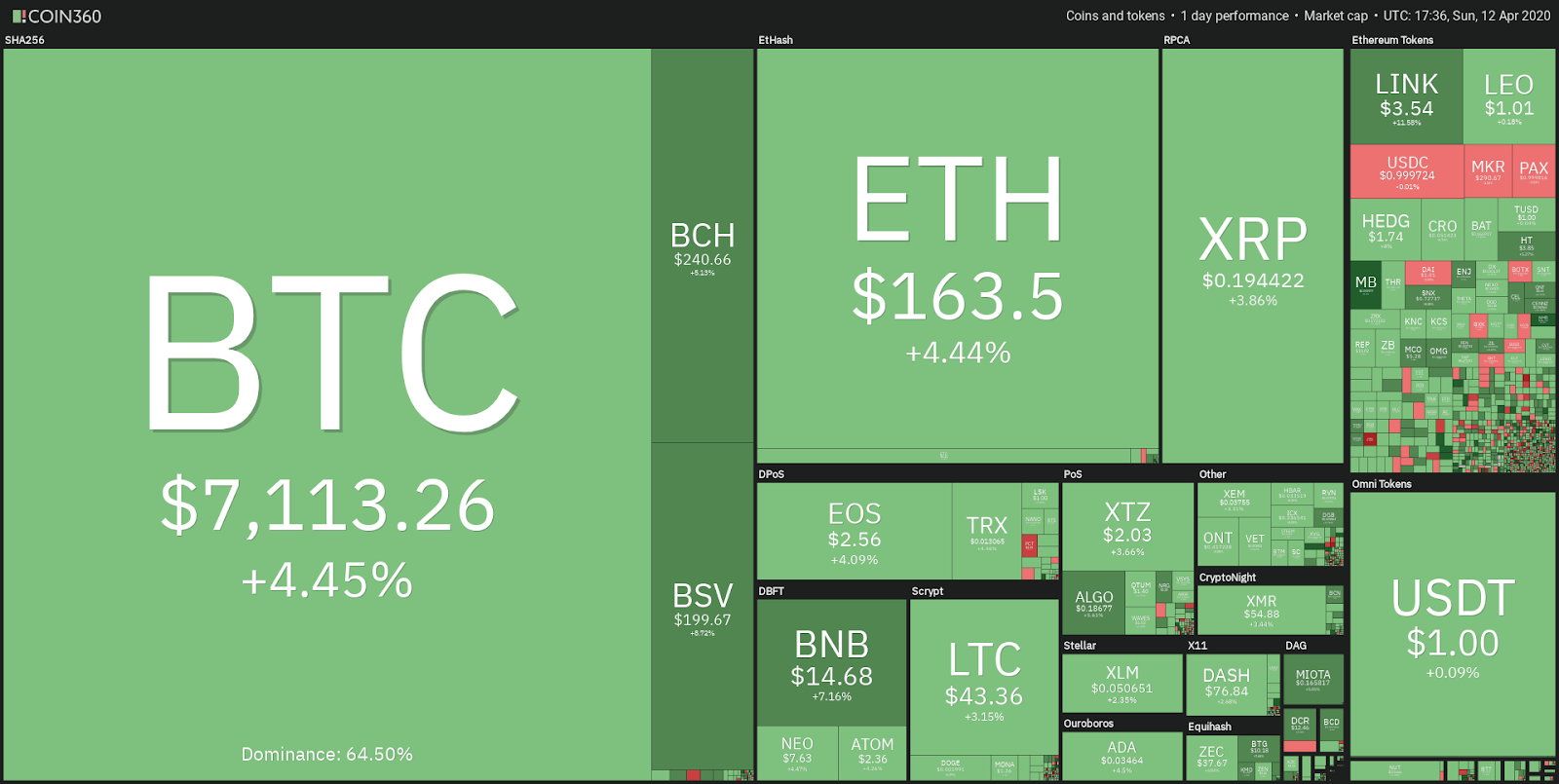 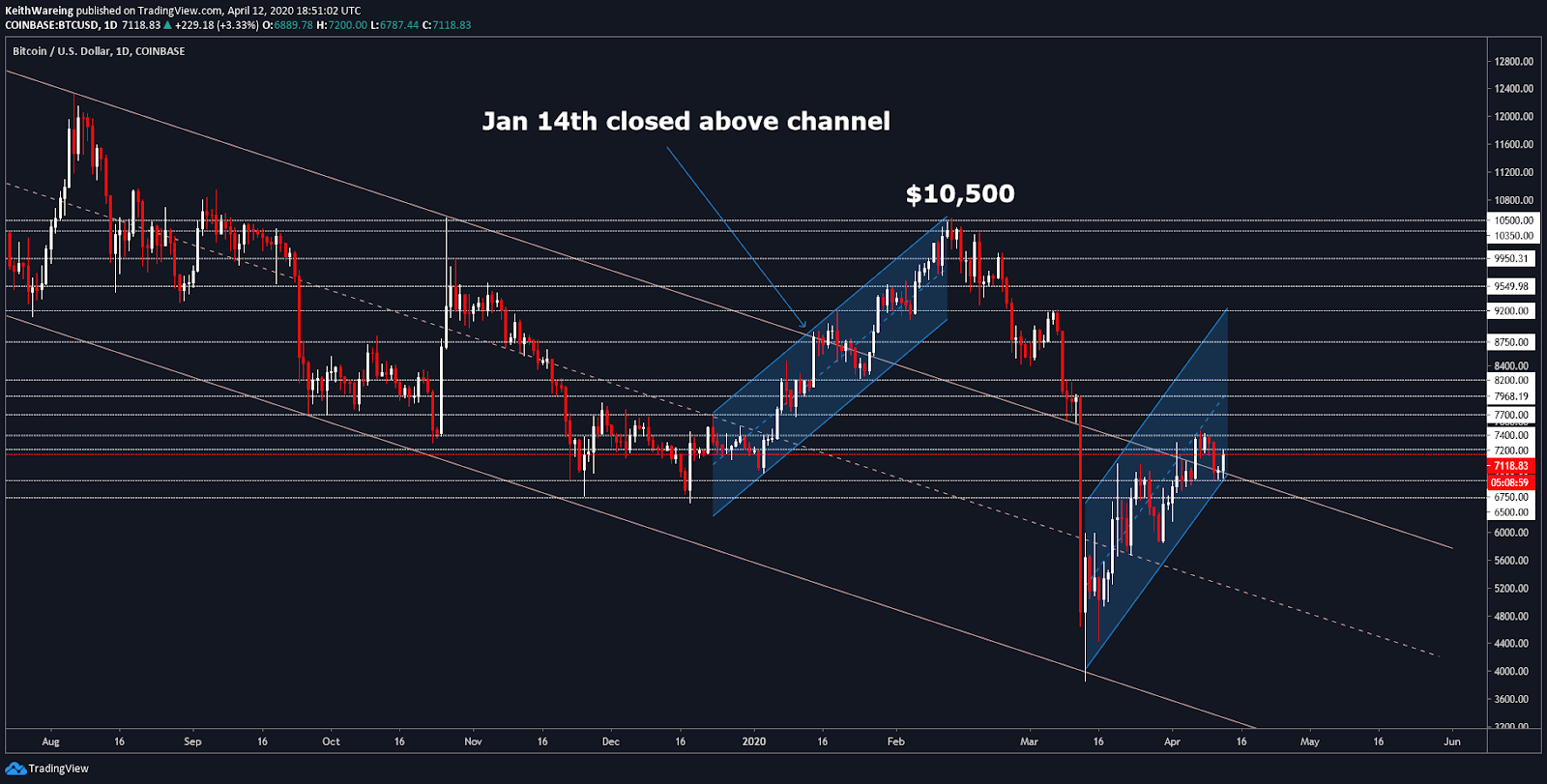 Bitcoin keeps finding itself in a descending channel that formed 10 months ago. The last time the king of cryptocurrencies broke out of this channel, it encountered fierce resistance at 5 different levels ranging from $8,750 to $10,500.

Currently, Bitcoin is once more above this channel, with a new ascending channel taking form. From here Bitcoin needs to form support by closing the daily above $7,100 for history to start repeating itself, and this is not the only pattern repeating itself this year.

History repeats itself on the MACD 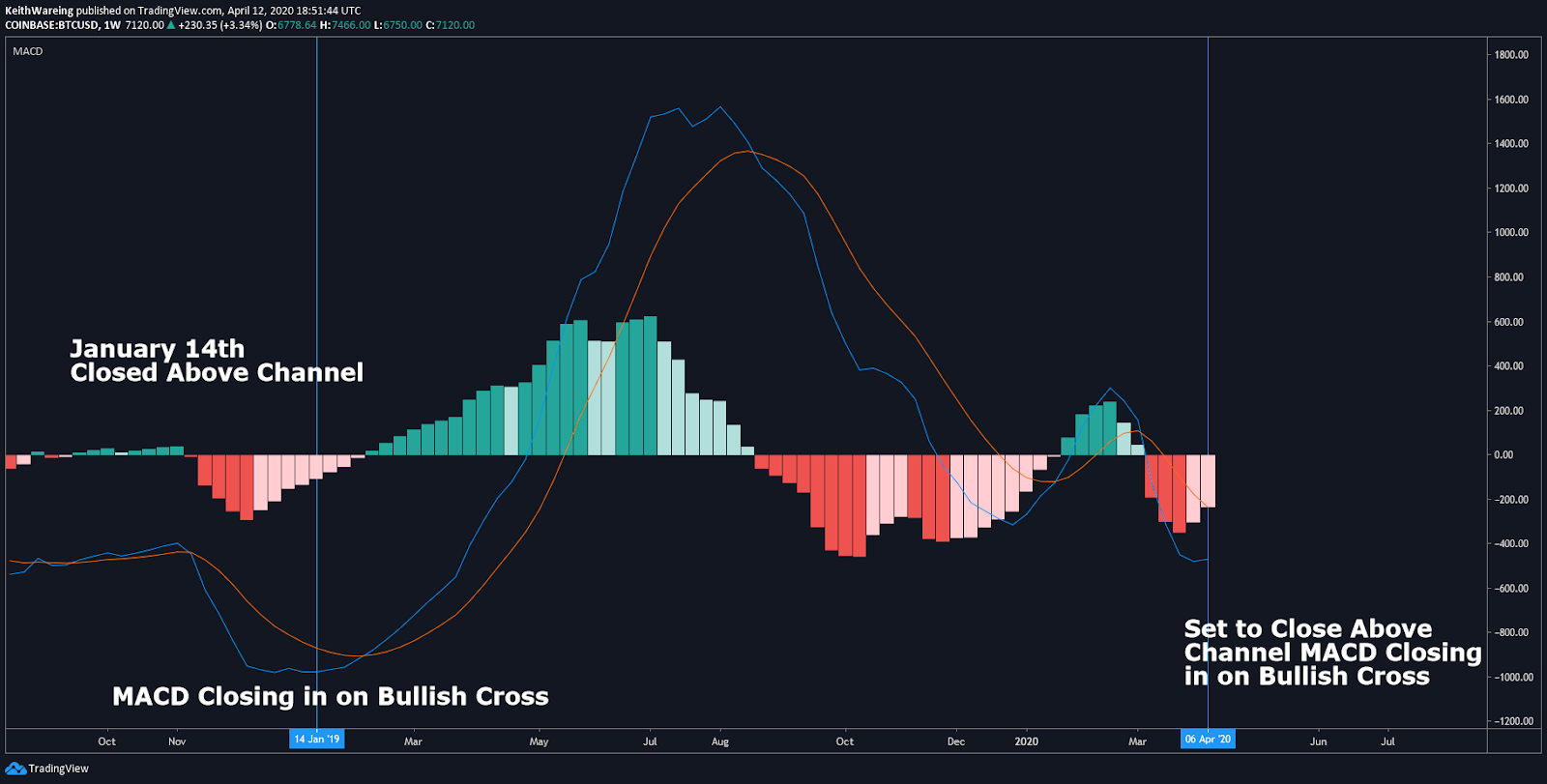 The Moving Average Divergence Convergence (MACD) indicator on the weekly timeframe looks almost identical to that of Jan. 14, which is when Bitcoin last closed above the descending channel. This resulted in a rally from $9,000 to $10,500.

However, much like the last few days, Bitcoin did fall back into the channel before pushing forward to the yearly high.

At the time this was attributed to the mining difficulty increasing every 2 weeks, a trend that seems to be returning. 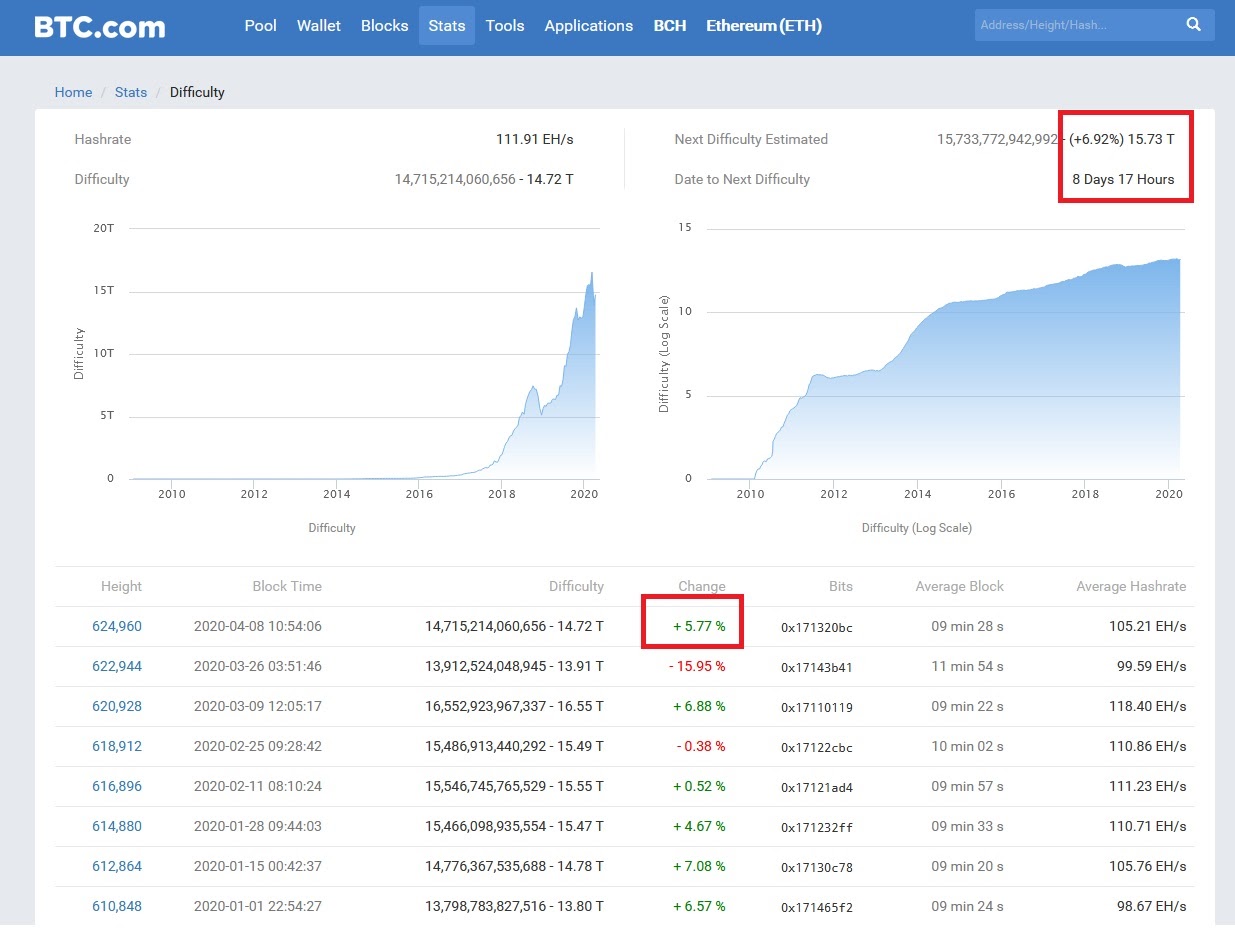 After the Black Thursday event, which saw the price of Bitcoin plummet by 50%, the mining difficulty adjustment dropped by nearly 16%. This was one of the largest drops in a single period that Bitcoin had ever seen.

However, last week saw the difficulty increase by nearly 6% and the next adjustment is already looking to increase by 7%. With only 8 days left to go, it’s highly probable that this will wipe out the negative adjustment seen this year, so does that mean that price will follow?

If the price action at the beginning of 2020 is anything to go by, it might suggest another big price surge is due over the week ahead.

Are miners dropping BCH for BTC driving the price?

Last week Bitcoin Cash (BCH) had its halving and this caused a lackluster price spike of about 11% before the digital asset slowly settled back to its pre-halving price. However, as a result of the halving, the hash rate dropped off a cliff as can be seen in the chart above.

The most likely reason for this drop is due to the fact that those mining Bitcoin Cash use exactly the same hardware as Bitcoin miners. So when faced with a 50% reduction in profitability it would make more sense to point your miners to the real Bitcoin.

With more miners heading to the Bitcoin network, it would entirely make sense that the difficulty would start to rise. This is something that I expect to continue happening over the next 30 days ahead of the real Bitcoin halving.

However, this will also lead to the difficulty in mining BCH to plummet, so this little dance is something that will cause some very interesting price action over the coming weeks.

With the growing number of miners driving up the difficulty on the Bitcoin network, a run to $9,200 isn’t something that would be unreasonable to expect before the week is over.

It still feels like Bitcoin is recovering too soon and the pullback this weekend doesn’t seem like it was enough. Should the weekly candle close below $7,100 I would first be looking at $6,750 and $6,500 as the last levels of support before opening up mid $5k range for buyers to step in.