Half of all existing MNE tokens already burned in Artemine ICO token creation. 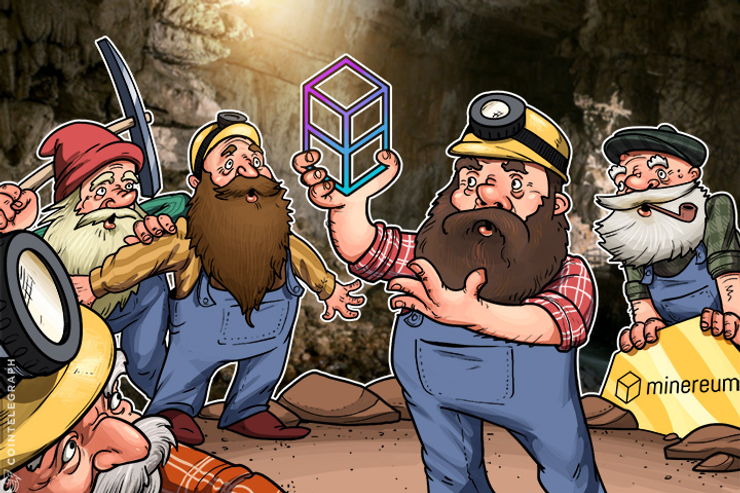 The Artemine platform has continued to gain public momentum during its ICO phase which began on Sep. 14 and will end on Oct. 14. The second platform from revolutionary Minereum (MNE), Artemine has attracted a substantial following as a smart contract mining technology with other benefits and features for its users.

The ICO has garnered substantial interest, and Artemine has already received half a million MNE tokens (worth approximately $1 mln) which is nearly half the extant supply. All the MNE received by the platform will be burned into the token creation service. Artemine will potentially create a community token from the MNE received.

Artemine has built a major breakthrough platform through the introduction of public mining, allowing individuals the opportunity for manual mining without equipment.

Further, as part of the company plan, Artemine will develop an ICO Factory, which will be an update to the Minereum Token Creation Service. The update would make it possible for anyone to start an Ethereum token for a small MNE fee.

The ICO Factory and the token creation platform allow consumers to be able to initiate a personalized ICO smart contract. This greatly simplifies the setting up of an ICO. All these new aspects in the Artemine platform are made available to users for a small amount of ARTE, the Artemine token.

More than just the freedom offered by a streamlined ICO factory, the concept of genesis addresses is introduced through the self-mining paradigm.

Artemine’s plan after its ICO will be to create an untouched marketplace by offering consumers the chance to freely sell their genesis addresses on the open market without a third party intermediary. Sales will occur through smart contracts in a peer-to-peer environment.

This information may seem overly confusing to those who are not aware of Blockchain phenomena, but this new concept brings a new possibility for a radically decentralized market to be created.

Existing market will continue where cryptocurrencies are traded, but the new platform will begin a marketplace where complete power over genesis addresses is thoroughly under the control of users.

Don’t forget to find Artemine on Twitter, or consider taking the time to analyze their detailed whitepaper. The industry-disrupting change of Minereum within the marketplace only continues with this newest release of Artemine, as proven by the wildly successful ICO.