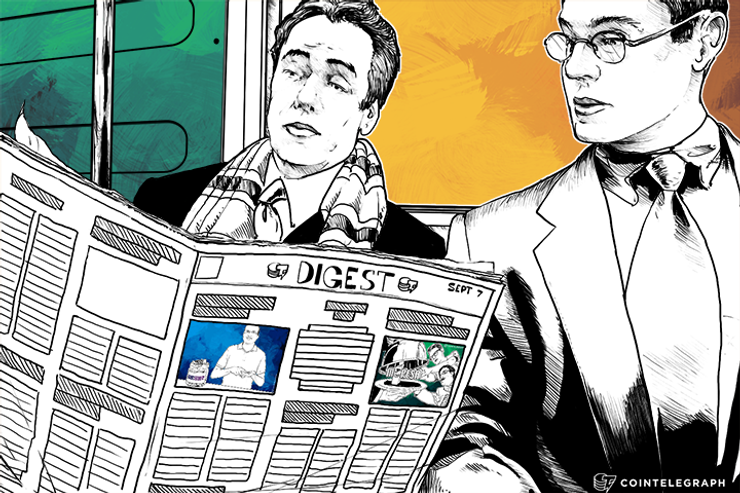 Research indicates that blackmailers may have extracted thousands of dollars in bitcoin from those seeking to buy silence in the Ashley Madison hack; the Marshals Service revealed that it is likely to auction off any remaining bitcoins confiscated from sometime in 2015, and more top stories for September 7.

Network security firm Cloudmark, Inc. Software Engineer and Research Analyst Toshiro Nishimura has found that blackmailers may have extracted thousands of dollars in bitcoin from those seeking to buy silence in the Ashley Madison hack. Nishimura and his team found 67 transactions totaling 70.35 BTC or approximately US$15,814 that fit the profile of the type of bitcoin transactions as demanded by hackers threatening to publicize information of users of the dating service for people already in a committed relationship.

The Marshals Service (USMS) revealed that it is likely to auction off any remaining bitcoins confiscated from convicted mastermind Ross Ulbricht sometime in 2015. The event will be the final auction involving bitcoins from the Silk Road investigation, with 44,336 BTC (some US$10 million) being offered up to prospective investors.

“We still don’t have any dates to announce, but do expect to [hold the event] before the end of the year.”

M-Pesa’s API to Ease Integration with Other FinTech Platforms

Safaricom, the mobile network operator behind Kenyan mobile payments system M-Pesa, has released an Application Programming Interface (API) for all developers who want to create solutions tied directly into their payment systems.

The bitcoin stress tests planned by CoinWallet could breach law, a legal professional has suggested. According to Eitan Jankelewitz, associate at law firm Sheridans, the Computer Misuse Act 1990 in the makes it an offense to deliberately cause disruption to computer systems with intent, an assessment that was first made by Bitcoin Core developer “btcdrak”.

“I’m inclined to say there is a good argument that the CoinWallet stress tests would be a breach of section 3 of the CMA 1990.”

Bitcoin based multi-player online game Chopcoin.io has officially <a href="https://cointelegraph.com/news/chopcoin-launches-with-