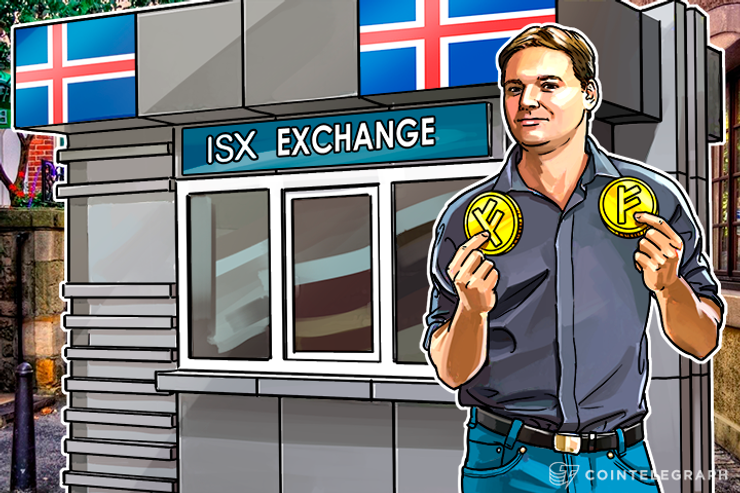 Part of a renewed push by the Auroracoin Foundation

Amid a renewed set of financial scandals in Iceland exposed by the Panama Papers, Auroracoin has made a comeback.

For the last year, the Auroracoin Foundation has made significant adoption pushes including a brand awareness advertising campaign at bus stops around the country.

According to Hermann Finnbjörnsson, board member of the Auroracoin Foundation, the opening of the ISX exchange represents a great success in this greater adoption effort.

“Opening of the exchange will be a turning point for crypto in iceland. Now people will have a real chance to embrace cryptocurrency for the first time and use their local currency to acquire it. After being restricted for 8 years under currency controls this will be a breath of fresh air into our community.”

Learning from the mistakes of the past

During the initial “airdrop” distribution of the Auroracoin, the price experienced a large spike followed by an immediate collapse.

This was due to the currency lacking proper infrastructure to deal with the massive supply inflation, as no proper currency exchange was in place and adequate merchant integration had not been pursued.

Now under the direction of the Auroracoin Foundation, the infrastructure surrounding the cryptocurrency and its adoption is looking much more promising.

An opportunity for financial liberation for Iceland

Pétur Árnason, head of the Auroracoin Foundation, sees the creation of the ISX exchange as an important first step towards providing financial freedom to the people of Iceland.

“This is the biggest thing to happen in cryptocurrencies in Iceland since the Auroracoin airdrop. The people of Iceland will finally have a chance to move from the deadweight called Icelandic Krona to a new currency in a better monetary system and to show the rest of the world that cryptocurrencies are a viable option for our future.”