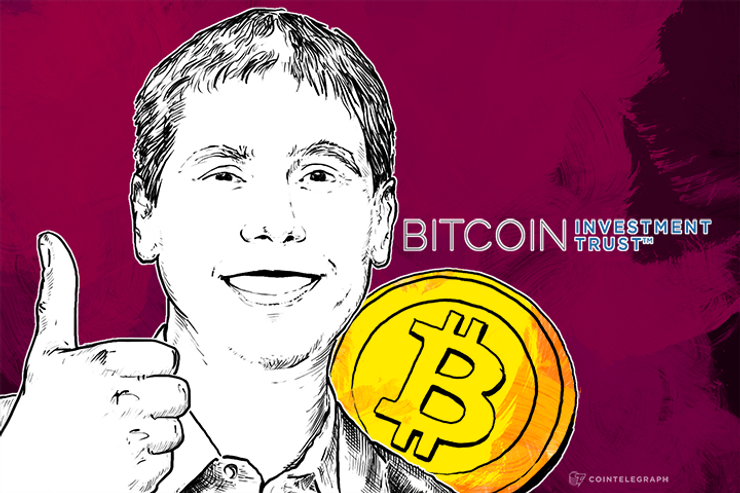 In so doing, the Bitcoin Investment Trust has become the world’s first publicly traded Bitcoin fund. The move was confirmed by Silbert on Twitter last night, who said the service, while uncertainty remained about uptake, was fully operational.

@CryptoArmada @jlaw101 @GrayscaleInvest live now, but we have no control as to when/if eligible shareholders deposit their shares and sell

Thursday also saw the fund’s approval for listing on OTC Markets Group’s OTCQX exchange, with Silbert setting his sights on the NYSE or Nasdaq in future, the Wall Street Journal reports. The fund is the first offering from Silbert’s sponsor company, Grayscale Investments, and will trade under the symbol GBTC.

As sponsor of the @BitcoinTrust, we are excited to announce that BIT shares have been approved for public quotation on OTCQX, symbol $GBTC

“We have no control over how many people chose to sell and chose to buy, that is all market-driven,” Michael Sonnenschein, director of sales & business development for Silbert’s parent company Digital Currency Group, told CoinDesk, echoing Silbert’s tweet.

“A lot of those holders already qualify for long-term [capital] gains and there are probably a decent chunk that have a cost basis lower than the current market price as the original BIT offered began just as the ascent started too take off,” said Patrick Dugan, Trading Systems Designer at Metaliquid, to Cointelegraph, when asked how the launch will affect Bitcoin. “So there's a possibility of short-term selling driven by the fund, otherwise it's likely to help drive lower trading spreads in the underlying commodity and eventually drive up the price."

We will keep you updated as the story develops.