This month DinarDirham, a decentralized gold trading platform based in Hong Kong, is launching its own wallet. 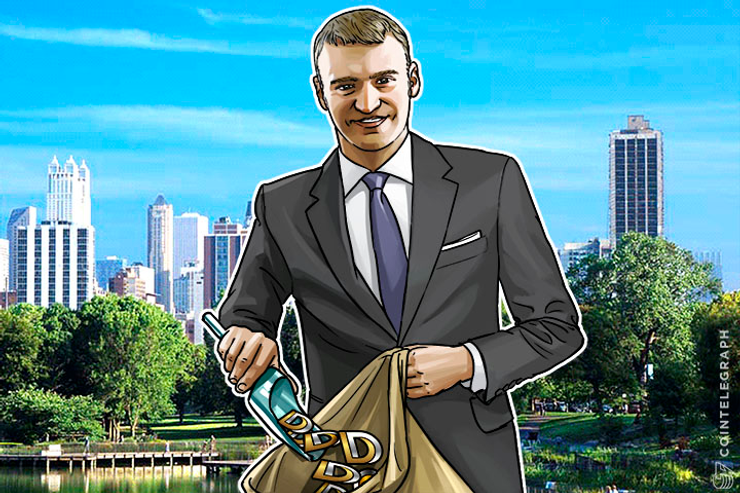 This month DinarDirham, a decentralized gold trading platform based in Hong Kong, is launching its own wallet with an in-built exchange supporting not only popular digital currencies such as Bitcoin and Ether, but also the company’s own digital assets.

In 2015, DinarDirham decided to distance itself from a simple ‘gold trading platform’ format, and its field of operation has expanded since then.

According to the company whitepaper, DinarDirham is “a company attempting to address the problem of volatility and price discovery by using the existing spot gold market as the underlying pricing mechanism for its digital currency”.

“If you have an asset that follows real-time gold price, which can be redeemed or claimed for physical gold and if you combine the benefits of digital currencies with benefits of gold as a store of value, in a transparent way, you get a match made in heaven. This is a cheap way to store, trade and use gold globally. Our unique and innovative trading technology based on blockchain makes this possible.”

Why gold and Blockchain?

Stelian Balta, CEO and co-founder of DinarDirham, explained to Cointelegraph why gold and Blockchain should work together.

“Gold is not practical to deal with in today’s global markets, because it’s really cumbersome. Using blockchain, major problems associated with trading and storing gold are being fixed. Blockchain enables transactions to be highly secure, whilst dealing costs virtually disappear.”

Ismail Malik, CEO at Blockchain Lab, agrees that gold-asset management on-the-blockchain holds great potential in reducing friction and enabling trusted transfer of digital gold tokens, transactions and settlements. He believes that Blockchain as a public distributed ledger technology allows for immutability and transparent accounting of all transactions as a forgery-proof record of transactions is stored on thousands of nodes across the world so that it is practically impossible to manipulate or more importantly fraudulently change ownership records.

“My personal belief is that blockchain tech will usher in a new level of transparency and security which will add significant value to the gold industry whilst increasing the number of participants leveraging gold as an asset.”

Manie Eagar, Founder and CEO at DIGFIN - The Future Of Money, notes that with digital tokens linked to an immutable distributed ledger (the blockchain) offering the capacity to register, store and transfer assets, it was only logical for goldbugs to start looking at the ‘digitization’ of their assets.

Bitcoin and Ethereum in gold industry

DinarDirham’s spectrum of services goes beyond the simple trading and exchange of digital (BTC, ETH) and fiat (USD, EUR) money; in addition to that, every client has an option to invest their money by buying physical gold.

Fresh gold price data is tracked by DinarDirham in real time, which allows the users to make the most conscious and informed investment decisions.

Right now, most of the company’s solutions are built based on Bitcoin 2.0 and its principal structures - Bitcoin’s Blockchain and Ethereum’s Blockchain.

But that list is to be continued: the company is closely considering a further blockchain-based system for further development and is currently being researched by DinarDirham.

Two key developments of DinarDirham are the smart contract system GoldSmartContracts, and DinarCoin - a crypto token and a digital currency, built on top of the Ethereum Blockchain.

In addition to all the basic qualities of a digital currency: anonymity, decentralization, open-source availability, and liquidity, DinarCoin has one unique and innovative feature: its value is pegged to and backed by real physical gold, and is comparable to a gold spot contract (XAU).

Thus, being tied to the precious metal, the currency is maximally protected from inflation. Using MT4 trading platform custom-built solutions, DinarDirham is