Ann Rivers, a Washington State senator, introduced last week a bill to ban the use of bitcoin in purchasing or selling marijuana-related products. 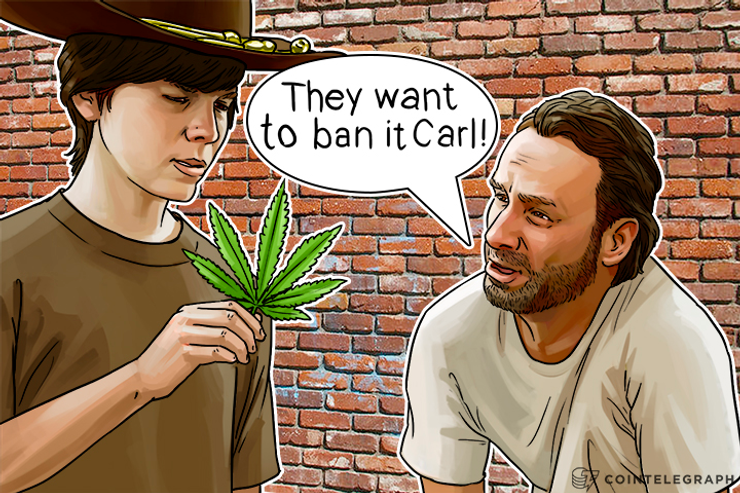 Ann Rivers, a Washington State senator, introduced a bill last week to ban the use of Bitcoin in purchasing or selling marijuana-related products.

Rivers claims that Bitcoin isn’t transparent enough to be used as the underlying currency of the marijuana industry. She noted in the bill that Bitcoin does not have an actual value recognized by the US government.

The logic and reasoning behind Rivers and the senate in pushing such a bill are severely flawed. Over the past two years, regulators have put in efforts in an attempt to regulate the marijuana industry across the US. Many states have already legalized marijuana, acknowledging the medical benefits of the product and the magnitude of the market.

Yet a group of regulators is trying to slow down the growth of the marijuana industry by effectively eliminating any financial services being offered to the industry. Banks are denying services to industry leaders after being pressured by the government. Financial service providers are skeptical towards providing the necessary infrastructure to facilitate the transfer of money.

In the end, marijuana businesses are left with cash, the most anonymous form of money in existence. Bitcoin transactions can be traced down using the Bitcoin public Blockchain. KYC policies set in place by Bitcoin exchanges can be used to track down exact identities of users using Bitcoin to launder money.

With cash, however, it is virtually impossible to trace the origin of money or payments. The government leaves the marijuana industry with the most anonymous form of money and is trying to ban Bitcoin’s involvement within the industry for being opaque and not transparent.

Thus, if it truly is the intent of the government to eliminate anonymity in money transfers, the government has to ban cash and re-introduce banking services to marijuana businesses for greater transparency. In fact, Bitcoin has to be encouraged as it is a more transparent form of money in contrast to cash as of now.

Related News
The Strange Case of CCN and the Google June 2019 Core Update
Startup Brings Crypto Payment Option to Over 730 Locations Worldwide
Bitcoin Is Becoming More Valuable to Iranians Amid Tensions With US
The Blockchain Approach to Customer Relationship Management
New Hampshire’s Second Bill to Accept Bitcoin as Tax Payment Fails
Report: Hamas, Iran-Tied Militants Intensify Bitcoin Fundraising Action
<div is="sidebar" :sidebar-data="{"promoButtonsI18n":{"crypto-button":{"url":"crypto.btn.sidebar.url","label":"Get Crypto At True Cost\n","text":"Cryptoassets are complex instruments and investments carry a high risk of losing value. You should educate yourself in how crypto-markets work before making any investments. Always invest responsibly and be prepared for the risks associated with investing in or using cryptoassets. This promotion cannot be considered investment advice."},"etoro-button":{"url":"https:\/\/ad.doubleclick.net\/ddm\/clk\/437480595;240556498;x","label":"Try Etoro","text":"Trade on the world’s leading social trading platform (Highly volatile investment product. Your capital is at risk)"},"hitbtc-button":{"url":"https:\/\/hitbtc.com\/?ref_id=5cba0be404aa3","label":"BEST LIQUIDITY ON HITBTC","text":"Note that all trading strategies are to be used at your own risk. Before trading, we recommend to make sure that you have a clear understanding of cryptocurrencies and how they are traded."},"changelly-button":{"url":"https:\/\/changelly.com?utm_source=cointelegraph&utm_medium=referral&utm_campaign=changellyctengbutton&ref_id=le9ssi8dgmskmqu0","label":"BEST RATES ON CHANGELLY","text":"This is to note that you should realize all crypto trading risks. Please make sure that you understand how crypto exchange service works."},"nexo-button":{"url":"https:\/\/nexo.io\/?utm_source=cointelegraph&utm_medium=fixed&utm_term=content&utm_content=crypto_banking_account&utm_campaign=nexoeverywhere","label":"CRYPTO BANKING ACCOUNT","text