With Bitcoin block size debate issues, some investors are switching to Altcoins

Bitcoin has been having block size limit issues for quite some time. As a result, there have been debates as to whether Bitcoin should increase its block size in order to cater to more investors.

While Bitcoin has a few scaling options, it appears that a number of Bitcoin investors have been switching to altcoins, according to Roger Ver.

Investors have switched to altcoins

Ver’s tweet shows how other cryptocurrencies have gained momentum as a result of the block size issue. 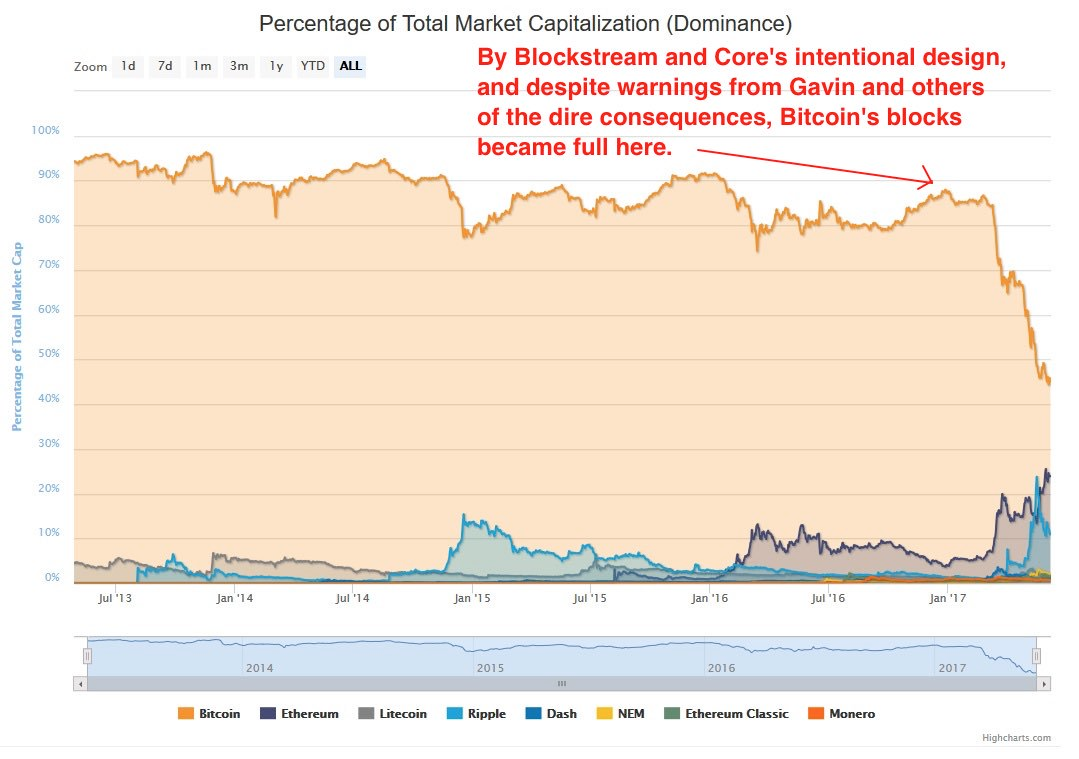 Before the Bitcoin block size issue is fixed, there remain many other crucial issues that users have been experiencing this year which, as a result, have affected investors. Aside from the block size issue, there have also been problems such as delayed confirmations and high transaction fees. While these problems have dragged on since last year, they only seem to have escalated in the middle of 2017.

Opportunities for other cryptocurrencies

Meanwhile, Ethereum has seen a rise in value this year and has been slowly sharing the spotlight with Bitcoin. With such issues still unresolved, it presents an opportunity for other cryptocurrencies such as Ethereum, Ripple, Litecoin and many others to become noticed.