Hermann Djoumessi says Bitcoin could be the engine for African growth which will definitely fuel the continent's great leap forward. In his judgment, this is a sweeping knowledge and technology jump that is expected to happen within the next five years. 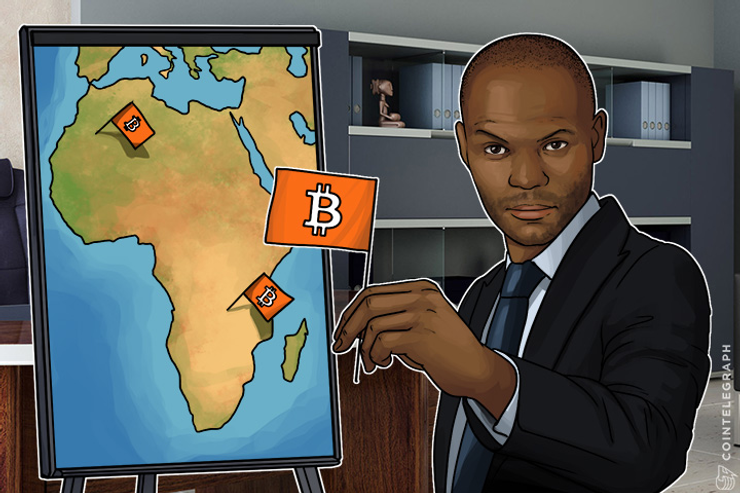 Hermann Djoumessi, CEO of Africa Digital MarketPlace, says Bitcoin could be the engine for African growth which will definitely fuel the continent's great leap forward. In his judgment, it will be a sweeping knowledge and technology jump that is expected to happen within the next five years.

Djoumessi believes the continent holds huge potential in its youth and coupled with the right education, beautiful things could happen.

He told Cointelegraph that the technology is available for all and while it can be difficult to master or understand at first, people have to jump into the unknown. He explains:

"Like when you go and watch a sci-fi movie, you believe in what you see on the screen - for an hour and a half, of course. Bitcoin is the same. It's money as email, or “social media as money.” If you live in the XXI century, you would understand quickly, that this is where the future is.”

In a continent where inflation is replete, the expert sees Bitcoin as a safe zone for Africans to protect their wealth.

In June last year, a study of ten African Countries with high inflation rates had South Sudan recording an unthinkable inflationary rate of 295 percent. Egypt had the lowest with 12.3 percent. Governments in the African continent are notoriously noted for destroying the wealth of its people through money printing.

Djoumessi thinks the end of paper money is near, predicting the process will begin in Africa and the Middle East. Djoumessi explains:

"Bitcoin should be the “fly to safety” currency for all. However, one needs to remain careful and needs to start to understand that paper money as we know it is about to disappear. Therefore, one needs to have and carry a mix of cryptocurrencies and should always play one against another when times changes.”

He adds: “It's money, it's bound to fluctuate, to go up and down, to boom and bust later. It is a new paradigm, where we are going to have to educate ourselves and understand the different systems around. Definitely, Africa will be the first continent to abandon paper money altogether or the Middle East with governments like Dubai, UAE adopting Blockchain technologies.”

What about labeling Bitcoin as a vehicle aiding terrorism?

Djoumessi had this to say:

"It's just part of “project fear.” Somehow, some of us need to resist technology. It is as old as the world. Ancient and moderns often square up. I don't think they should fear anything from crypto technology. It is safe, it is clean and it will open up new borders to all. What is mostly needed is education. Once educated you won't feel the need to block or prevent it, because you'll have mastered the new knowledge."

The founder of Africa Digital MarketPlace agrees that adoption in the continent is irritatingly slow but we can conquer that hurdle through trust, evangelisation and connections.

"A purely “commercial” operation has never reached the mainstream. You have to communicate to reach deeper," Djoumessi asserted.

“It is strange to believe that algorithms would do the job of convincing human beings! People need to be talked to. It doesn't matter how smart is your software!"

He concurs that governments can be a hindrance to adoption, just like they have been to economic and financial freedom: "Many hazards will come in the way of the deployment of the new technology. One is energy, the second is data centers, the third is infrastructure, financing, education, etc. There is a lot of work to be done, for sure.”

Furthermore, it is his belief that part of the job of crypto advocates is to convince governments as well about Bitcoin, not just the masses, and ultimately technology will be on the side of the cryptos. In situations where nations resist it, Djoumessi warns of capital flight to other economies: "The risk is that they might fly elsewhere and enrich someone else's economy. Cross-border crypto “flight to safety” will disrupt neighboring economies." He added that in this new technology as of disruption, even states can be disrupted, and the best means to protect yourself is education.

Looking into the future, he concluded: "The future of Bitcoin in Africa is bright. The entire continent will be using cryptocurrencies as an instrument for growth. Cryptocurrencies will fuel the tech boom in Africa."