Bitcoin Mixer: How to Secure Your Identity

To choose the right Bitcoin mixer, you should consider all the characteristics of the main platforms. 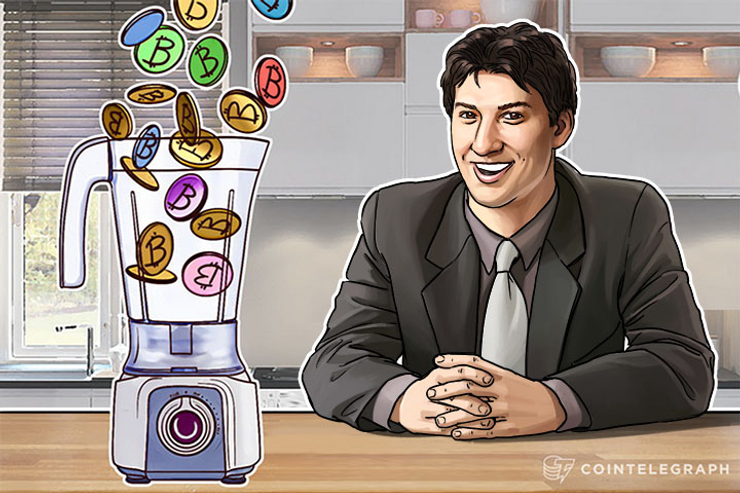 Bitcoin was designed as an anonymous and decentralized currency. But transactions are never truly anonymous, as they are recorded and available on the Blockchain — the distributed ledger which keeps a record of every Bitcoin transaction.

When you use Bitcoin to pay for goods and services, you need to provide your name and address to the seller for delivery purposes. This means that a third party can trace your transactions and find ID information. This is the reason why there are such services as Bitcoin mixer, for example, which allows you to exchange your Bitcoins for different ones which cannot be associated with the original owner.

“You cannot overcome the general principles of the Bitcoin network, that means in the end you can only make it very complicated to track individual coins, but still you can track every coin back to the block where the coin was mined.”

One of these platforms is CryptoMixer and its spokesperson tells Cointelegraph:

“We do not track the source of funds’ services. The one who has signed the transaction is considered to be a valid owner of the coins. The thing we are responsible for is providing you with good and secured mixing algorithms and making your experience fast and reliable.”

CryptoMixer is rather different from Bitmixer; it has a mobile version of the website and an attractive affiliate program. It is also preparing to launch an Altcoin mixing feature.

“We are already on an internal test phase — it is what everybody was asking us to do and we did it, although I'm sure we’re not the only ones. Anyway, we believe it is always good for the market when there are several players. We think that customers always win when they have a choice.”

Why should you use a Bitcoin mixer tool, if you don’t have any legal concerns? Well, the Blockchain doesn’t allow transactions to be traced but it makes it possible to see the amount of coins that are  currently stored on your Bitcoin address. Thus, if you prefer not to show how many Bitcoins you have, a Bitcoin mixer looks like a good solution for privacy-related issues.

According to Michael Dalesandro, RockitCoin CEO, a Bitcoin mixer could be very useful:

“It’s interesting because on the surface you could say there is no reason for it, but you only need to look at the stock market to see its potential. You don’t know the individual or firm’s name buying or selling stock, you only know the clearing firm's name. So, if you were Carl Icahn buying a large position you would not want anyone to know. It is the concept of being more anonymous.”

Mixer and the block size debate

But the block size limit of the Bitcoin network makes mixing more expensive.

“The block size limit makes mixing more expensive when fees for the transactions go up.  This is good in the sense that those people using the network with "spam" transactions like the mixing transactions pay for the cost of the network usage, and in most cases of legitimate Bitcoin usage a mixing is not required. The regular use of, say, HD wallets is more than enough to keep sufficient anonymity on a day-to-day basis.”