While bitcoin price peaked US$376 across major bitcoin exchanges including Coinbase, Kraken and Bitfinex due to the surging demand from Chinese investors, whose local exchanges are seeing prices of US$400 per bitcoin. 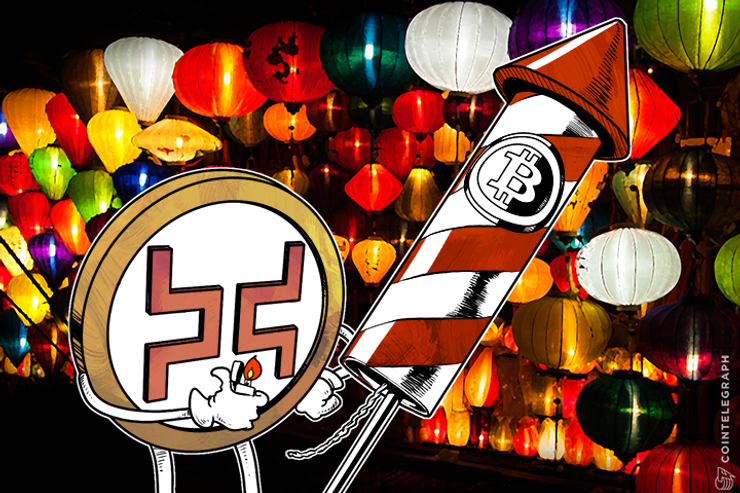 Since the Chinese government imposed capital controls in early September to prevent currency outflow, the bitcoin price as well as the user-base of major Chinese bitcoin exchanges including OKCoin and Huobi have been increasing at an incredible rate.

On October 22, the EU Court of Justice also ruled that bitcoin exchanges are exempt from VAT in a landmark ruling, which according to Huobi have become one of the vital factors of the ever-increasing demands of Chinese buyers.

"Bitcoin price hitting $400 on Huobi shows the passion and enthusiasm of the investors and their positive attitudes towards bitcoin. We believe that it took benefits from the clear positioning and definition of bitcoin among European countries recently,” a Huobi spokesperson told Cointelegraph.

The rising demand of bitcoin has also boosted the mining industry in China, the company explained.

“The current spike in BTC price has already boosted the mining industry in China. For instance, the price of miners has experienced a 30% growth recently. Rise in bitcoin price will attract more startups to engage in bitcoin application, pushing the industry development in a right direction.”

With the current international rates, it is a perfect time for an arbitrager to earn profits between markets. For example, both OKCoin and Huobi are displaying an average price of US$401.4, at the time of writing - around 10% higher that of international bitcoin exchange rates.

Marketcap returns to above $5M

Due to the surge of trading volume in both Chinese and international bitcoin exchanges, the bitcoin market cap surpassed US$5.69 billion today, recording a whopping 14.58% increase within 24 hours.

Incredible new user growth for @OKCoinBTC USD and CNY. Two dozen plus handling KYC and customer service. We can onboard within 24-48 hours.