The Bitcoin enthusiasts are really devoted people to the idea of cryptocurrencies. They not only spread the information on the matter online and offline. 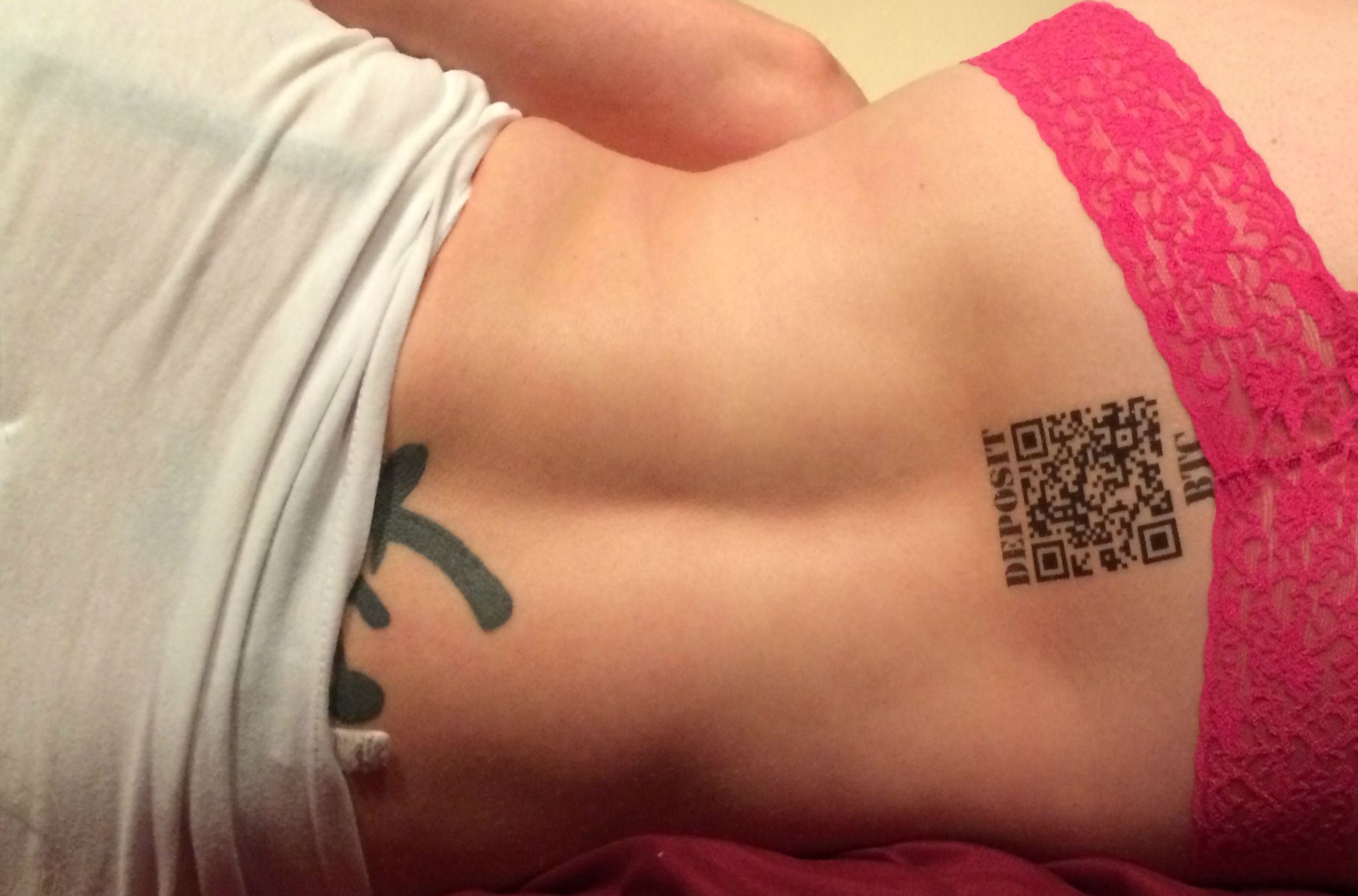 The Bitcoin enthusiasts are really devoted people to the idea of cryptocurrencies. They not only spread the information on the matter online and offline, attempt to use their coins to make most of the purchases and to pay services, try to persuade people from their environment to set up a wallet and covert fiat money to digital, but also try to emphasize their dedication in most remarkable and surprising ways. The mostly irreversible and painful method of promotion is applying of a drawing on their body, to decorate the skin with Bitcoin-themed tattoos.

Each and every of the images populated on the web is differently styled, monochrome or multicolored, small getting lost among other tattoos or first attempt to get acquainted with the sub-culture, but each and every symbolizes acceptance and appreciation of the most advanced modern technology. At present time there are at least 7 “masterpieces” presented by 8 persons.

The owner of the QR code of his Bitcoin wallet on the hip (it is an assumption made by observing the image) is known. His name is Nai Saephan and he is from Whidbey Island in Washington, USA. The image is rather big, features the text “Bitcoin accepted here” and the only question that might be reasonable in this case is – where is this “here”?

A similar graphic has been placed on the loin of a very young girl (also determined after a populated on the web image). The text says “Deposit BTC” and is an interesting alternative to liana, dragons or hearts for creative ladies.

A family affair was the decision of a father and son that decided decorate their shoulder blades with the same pictures of an asteroid- or moon-like celestial body with an improvised flag of Bitcoin. The only thing known is that the drawing was made during the enormous rise of the price of Bitcoin during the end of 2013 to celebrate the occasion.

Coin-like images is another popular group of tattoos. The first one was applied by a girl in 2011 at the lover part of the stomach. She is believed to be the pioneer of this movement, but the name is still unknown to the wide society. It is performed in color and is of a size of real physical coin. A Northern Virginia inhabitant has chosen a similar pattern to be placed on his forearm.

The biggest known example of art meeting cryptographic currencies is the text “Bitcoin for Life” on a broad upper back of a guy, whose name is also unknown to us. Remembering the current prices of the coin can be assumed that the coin lifts one better than any kind of wings, commonly met on this part of the body.

However, the most famous tattoo was a plain Bitcoin currency logo. It is distinguished from others by the fact that it was also paid in Bitcoin.

Anyway, considering making a similar drawing on pure skin or accustomed to pain body, keep in mind that temporal things are passing, but true art is eternal – make the choice consciously, with no pressure from the fashion. In case, dear readers, some of you already have a Bitcoin tattoo, but were not mentioned in the article – contact the Cointelegraph and our journalists would be pleased to feature an article about you.