Several observers from the Bitfinex community are pointing out severe problems with money withdrawal on the exchange, which might lead to it becoming “the next MtGox”. The risk may be related to the connection between Tether and Bitfinex and the concerns regarding redacted information that would normally be included in an audit.

Some users are claiming that the company is putting its users at risk and will eventually result in major losses through fraudulent trading practices. According to one concerned Twitter user, ‘Bitfinex’ed’: 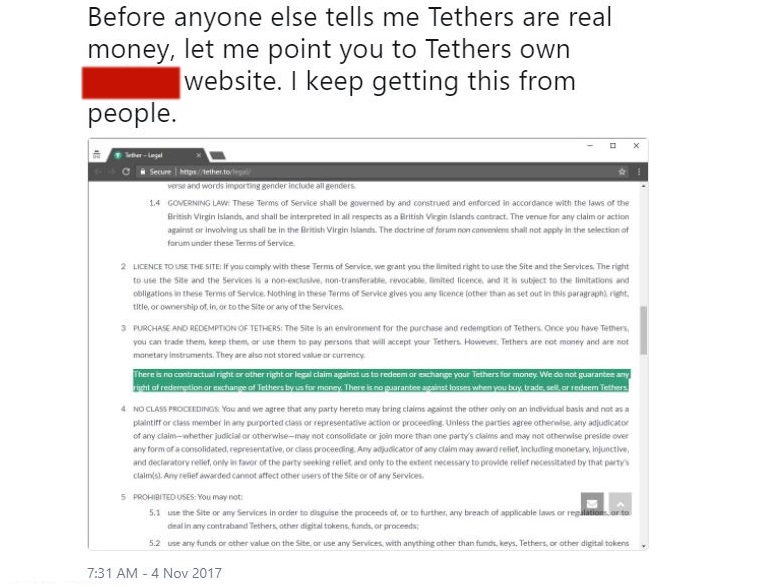 Further, concerned users are noticing large price swings and comparing those to Bitfinex’s margined trading practices. These users on Twitter are concerned that the market is being moved by large-scale trades. Consider the following comment via Twitter:

This guy gets it. When you then also factor in that they are wash trading with the funds, 500M liquidity (or a few billion leveraged liquidity), they can pretty much decide the price all on their own.

Bitfinex the next MtGox?

Obviously the risk of over-inflation of bad news is real. Consumers are anxious about their financial status and can offer risk assessments that are built more on anxiety than on actual analysis. Nevertheless, many of the concerned users seem to be making specific observations public along with careful analysis.

The user Bitfinex’ed, for example, has a lengthy Medium article explaining the profound concerns he sees within the Bitfinex/Tether partnership. Another user on Twitter offered similar concerns regarding price manipulation, saying:

Bitfinex is the next MtGox. People are starting to scream about it in droves. It’s becoming a big problem. This is exactly how the MtGox crash began and then poof. It was gone along with millions in user funds https://t.co/oIsUrJkGVy

Assuming the best about Bitfinex, it would seem to be good business practice to make their internal workings clear in light of the general public anxiety. Cointelegraph has reached out to Bitfinex to ask them to clarify the situation and will update this story as soon as any commentary is issued.