A new blockchain platform says it will enhance accountability in politics by scoring lawmakers based on their performance. 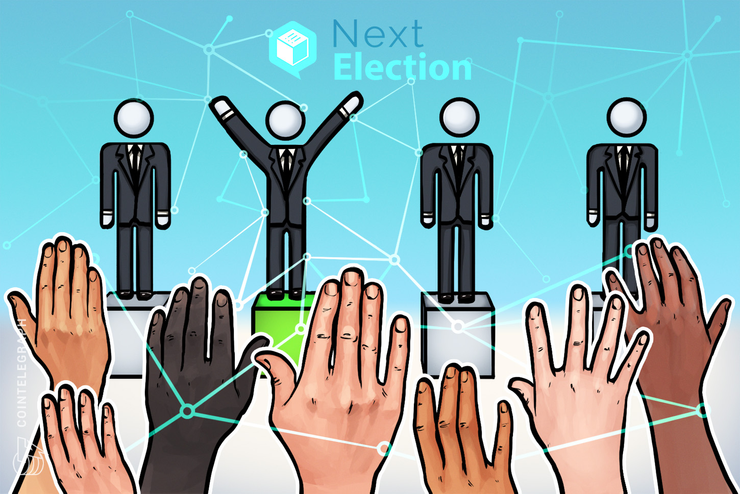 An upcoming blockchain platform says it is determined to bring greater levels of transparency and accountability to the world of politics – creating a system where lawmakers and their policies are given scores by the electorate.

According to NextElection, many democracies around the world struggle to effectively scrutinize elected representatives during their time in office, and it can be difficult for voters to get their voices heard when an unsavory policy has the potential to have a detrimental effect on their lives. This can leave many people disillusioned with politics altogether – and in some cases, politicians embroiled in major scandals survive unscathed. Without accountability, the project says democracies run the risk of becoming autocracies, and eventually turning into dictatorships.

Its platform aims to inject trust back into political discourse, while also helping voters cut out the noise and focus on information that really matters. A user who is concerned about a particular issue – such as immigration, gun control, air pollution or taxation – will be able to access a “continuous stream of content and updates” focused on that topic alone. They will also be able to receive feeds devoted to individual elected politicians and appointed officials, as well as election developments in single constituencies.

As an example, a feed about a politician would include a biography, a sentiment meter which shows how other voters perceive their performance and voting record, and links to other lawmakers they may be associated with. For floating voters who are unsure about who to support, such information could prove vital when they are deciding how to cast their ballot.

“A rich visualization of issues”

NextElection says issues will be regarded as “building blocks” on its platform – enabling users to raise their concerns, and cast votes on the problems that matter most to them. Issues which affect the greatest number of people would gain higher levels of prominence.

A user’s worries can also vary depending on whether they are thinking about the city or province where they live or the country as a whole, and this is why the platform’s dashboard can be altered based on geography. Thanks to this, a citizen can discuss an issue affecting their local area – such as access to clean drinking water – while also having their say on nationally decided matters such as taxation, welfare, and employment.

The blockchain platform hopes that politicians will begin to use its technology to perform “real-time performance appraisals” – helping governments to understand which issues are regarded as urgent by the people they serve. NextElection envisages becoming a vital part of the political world where the careers of lawmakers can hinge upon the rating they have on its platform, with political parties losing support and even elections if they fail to take heed of what the public is telling them.

To help users make an informed decision at the ballot box, NextElection also plans to offer historical analysis featuring data about a politician or a party’s record on a particular issue – with timelines that show how their scorecard has evolved. It is hoped that this will help voters think in greater detail about long-term performance rather than attractive policies which are unveiled during a campaign to garner last-minute support.

NextElection – which is based in India, the UK and the US – wants politics to make a difference all the time, and not just during elections.

The platform intends to launch in June. Screenshots of its product, including mockups of how it will look, have already been uploaded to its website.

Over time, it is also hoped that its technology will have a positive impact on journalism, helping news outlets to devote greater attention to issues which matter most to the people.