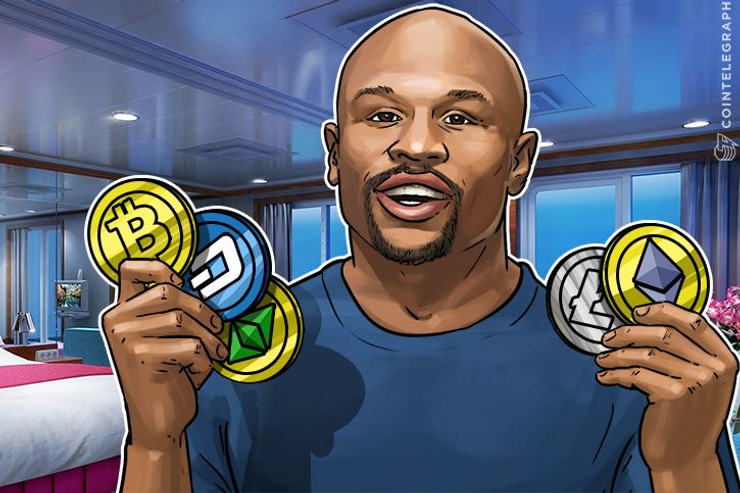 The move was made by the controversial boxer despite the crackdown being launched by various governments around the world on the new method of raising funds by startups.

In his latest Twitter post, Mayweather claimed that he is already using his Titanium Centra card to use digital currencies like Bitcoin and Ethereum in his business transactions. Centra is eyeing to launch its cryptocurrency debit card to the commercial market after its successful ICO.

Spending bitcoins ethereum and other types of cryptocurrency in Beverly Hill https://t.co/q9VZ3MzpK8 pic.twitter.com/BYyOFUnm8W

Centra’s ICO is already the third ICO being promoted by Mayweather. In the past months, the flamboyant boxer has endorsed the ICOs of the prediction market project Stox and the media tech company Hubii Network. The two companies, however, have yet to prove their worth in the market. It remains to be seen if Centra will perform any better, as there is a lot of competition in the debit card market today.

Campaigns by global governments against ICOs

Mayweather’s endorsement of the Centra ICO comes amidst a global crackdown on the new fundraising method. In the US, the Securities and Exchange Commission (SEC) is increasing its efforts to scrutinize the cryptocurrency market. The agency has also issued warnings against potential ICO scams and “pump and dump” schemes by public companies.

In China, the government is reportedly planning to impose tough regulations on the digital currency market. The latest reports claimed that authorities have already mandated Beijing-based virtual currency exchanges to stop their trading operations and immediately inform clients about their closures.

The authorities also ordered the exchanges to stop allowing new user registrations and to report to the government the steps they are taking to allow users to make withdrawals in a risk-free manner.