The California State Senate and Assembly passed a bill in early September that amends the state’s Money Transmission Act. 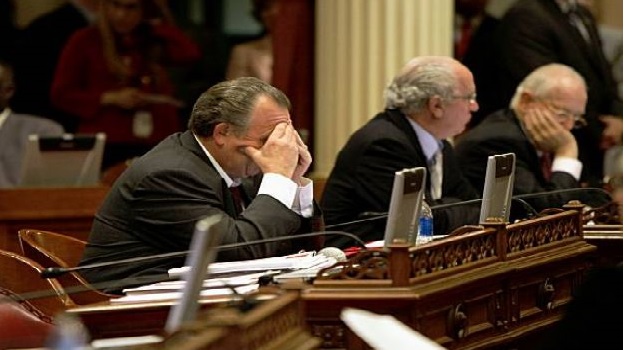 The California State Senate and Assembly passed a bill in early September that amends the state’s Money Transmission Act.

Here are the three things that could benefit Bitcoin companies if Gov. Brown signs it into law:

Capital requirements will be reduced for money transmission licensees.

Payroll companies will get an exemption.

Providers of goods and services will get an exemption on certain money transmissions.

Currently, companies licensed to transmit funds have a minimum capital requirement of $500,000. This would be cut in half, opening up the market to smaller and leaner money transmitters.

Of concern, though, is that the Commissioner of the Department of Business Oversight has the power to raise that minimum requirement at will. This big loophole could be ripe for exploitation, and Bitcoin businesses should be wary of this clause in the event the currency falls out of favor in California.

Payroll companies will also be exempt from licensing requirements, which could be a big opportunity for Bitcoin payroll startups.

Finally, any providers of goods and services who have to transmit money as a natural part of business operations could get an exemption from standard time limits. The Genesis Blog gives the example of AirBNB, which has to transfer funds between a property’s owner and a renter simply to facilitate the sale of its service.

This is worth watching because changes at the state level could affect reinterpretations of what it means to be a money transmitter at the federal level.

It’s also nice to see California making an effort to accommodate Bitcoin after its cease-and-desist letter to the Bitcoin Foundation, which it claimed was an unlicensed money transmitter as defined by the Money Transmission Act.