Cambridge experts argue over whether or not Bitcoin is a bubble. The answer depends on who you ask and how you define the coin.

Is Bitcoin actually a bubble? The answer depends on which Cambridge expert you ask. 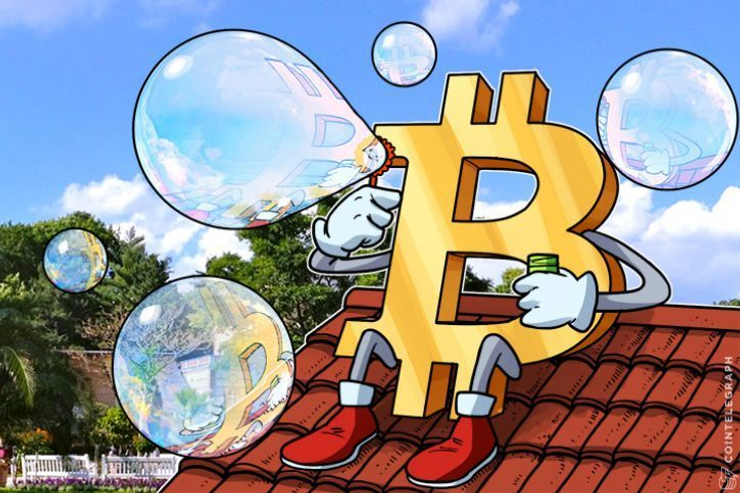 Today, the local newspaper reported an ongoing discussion on Bitcoin’s rapidly growing value amongst Cambridge experts, whose opinions on the subject vary. Yarovaya, a lecturer in accounting and finance at Anglia Ruskin University (ARU), commented on a study on Bitcoin she co-authored at the university:

Specifically addressing the issue of energy use for Bitcoin mining, she stated:

“I think yes we should be worried. Of course it will have a negative impact on the environment, it’s not an energy-efficient process. The spectrum of Bitcoin’s popularity has to be a concern for a society.”

Bitcoin as a currency

As Bitcoin prices exploded to over $20,000 in some markets before tailing off this week, the question of whether or not the cryptocurrency’s notable growth is a bubble has enveloped more and more sections of the global economy.

Academia has been less vocal than mainstream media and economists on the question. However, Yarovaya’s study of Bitcoin, which looks at the performance of the coin specifically as a currency, makes fairly clear-cut conclusions:

“Our evidence finds that the price of Bitcoin has been artificially inflated by speculative investment, putting it in a bubble.”

Bitcoin as an asset

Others in the Cambridge discussion see the situation differently. Michael Rauchs, head of cryptocurrency and Blockchain at the Cambridge Centre for Alternative Finance, noted that whether or not Bitcoin is a bubble very much depends on how you define the coin itself. His view is that as a currency, Bitcoin is in fact a bubble, as the ARU study says. But as an investment, it’s not necessarily doomed to undergo a bubble-like pop.

However, even as an asset or tool for investment, according to Yarovaya Bitcoin is still a bubble. She argued that the digital asset has no “true value:”

“I believe even as an investment it’s in a bubble. As an investment, the true value of Bitcoin is potentially zero. It’s not gold, it has no true value. The price is higher than the true fundamental value so sooner or later the investors’ preferences (regarding) Bitcoin and cryptocurrency will change and the bubble will burst.”

More bullish still was data analytics CEO Richard Baker, who forecast Bitcoin prices having “some way to go” before hitting a peak, due principally to the launch of futures this month.

Emily Mackaym, alternative lender at TAB Capital, meanwhile was more cautious, pointing out that Bitcoin’s performance is very much tied to what people think of it:

“The very mention of the word ‘bubble’ could have a self-fulfilling effect of moderating demand too. We live in an age where anything can happen, so I’m not going to try to predict this one!”

Bitcoin had lost around six percent in the 24 hours to press time according to cross-exchange data, trading at an average of $15,800.