Can You Privately Buy Privacy-Focused Cryptocurrencies? Cash for Dash and Monero

Dash and Monero are supposedly more private than Bitcoin, but can you buy them privately? Here are the cash-buying options available for the two original private coins. 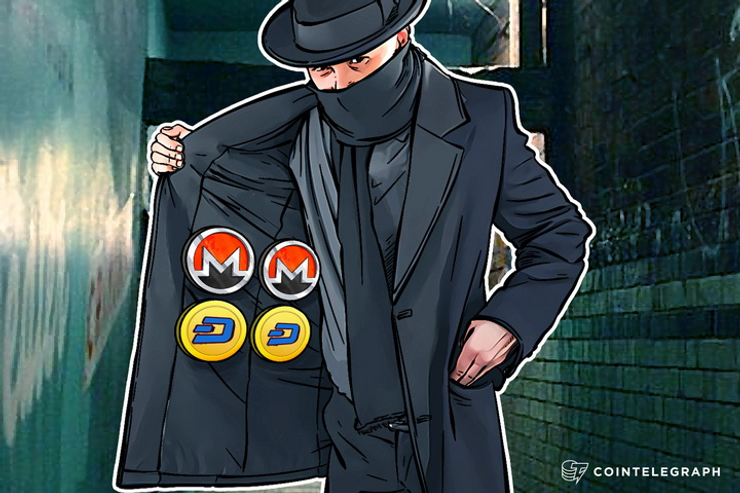 Dash and Monero, two of the top ten cryptocurrencies, gained the following based on their improved privacy options. Monero is ranked as the most privatized money in the world, and while Dash has shifted focus to usability and a robust governance since abandoning the Darkcoin branding, it nonetheless features a Private-Send option for even more anonymous transactions. While both of these currencies certainly boast greater technical features than Bitcoin in the privacy department, the strength of these privacy offerings is diminished without a way to obtain them privately, especially without first going through Bitcoin.

The importance of cash for cryptocurrency

Privately buying cryptocurrency for cash is essential to the growth and reliability of currencies for a number of reasons. To begin with, it allows a coin to become independent from Bitcoin, reducing the risk of having its supply compromised. Secondly, it provides a window to cash buying aids in public value perception, as users who view cash as money also view cryptocurrency as something of value, as it can be sold for the money of their perception. Finally, it allows for privacy, since users are able to acquire the cryptocurrency without leaving a financial trail tied to their identity.

Currently, few public cash for Monero buying options exist. Two sites found with a peer-to-peer listing for cash buying are MoneroForCash and MoneroClub. Neither was able to supply hard data on transaction volume, though some inferences can be made by the quantity listed. MoneroForCash only allows a very few buy and sell orders currently, in minor amounts. MoneroClub, on the other hand, it presently has 60 offers listed globally, some for as high as 50,000 XMR. While it is not possible to tell the percentage of these offers the end up going through to sale, a general sense for how much trading that occurs can be deduced.

Presently, Dash lacks a formalized cash buying mechanism. However, a strong activity exists across the spectrum of individual buyers and sellers. Cointelegraph contacted one anonymous buyer in particular who alone is responsible for a significant amount of Dash trading volume. While frequently dealing with several thousands of units of Dash from multiple buyers every month, recently the seller has been processing an order for 100,000 Dash, with another 50,000 on the way:

“Yep sure, plenty of new enquiries, one today for 2,500 DASH, I also heard… that the 100k DASH buyers who are 73% done now will want an additional 50k DASH after they complete that.”

While the more private cryptocurrencies are making attempts at building reliable cash markets, Bitcoin still has the clear advantage. From a plethora of local meetups to hundreds of BTMs worldwide, options about for walking up and privately acquiring Bitcoin for cash. Additionally, peer-to-peer over-the-counter Bitcoin exchanges such as Wall of Coins and LocalBitcoins make it easy for potential users to go directly to a single service and then quickly buy and sell Bitcoin anonymously for cash.

Both Dash and Monero have shown promises in taking Bitcoin’s original vision for financial privacy and independence a step further. For that promise to be fully realized, however, both require better infrastructural support for cash buying, rather than being so frequently tied to Bitcoin.

Related News
Binance KYC Breach — Did It Happen, and If So, Who’s to Blame?
Excitement for Exchange as USDT Linear Perpetual Contracts Launch
Why ‘Setup’ Matters for Cryptocurrency Privacy
Remaining Anonymous: Which Crypto Privacy Solution Works Best?
Coronavirus Pandemic Reminds Us That Security Is Important During the Zoom Boom
Amid Widespread Privacy Coin Delistings, Bitstamp Considers Zcash Support
<div is="sidebar" :sidebar-data="{"promoButtonsI18n":{"crypto-button":{"url":"crypto.btn.sidebar.url","label":"Get Crypto At True Cost\n","text":"Cryptoassets are complex instruments and investments carry a high risk of losing value. You should educate yourself in how crypto-markets work before making any investments. Always invest responsibly and be prepared for the risks associated with investing in or using cryptoassets. This promotion cannot be considered investment advice."},"etoro-button":{"url":"etoro.btn.sidebar.url","label":"Join eToro","text":"Crypto assets are a high-risk investment. You should consider whether you understand the possibility of losing money due to leverage. None of the material should be considered as investment advice."},"hitbtc-button":{"url":"https:\/\/hitbtc.com\/?ref_id=5cba0be404aa3","label":"BEST LIQUIDITY ON HITBTC","text":"Note that all trading strategies are to be used at your own risk. Before trading, we recommend to make sure that you have a clear understanding of cryptocurrencies and how they are traded."},"changelly-button":{"url":"https:\/\/changelly.com?utm_source=cointelegraph&utm_medium=referral&utm_campaign=changellyctengbutton&ref_id=le9ssi8dgmskmqu0","label":"BEST RATES ON CHANGELLY","text":"This is to note that you should realize all crypto trading risks. Please make sure that you understand how crypto exchange service works."},&quo