Coinbase CEO Brian Armstrong responded to the backlash against his company when it was revealed that it filed nine Bitcoin patent applications with the US Patent and Trademark Office (USPTO). 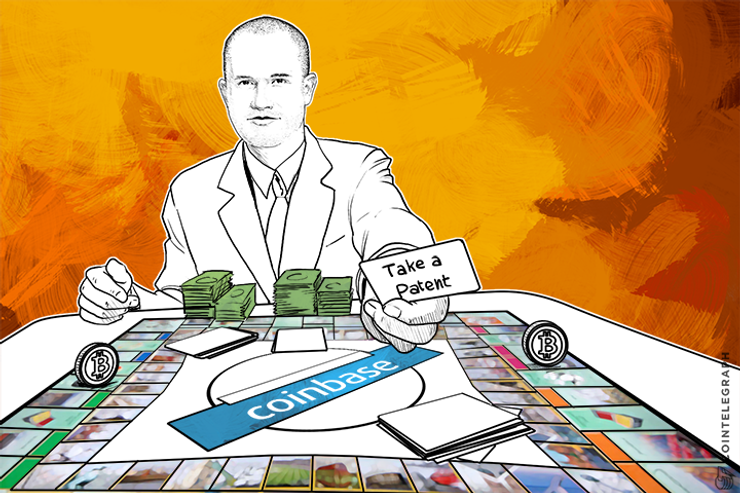 Coinbase CEO Brian Armstrong responded to the backlash against his company when it was revealed that it filed nine Bitcoin patent applications with the US Patent and Trademark Office (USPTO).

The USPTO was said to have received the submissions on March 17 of this year. Immediately after this news went public it created quite the stir in the community mostly upset with the Coinbase decision. Many took to social media to voice their opinion including Bitcoin Core developer Jeff Garzik who said:

"Contrast: 1. Coinbase Patents 9 Bitcoin Products 2. Tesla: All Our Patent Are Belong To You, Publicly calling on bitcoin companies to follow the Linux route and defensively pool patents for collective good."

Coinbase CEO Brian Armstrong responded by telling him that they needed to research how they felt about patents. He also explained that the intent of the patents were not to drive smaller companies out of business, but to protect themselves from services “engaging in patent warfare.” Still many in the community were not pleased by this response calling Coinbase “evil” and asking how they can patent ideas they did not invent.

Armstrong, seemingly concerned with the public backlash, penned an article on Medium entitled: “How We Think About Patents at Coinbase”. The CEO states that he would “personally prefer to see a world where software patents don't exist.” Though he doesn't see this as a real possibility and thus, Coinbase has filed for these patents because they are a form of “warfare.” This is because the company is afraid of patent trolls, which Armstrong mentions this throughout the article, while emphasizing that Coinbase only “might” get the patents.

Armstrong describes the patent operations in the tech field with great detail and says his company didn't invent the copyright system but notes that if you're running a tech service and don't apply for patents then "you are doing it wrong," while adding:

“It is an unfortunate game we all must play, but we didn’t invent the rules. (If you’ll forgive the colloquialism, don’t hate the player, hate the game.)”

However, Armstrong mentions a few ideas that giant tech firms have used in the past to help open source patents. He says they are looking into all the options such as the way Linux opens sources its content or how Elon Musk patented over 200 copyrights and open sourced all of them afterwards. Armstrong says he has great respect for the open code community, particularly Tesla's initiative and says Coinbase is “much earlier in the process, but generally following a similar strategy.”

When asked whether the company was “evil” and “trying to destroy bitcoin” the Coinbase CEO reassured that “history will show that we’ll do the right thing with them.” He also noted that “if we didn’t apply for them, somebody else would have,” and believes that it is much better if a Bitcoin company holds the rights to these ideas instead of a company with no ties to the digital currency at all.

"Let us see if we can find the right structure to get these patents (if we are awarded them) into the right place to ensure the future success of bitcoin. I’ll update this post once we have researched some options and made a decision how to move forward."

Do you agree with Coinbase? Should such ideas be patented? Share below.