CommerceBlock: Bringing Cryptocurrency to the Mainstream with BIP175 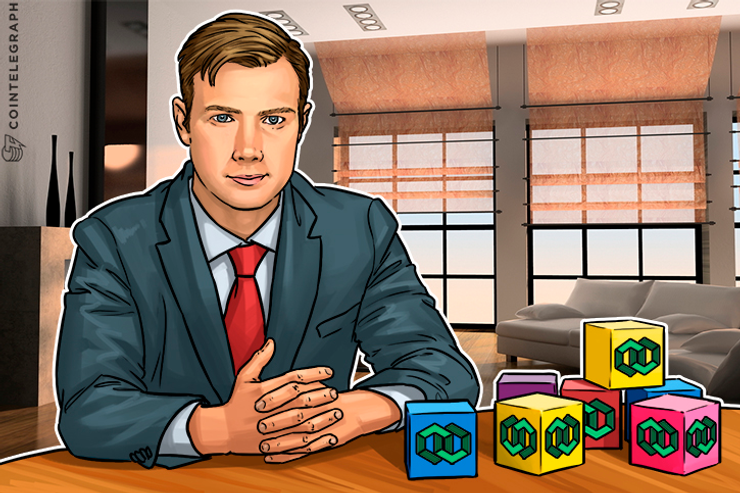 While cryptocurrencies and a new world money order are an intriguing story, the main driver of value in the Blockchain economy will be the enterprise applications the Blockchain will host. Virtually all major companies and banks are exploring Blockchain applications to replace their current IT infrastructure.

Blockchain startups are starting to come through the development pipeline, demonstrating the potential of Blockchain technology operating in real world enterprise applications.

CommerceBlock, a complete infrastructure to decentralise finance over public Blockchains, is one pioneer testing its software live with corporate clients. The Blockchain promised to eliminate the middleman; with this smart digital trade ledger, not even currency risk management will pass by a bank desk. The suite includes smart contract templates, making it easier for businesses to enter contracts. An escrow service, trade flow management, asset issuance, dispute resolution, currency hedging, and trade data analysis tools are facilitated off-chain by the Lightning Network, a payment protocol allowing for a near-infinite number of transactions without broadcasting them on the Blockchain.

While Nicholas Gregory was developing CommerceBlock in 2016, banks were scrambling to sign up to Blockchain alliances to find out how they could cut through front-middle-back office IT clutter. As a lead architect, Gregory had spent his career building real time trading systems and derivatives platforms. In 2015, he started investigating how the Blockchain could be used in real business and later worked on applications with boutique software vendors.

Luckily, Gregory left his position as a technical architect at JPMorgan in 2015 to found big data and cryptocurrency consultancy LiquidOcean before JPMorgan could fire him—not for having outside interests but for dealing in Bitcoin. JPMorgan CEO Jamie Dimon, who compared Bitcoin to Tulip Mania in September, is threatening to fire any JPMorgan trader caught trading in Bitcoin.

Big bank backing for the blockchain

Fortunately, Gregory’s peers in the banking industry generally share his enthusiasm and confidence in the digital ledger system that runs Bitcoin. Far from hot money vehicles, many Blockchain concepts are being developed by big banks and tech giants. JPMorgan is among the big banks belonging to the Enterprise Ethereum Alliance, a technology group working towards more trusted, secure and speedier business transactions over the Ethereum Blockchain, called Quorum. Most banks, however, have taken a siloed approach. Commercial and central banks across the globe are piloting payment services, securities clearance, commodities trading, syndicated lending and various other services over the Blockchain’s distributed ledger technology.

Streamlining complex trade agreements, which are increasingly global, on the digital ledger is a huge opportunity for those brave enough to tackle it. In trade transactions, the Blockchain makes a transaction transparent to all parties on the high friction trade transaction chain, which can include trade financiers, brokers and insurers. IBM’s Digital Trade Chain, a trade finance on the Blockchain ‘proof of concept’ being developed with seven European banks, is winning best product awards in banking and trade finance.

CommerceBlock allows banks to run over the Bitcoin and Ethereum Blockchain, a platform that is technically but not politically feasible in many banks today. The Blockchain startup, on the other hand, is free to build groundbreaking technology from the ground up.

New competitive dynamics also arise in an ecosystem with its own currency, which is more likely to create customer loyalty that sticks. Users can buy CommerceBlock services with the CommerceBlock Token (CBT). As an open source system, anyone can develop new or improve upon existing services. As users develop more valuable services, more users will use the system and the value of the CBT will increase.

Some concept startups with only a white paper may one day own their market. Pre-revenue companies such as Pets.com and Webvan.com did not survive, but the e-commerce markets they created are among the most profitable today.  By 2020, half of all pet food buying will be conducted online. Nevertheless, the risk involved in pre-development stage companies makes it all the more important to research the management team, advisors and products/services being developed.

Peer and academic support for a Blockchain concept also serve as important proofs of credibility. The technology backing CommerceBlock has been vetted and peer reviewed by software engineers working on both Blockchain and legacy systems. The CommerceBlock Token Sale in November is a live Blockchain application based on peer reviewed working code rather than marketing material.

Bitcoin fans Gregory and co-founder and CTO Omar Shibli met in 2015, and at the end of 2016 conceived CommerceBlock. Nicholas Gregory has worked as a technical architect for major investment banks, both in risk management and mortgages, and has experience architecting enterprise management systems. LiquidOcean provided him with hands-on experience developing Blockchain applications before launching CommerceBlock. Co-founder and CTO Omar Shibli has been the lead software engineer in several startups, including Zocdoc, the medical care scheduler and information manager used by millions of patients.

Together, they have proposed a Bitcoin Improvement Proposal (BIP 175).  An implementation of the Pay-to-Contract Protocol, it provides parties to a contract with cryptographic proof of who has contracted with whom to pay for what. The protocol has the capability to bind private data to public Blockchains.

The token sale, which will be conducted on the CommerceBlock issuance platform, is an opportunity to test out the system. Forty percent of one million CBT (ERC-20 tokens) will be available for public sale, with a fundraising target of $25 million.

The day may come when JPMorgan will advise its institutional clients to build on top of the CommerceBlock Network. This way the money—whether in crypto or fiat currency—will reach the investment bank and other areas of the economy faster. Without the friction of transactions across the many intermediaries currently involved in trade, trade velocity will be faster.