The price you pay for tickets to gigs and museums are often inflated by resellers, but a new app is aiming to thwart the touters.

A platform specializing in cultural experiences is declaring war on ticket touts. 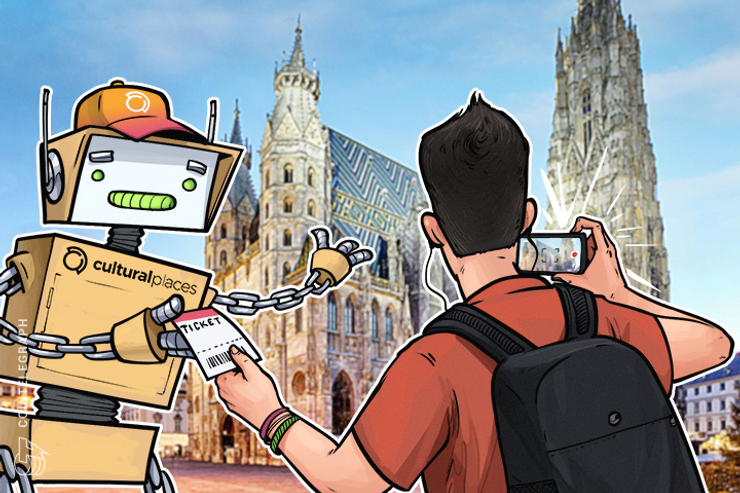 Cultural Places, a platform specializing in connecting cultural institutions and visitors is vowing to clamp down on ticket touts through Blockchain technology.

The Austrian Company wants to tackle the inflationary effect touts have on the secondary ticket market by introducing its own cryptocurrency – the Cultural Coin. The coin, based on the Ethereum framework will allow consumers to buy tickets directly from museums, music venues and tourist sites, while providing a transparent venue for resale if they are unable to attend.

The detrimental impact of touting has prompted governments around the world to restrict the practice, as those purchasing second-hand tickets are not always guaranteed access to events.

Cultural Places is planning to stand out from other Blockchain ticketing websites by focusing on high-quality cultural content and collaborating closely with institutions worldwide. It believes that this strategy will establish credibility in the eyes of consumers who, until now, have had to visit multiple websites to plan and purchase a trip. In its white paper, the company says bringing all of the information visitors need on to one platform would eliminate the confusion low-quality, untrustworthy providers can cause – and this will “democratize access to cultural knowledge”.

A new cryptocurrency: the Cultural Coin

The company plans to introduce crypto ticketing in 2019, with all customers being offered a wallet for Cultural Coins. Fees associated with buying entry to exhibitions, galleries, gigs and landmarks would be set at 6 percent - a stark contrast to the 30 percent commission demanded by some current ticketing providers.

This 6 percent fee is going to be divided in four ways. Cultural Places would take a 3 percent share of the revenue, 1 percent would be returned to customers through a loyalty scheme, another 1 percent would go to all users in the ecosystem who hold Cultural Coins, and the remaining 1 percent earmarked as royalties for the institutions offering engaging content to the public.

Audio guides and shop memorabilia would also be on sale through the app, allowing visitors to skip queues and make the most of their time.

Cultural Places says the number of institutions it has a business relationship with is “growing by the minute”, with 30 venues in six countries on the books at the last count. Among its partners is Indonesia’s Borobudur Temple - the world’s largest Buddhist temple, and Stephansdom, an iconic cathedral in Vienna.

The company wants to achieve a European market share of 12 percent by 2023 – and the concept could be coming to a landmark near you. Cultural Places has a wish list of attractions it would like to join its platform – including the Louvre in Paris, London’s Tate galleries, the Colosseum in Rome and Angkor Wat in Cambodia.

Each institution joining the platform would be given help to “transform their content to be ready for the demands of a new generation”. This allows users to see sights virtually before they pay a visit in person, and neatly ties into current cultural policy across Europe, where digital preservation of precious artefacts has become a priority.

The Cultural Places community will be bolstered further through a social network where institutions, cultural experts and the public can come together to debate and share knowledge. Crowdfunding will also be introduced in the third quarter of 2019, and the company hopes this will greatly improve the breadth of exhibitions and artistic endeavors in society.

One of Austria’s first ICOs

Under the leadership of CEO Patrick Tomelitsch, the focus now for Cultural Places is its initial coin offering – one of Austria’s first.

A total of 900 mln Cultural Coins are being made available to the public. The company’s pre-ICO of 90 mln coins ends on March 4, with the rest being offered across four phases from March 5 to April 5.