Crypto News From the German-Speaking World: Sept. 16–22 in Review

Cointelegraph releases its weekly review for major crypto and blockchain events in the German-speaking world.

This week’s select crypto and blockchain news from the German-speaking world, courtesy of Cointelegraph auf Deutsch 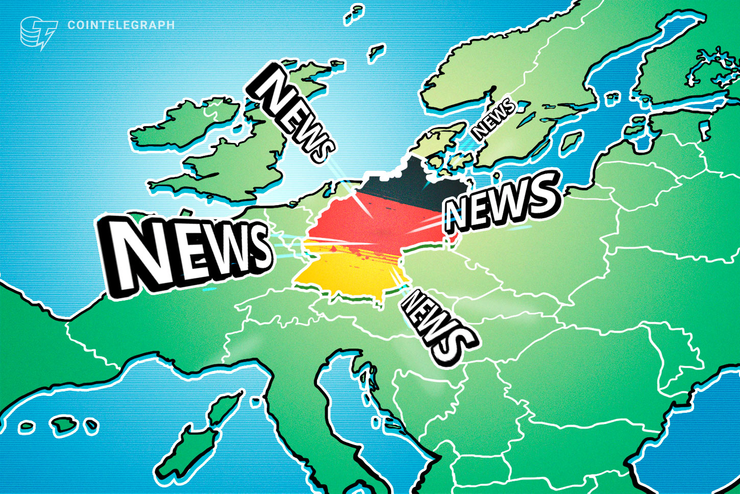 The German-speaking world saw a number of crypto and blockchain events this week, with the German Federal Government releasing its blockchain strategy and local companies and associations launching new industry initiatives.

While the offerings on the platform will be overseen by German and Lichtenstein authorities, Neufund’s public offerings will be open for many countries over the globe, including the United Kingdom.

Bitkom, the industry association of the German IT and telecom industry, released its blockchain guide “Evaluation and Implementation of Blockchain Use Cases” on Sept. 17.

In the guide, Bitkom provided a detailed roadmap for implementation of blockchain projects by firms, also warning about the potential risks associated with the technology. The association also provided benefit assessment of blockchain initiatives in order to facilitate the entry into the space for new companies and break down the first hurdles in experimenting with blockchain-related ideas.

Also this week, Berlin-based IOTA Foundation saw its MIOTA tokens listed in the payment app of the British financial services provider Zeux. On Sept. 17, IOTA officially announced the news on Twitter, adding that IOTA tokens can now be used as payment at all stores that accept Apple or Samsung Pay.

On Sept. 18, the German Federal Government published its finalized blockchain strategy, revealing 10 major principles to develop concrete measures for unlocking the benefits offered by blockchain technology by the end of 2021. The authority expressed its positive stance towards blockchain, stating that the strategy aims to support the nascent ecosystem in Germany.

At the same time, the government clarified that it will not be supporting blockchain-powered stablecoins from becoming alternative currencies due to its threat to the German’s sovereignty. As part of mitigating the risks posed by the upcoming Facebook’s cryptocurrency Libra, the document reads that the German government will not leave the issuance of currencies to private companies.