A new platform aims to democratize arbitrage trading for inexperienced users and make them capable to compete to day traders. 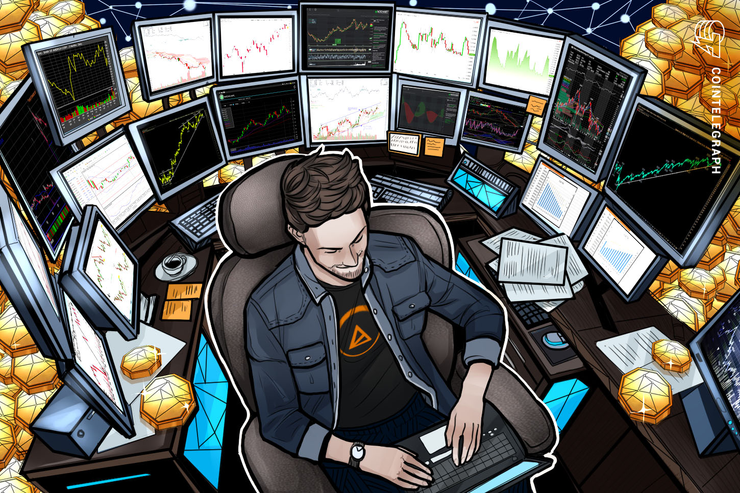 Having launched in November 2017, Arbitao, a London-based startup, has introduced its platform for arbitrage trading — the term comes from professional trading and refers to buying and selling the same asset and making profits on differing prices. The platform is already available for experienced users, as well as for novice traders with smaller budgets.

The company representatives say that the platform has been tried and tested by initial investors since late 2017. “A lot of initial coin offering (ICO) projects don’t have a working product and probably never will have. With Arbitao, it’s different. Our goal was to deliver a working and tested product before the ICO starts. And we succeeded in it,” commented Karel Mirrin, Arbitao’s CTO, in the company’s press release.

The Arbitao team is separated into two operational offices based in London and Moscow, and they also outsource to Shanghai.

According to Arbitao’s press release, currently its arbitrage system compares prices from 19 exchanges and is capable of leveraging all user investments to execute trades and generate profits. Automated trading software makes profits possible to those outside of the ‘closed loop’ of arbitrage.

One of the problems that Arbitao tries to resolve is democratizing arbitrage trading for inexperienced users, allowing them to compete against day traders. “Our audience are crypto kiddies and new arbitrage traders with no resources to scale, so we do that for them through decentralizing the users coins through the arbitrage platform,” said the company’s representatives to Cointelegraph.

“Lots of pairs are facing lack of liquidity and the volatility in the market is very high, which leads to price differences between exchanges. By monitoring different exchanges, it can be seen that price spreads of certain pairs are up to 5 percent,” reads the Arbitao white paper.

The Arbitao platform provides several ways for users to earn. A user may profit from arbitrage on a daily basis by trading on numerous cryptocurrency exchanges with daily interest rate 0.5 to 0.75 percent.

Another way is to profit from inviting friends to join Arbitao — the team promises to reward every user with 18 percent of the total of their friends’ investments. “Arbitao is all about the community,” says the website.

A user may also earn up to five percent from staking with Arbitao. “You will be rewarded as staking is important for Arbitao’s sustainable development and provides serious benefits for the Arbitao network, such as increasing decentralization and improving blockchain security,” reads the website.

The team developed its own blockchain coin ATAO — not just a token — and its own internal exchange — TAOx. This results in an opportunity to make some earnings by speculating on ATAO’s price fluctuations.

Arbitao will launch its presale on July 22, 2018, and the project’s planning to reward all early investors with special bonuses. The presale will end on August 7, and everyone who will take part in it will be able to try out the Arbitao system in action.

The main crowdsale campaign will start on August 12 and last until September 9, 2018.