A crypto wallet for both web and mobile offers its users the ability to buy Bitcoin and Ether for USD or EUR via a credit card right in the app. 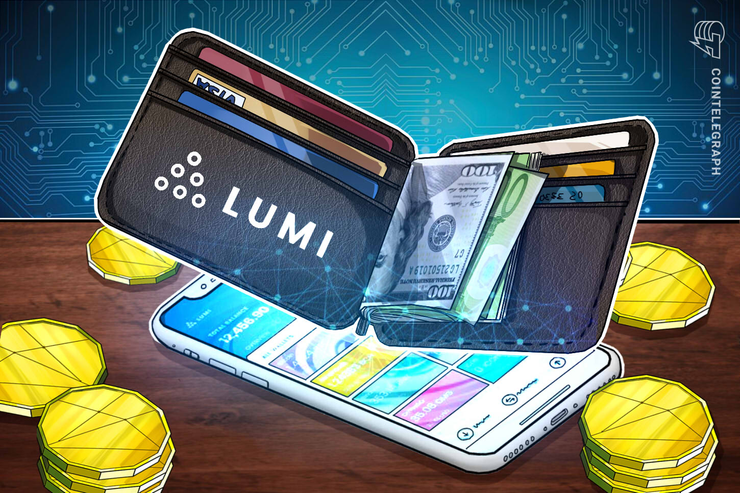 A crypto wallet has enhanced its functionality, enabling users to buy cryptocurrency with a credit card using dollars or euros.

Lumi Wallet, which comes in the form of iOS and Android apps as well as a web wallet, says its motivation is to provide its users worldwide with safe and convenient tools for purchasing cryptocurrency. The company says it gives its clients the opportunity to buy Bitcoin (BTC) and Ether (ETH) in a fast, simple and secure way. The safety of fiat-to-crypto transactions is ensured by Simplex — technology that allows the processing online payments with “complete fraud protection and chargeback coverage.”

By expanding multicurrency features, Lumi seeks to become more appealing to consumers not only in the United States but also internationally. The team says this increases mass adoption and the promotion of cryptocurrencies. Lumi adds that it also gradually localizes all its products in order to make the wallet accessible for users no matter where they live and no matter which language they speak.

Lumi boasts its adoption of Simplex, which prevents users’ credit card data from fraud via a Know Your Customer protocol and sends all the money back if something abnormal is suspected. Being considered the new crypto industry standard, Simplex processes billions in dollars and Bitcoin every year, and it collaborates with the largest crypto platforms, as Lumi reports.

The team emphasizes that fiat-to-crypto exchange will take place directly in the wallet by means of a built-in browser so that users don’t have to leave the wallet in order to carry out a transaction. The company says that its ambition was not only to make the purchase of cryptocurrency convenient for its clients but also to provide a sufficiently high level of user security.

From its inception, the client-side Lumi Wallet has placed an emphasis on the protection of privacy. This has been done by ensuring the anonymity of transactions and providing users with complete control over their private keys, which are saved exclusively on their own devices.

According to Lumi, buying cryptocurrency today is no harder than shopping online. This attracts both newcomers who have never bought it before as well as crypto enthusiasts. What’s more, Lumi strives to create a pleasant user experience by providing an “intuitive interface and smooth design in its applications.”

As for other features of Lumi Wallet, it allows clients to organize their digital asset portfolio as they wish by exposing, hiding and shifting token wallets. In addition, both the mobile app and the web version of Lumi are equipped with crypto price graphs and the entire histories of users’ transactions.

The company is looking forward to move to an open-source model this year. According to its founders, it will be a major step in Lumi’s development. The team hopes that this milestone will help to attract more loyal followers and supporters, as well as put more trust in Lumi Wallet.

Lumi notes that its intention is to make not only the original wallet open source, but also the web wallet and Lumi Collect. The latter is an Ethereum wallet for ERC-721 tokens such as Blockchain Cuties, Cryptokitties, CryptantCrabs and more. Through Lumi Collect, a user can store and manage all of the crypto collectibles and in-game assets in one place. For some games, it is also possible to perform in-game actions (like gifting, selling or breeding) without leaving the app.

In the future, the company is planning to expand its functionality by offering more convenient tools, such as physical and virtual credit cards that will allow for hassle-free purchases of Bitcoin and thereby stimulate mass crypto adoption.