In a chat with Cointelegraph Ilya Tarutov, CEO of DAO.Casino summed up some of the key challenges that could be eliminated with Blockchain technology in the gaming industry. 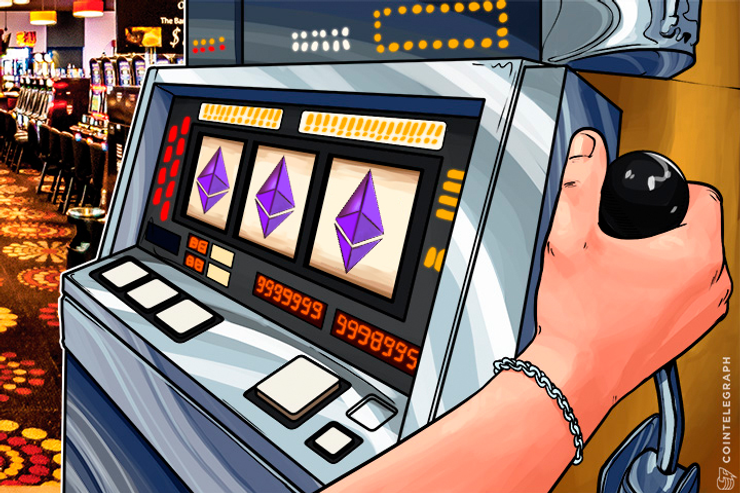 Online gambling is a rapidly growing field and the number of players worldwide is expected to almost double by 2021, as forecasted by a report from Juniper Research. The industry is developing as the number of online gambling websites is increasing with emerging new payment mechanisms - e.g. possibilities to use Bitcoin and other cryptocurrencies for betting.

Indeed, accepting cryptocurrency so far has been the most common encounter with Blockchain systems for the traditional gambling industry. But there is so much more that Blockchain technology now allows us to do. Over the past two years, we have seen the development of new forms of gambling games - those powered by Ethereum. It now becomes possible to build a protocol that triggers a true paradigm shift in the online gambling industry - enabling new markets and new business models. In the same way the Internet enabled new markets through the removal of barriers in data transmission and exchange, decentralized systems like Ethereum enable new business models and disrupt industries through the removal of barriers to the transfer of value - it has never been possible without trusting this value to some third party.

Cointelegraph had a chat with Ilya Tarutov, CEO at DAO.Casino, as he explained how to solve some of the key challenges in the gambling games industry.

A complex approach is needed

As Tarutov believes, systems powered by Ethereum have the potential to trigger a significant paradigm shift in many industries, including the online gambling industry, through eliminating the need to rely on third parties. There are many implications of this which all come down to decreasing the costs of operating casinos and eliminating risks of fraud. However, building individual gambling games on Ethereum doesn’t entirely solve the problem - one needs a broader approach. As explained by Tarutov, games are just the tip of the iceberg, as the gambling industry has many different actors, including game developers, referrers, casino operators, software providers that build account system management software and others.

DAO.Casino suggests approaching this in a holistic manner and covering the whole gambling industry value chain - from building gambling games fair-by-design to improving mechanisms of value distribution among contributors.

“Game outcomes are determined by equally unpredictable pseudorandom values, and anyone can audit this. Once the game software is audited and deployed, no one can fiddle with it and change it. This is not the case with traditional server-based online casinos. Games run exactly as programmed without any fraud or third party interference.”

Business models deployed by online casinos have very limited flexibility and opportunities to benefit - neither for the user nor for the casino. “Currently, casinos might have business models that benefit from the fact that they can fiddle with the user account balances,” Tarutov explained. “They do not benefit from interoperability with other casinos either. But the possibility of being in control of your user account balance is now here, so traditional online casinos can either accept it and provide this, or be pushed out of the market by those who can innovate their business models and provide better service.”

The last missing piece that could allow a significant paradigm shift is building a layer enabling P2P open markets. As shared by Tarutov, the integrity of data and code provided by systems such as Ethereum enables a greater degree of cooperation between industry players - casinos can list games from independent developers - as they don’t have to trust each other and whatever value a game generates is distributed automatically.

DAO.Casino is building a decentralized public system for the gambling industry consisting of an automated value distribution protocol acting as a mechanism of incentives powered by Ethereum smart contracts along with a system that is capable of providing equally unpredictable pseudorandom numbers for the gamers.

Thus, automating crucial elements of the online gambling industry that normally requires trust can potentially reduce the risk of fraud, minimizing overheads for casino operators, allowing higher payouts for the players and monetizing game developers’ efforts. This will eventually enable the development of new and more sustainable business models.

Tarutov summed up some of the key challenges that could be eliminated with the Blockchain technology in the gaming industry.

The concentration of trust and the risk of abuse of trust and corruption are relevant for any industry. Trust has long been considered to be one of the biggest concerns for online gamblers and Blockchain technology is often said to entirely remove this concept as a source of uncertainty. Tarutov believes that if it doesn’t entirely remove it, it certainly significantly minimizes the need for it.

“Of course, we can’t expect every player to audit the code of the game, but when the whole system is open and transparent it is likely that an interested party, let’s say a competing game developer, can do it. Transparency and integrity of data and code enabled by Ethereum are not only a foundation for the fair-by-design games, but the fairer gambling industry at large - apart from the players no longer being cheated by a casino, all core contributors - i.e. game developers can be rewarded automatically for their work.”

Removing the temptation to cheat

Transparency enabled through open source software and integrity of this software enabled by public Blockchain, in Tarutov’s opinion, is what does the trick. It can be audited by anyone at any time, providing a constant and uninterrupted recording of all data and code, bringing a great deal of honesty and fairness to the industry.

“If the software is proprietary and runs casino’s servers, casinos can potentially do anything with it. Even in the case of strict regulations over the certification of software, there is potentially a risk of trust abuse because the lack of transparency and integrity of data and code allows a casino to cheat. You can prevent cheating by stricter regulations and more frequent checks of casinos, but if the software runs publicly, there is no temptation to cheat. On top of making it fairer, it makes security and customer protection potentially cheaper.”

Gambling software that runs on a decentralized global virtual machine once audited, can be fiddled with without everyone noticing. In fact, it becomes easier for the regulators to ensure better customer protection.

Although Blockchain would not solve everything, it does provide a way of building a system that is less prone to corruption and fair-by-design. In his opinion, it happens on multiple levels. For instance, on the gambling software level, casinos are not able to fiddle with the game results and with the user account balances.

On the crypto economic and business level, casinos would be able to find a way to make different nodes able to cooperate. Thus, they would have to display games from independent game developers and they won’t need to trust each other.

“If a player discovers a game through a specific online platform, the platform would be rewarded for discovery automatically, so the developer gets a reward as well as the casino. They can agree on the percentage, but it will be written as solidity contract on Ethereum, like an escrow. Besides, they don’t have to trust each other in order to cooperate. A casino will do their job - game discovery, platforms that players can use to discover the games. Game dev will do her job - build awesome games - and can keep the IP in the game. Normally, an independent game developer would never be able to enter a gambling games market.”

What’s more that Blockchain brings to the table is the potential for interoperability.

“When we roll out our MVP and develop the protocol further we will be able to work with projects that are using Ethereum public or permissioned chains in the context of identity management. Right now, we just need to test everything, make sure that everything works fast and is as good as or better in terms of user experience than in a server-based old school gambling and that random generation is reliable and equally unpredictable. We are working a lot on that and implemented a very special fast PRNG that no one implemented before. Further, we are planning to collaborate with online casinos who are willing to play fair, open to innovation and competitive, and together with those projects work on identity systems to see how we can make the whole industry safer.”

Tarutov points to one interesting potential feature that Blockchain technology can provide for the gambling industry apart from gambling software - it comes down to better identity systems, and gives an example:

“Imagine that a regulatory authority wants to enforce age restriction for online gambling. What would you do to prove your age to the casino? Send them a copy of your passport? Apart from trusting a casino with your money, you have to also trust them with your identity, and this is ridiculous. In Europe, for example, it would be difficult in regards to data protection regulations, but people want to play gambling games anyway and they will go to casinos outside of the given jurisdiction, which can lead to other consequences. Instead, one can have a federated identity system, based on cryptographic signatures, where you can first prove your age to the authorities and then just prove it to anyone with your signature without giving your entire identity to everyone on the Internet.”

Tarutov expresses a huge interest in partnering with projects working on federated identity systems to cover all aspects of the gambling industry and provide consultancy to the regulators as well.

A new era of communication

The Blockchain is an extremely powerful technology - alongside a public virtual machine, it provides a new way of communication - as it allows the transfer of value without relying on a third party. In Tarutov’s opinion, it can provide a lot of benefits and businesses, as well as regulators, are beginning to understand all the tradeoffs and advantages. The Internet itself only allows the exchange of information - and yet it still changed the way we communicate and enable new business models. But up until recently, one couldn’t transfer value over the Internet as easy as you can transfer information. This really opens up a new era of communication again. It will change not just the gambling industry.

“It will be adopted very fast because it allows people to transact P2P across the globe, which was never possible before. All parties involved should do their homework and learning takes time.”