DASH has released a decentralized voting and fund allocation mechanism that could bypass the internal tensions of Bitcoin and its dramatic block size debate. 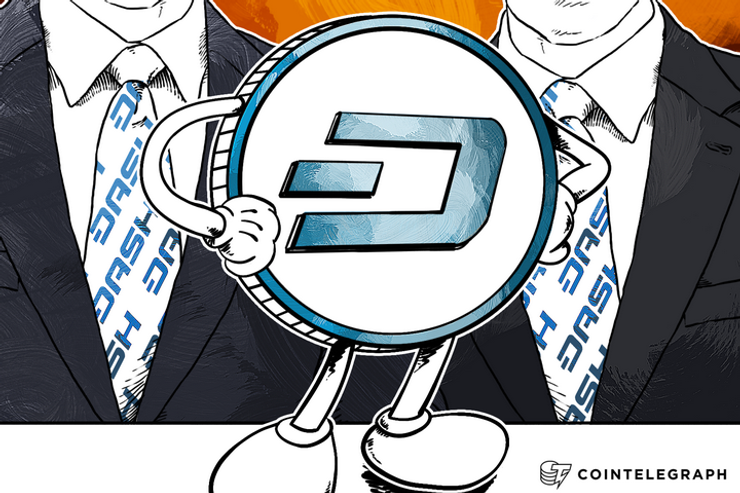 DASH has released a decentralized voting and fund allocation mechanism that could bypass the internal tensions of Bitcoin and its dramatic block size debate.

A great deal of attention has been going to Bitcoin's blocksize debate, which includes fundamental aspects of how Core Development is funded, distributed, and by whom. While Bitcoin is going through the computer science equivalent of group therapy, DASH, the fifth largest cryptocurrency by market cap, has released a Decentralized Governance by Blockchain System while taking notes from Bitcoin's internal turmoil, in an attempt to completely bypass it.

A few of the problems with decentralized and open source projects are development planning, funding and fund management. Mike Hearn and Gavin Andresen have argued that Bitcoin needs a benevolent dictator, a notion that enough people have recoiled from as evidenced by the low popularity of Bitcoin XT.

The notion nevertheless highlights the need for a swift and reliable decision making process. Consensus is great for many things, but fast decision making is not usually one of them.

The most common approach to this problem is the creation of not-for-profit foundations tasked with maintaining the core protocol and promoting the project at hand. However, as demonstrated by the controversies involving the Bitcoin Foundation, these are not connected to the users and community in any meaningful way.

For example, three of Bitcoin's core developers are now funded by the MIT's Media Lab, Digital Currency Initiative, an arm of MIT Labs, lead by White House advisor, Brian Forde. His proud connections with the executive branch are bound to set off some people's alarm bells – to put it nicely.

Granted, funding of Bitcoin Core is already decentralized, according to Jeff Garzik, who claims that it is “spread across several companies/entities.” However, this still relies on human organizations and processes that are susceptible to censorship, human error, and back room deals, which is far from ideal. But what must be noted is that this is now avoidable.

DASH: the game & the players

DASH's new Decentralized Governance by Blockchain (DGB) was clearly designed with this problem in mind. But to get an idea of how it works, let’s take a quick look at DASH's network set up, since it does have some notable differences compared to Bitcoin.

DGB could be thought of as a mathematically enforceable and fully transparent democratic process. It is a blockchain hosted voting system with decentralized fund management built in.

DASH is comprised of three types of 'nodes' - three different ways in which the DASH software clients can be used, with specific roles and responsibilities on the network.

The first are miners, who provide proof-of-work security to the cryptocurrency in a similar fashion to Bitcoin, though instead using X11, an algorithm designed and believed to be ASIC resistant. Miners provide computing power in exchange for a regular payment from the network to the tune of 45% of the block rewards.

The second are full node wallets, which host the accounting ledger (blockchain) allowing users to access the network, use the currency and further decentralize it.

And the third and most innovative element of DASH are its “Masternodes.” These are regular full nodes that anyone can run, but with the difference that they host a 1,000 DASH collateral, equivalent to roughly US$2,500 at current rates (works with cold storage). The collateral earns hosts the right to provide services to DASH users at a profit – 45% of block rewards. Services such as DarkSend — the feature that brought DASH to fame — as well as Instant Transactions, the controversial 4 second transaction locking feature.

The 1,000 DASH collateral is intended as a security mechanism, making it prohibitively expensive to cheat the system by attempting a 51% attack. In practice securing this upper layer of applications with Proof of Stake.

There are currently over 3,000 Masternodes live, roughly half of the amount of active full nodes of the much older Bitcoin network.

DGB is built on top of this network of Masternodes. It allows anyone to propose changes or upgrades to the currency. Initiatives the community deems necessary, be it legal, marketing or otherwise, can also be submitted to the network directly through the blockchain, while 10% of the block rewards go towards funding elected proposals.

Proposals are then voted on by the community on a monthly basis. Masternode hosts are the only parties with a right to vote on these. Their choices are Yea, Nay, or Abstain.

Proposals must have at-least 10% more Yea votes then Nay and must also compete with other submissions for a grand prize of roughly 8,000 DASH a month, or today's US$19,000.00 dollar equivalent.

If MN Hosts take back their collateral, i.e. disconnect from the network, their vote is disabled until they return.

One possible problem this system might run into might be voter apathy. What is the incentive for Masternodes to vote? It could be argued that since DASH is effectively at the mercy of other voters now, then that will be enough for them to be alert and willing to participate. However, this remains to be seen.

The cost of submitting a proposal is 5 DASH, but these units are destroyed, instead of serving as an incentive to do something else, like vote. Which is similar to how Augur's wisdom of the crowd system works.

So just how well this system will work remains to be seen. If successful, it could potentially make decisions like the block size debate much more efficient and provide a unified means of communication on the blockchain itself.

The fact that DASH is officially f