Bitcoin: The Self Securing Network (Op-Ed)

While banks and investors look to the blockchain as a singular investment vehicle, they miss the fact that Bitcoin is not only the strongest distributed ledger in existence 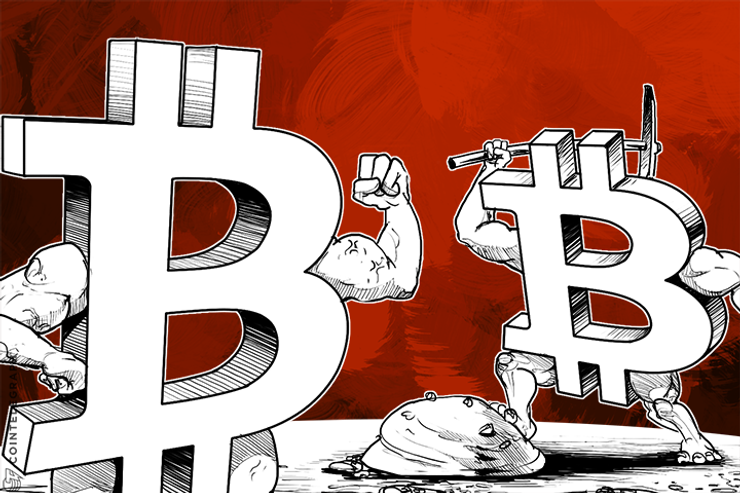 While banks and investors look to the blockchain as a singular investment vehicle, they miss the fact that Bitcoin is not only the strongest distributed ledger in existence, but also resembles the natural patterns of basic biology. Hence, it is no wonder why some refer to Bitcoin as “perfect market.”

In 2008 Satoshi Nakamoto created a protocol that was the closest version to computational consensus ever created. It is a self-securing system that's powered by each individual node, miner and transaction.

Distributed consensus in the Bitcoin world can be analogous to the biological genetic process found in nature. By solving hash functions, miners act like a biological cell’s ribosome, which link amino acid chains together in the order specified by messenger RNA (mRNA) molecules.

With a constant onslaught of transactions from users, the blockchain assembles itself with symmetrically replicated structures, much like DNA found in biological life. This is why Bitcoin is called the “perfect market” because it's a naturally forming system that's similar to the self-propagating processes found in nature.

"So Satoshi didn’t just invent a new currency, Satoshi gave us the world’s first perfect market,” said Andreas Antonopoulos at the MIT2015 Conference. “Which is stunning as an achievement for there is no other market that has a tight feedback loop that calibrates its supply and adjusts its price automatically across a global network that is completely decentralized."

Meanwhile, the Bitcoin blockchain continues its path with an astounding 481,334,611 GH/S per second and continues to be the strongest form of digital consensus. It's the closest solution to the Byzantine Generals Problem to date.

Hash functions created in any algorithmic system take an input of any given length of numbers and produce an output. The Bitcoin protocol uses the deterministic hash function of SHA256 in production. This random mathematical equation happens by using the Poisson Process, a probability theory that counts the number of events in a recorded time.

To mine bitcoins, miners must solve the given input to verify transactions whose hash value is smaller than the specified value. Values in the network are programmed to periodically change to maintain the difficulty level.

This has given birth to a self-maintaining arrangement between every person involved. All of this is recorded on the largest triple entry bookkeeping system ever created. The groundwork laid out by miners and users makes up the network's attempt to attain computational consensus. And the bigger the hashrate of machines solving its hash functions, the stronger the network becomes.

Thus, it becomes increasingly harder to find points of failure in the network as mining pools and individuals propagate and increase their hashrate.

One potential point of failure, however, is mining pools grouping together to form a mining monopoly within the network, known as a 51% attack. However, hashrate distribution is monitored by the community at large and such an event would be foreseen and exposed immediately. This would eventually lead to people competitively trying to overpower the strongest mining organization or otherwise leave the compromised network.

When each block is found using the hash of transactions before it, this confirms its existence as a block by recording it into the blockchain. These confirmations make each Bitcoin legitimate in the eyes of the network. If one was to try and duplicate a transaction by changing blocks stored on the ledger, the original block’s deterministic functions would change. This would reveal to other miners that this block is counterfeit and would be rejected immediately.

The network confirms valid transactions recording them into the ledger and completing the circle of security and constant movement within the properties of computational consensus.

The likes of this algorithmic process has produced the largest accounting system known to man and the power to transact value without the need of a third party. Computational records like MP3s and Word documents can be copied if not secured. But now with the advancement of cryptography found in Bitcoin, digital items cannot be counterfeited unless the very laws of nature, i.e. the Bitcoin protocol, are broken.