The DeFi boom continues with a new decentralized derivatives exchange token mooning hours after it was launched.

The latest DeFi token to moon is for the decentralized derivatives exchange Serum ,which surged by four figures following its launch and exchange listings.

Launched less than 12 hours ago at the time of writing, the token has skyrocketed from the launch price of $0.11 to more than $1.80 according to tradingview.com. 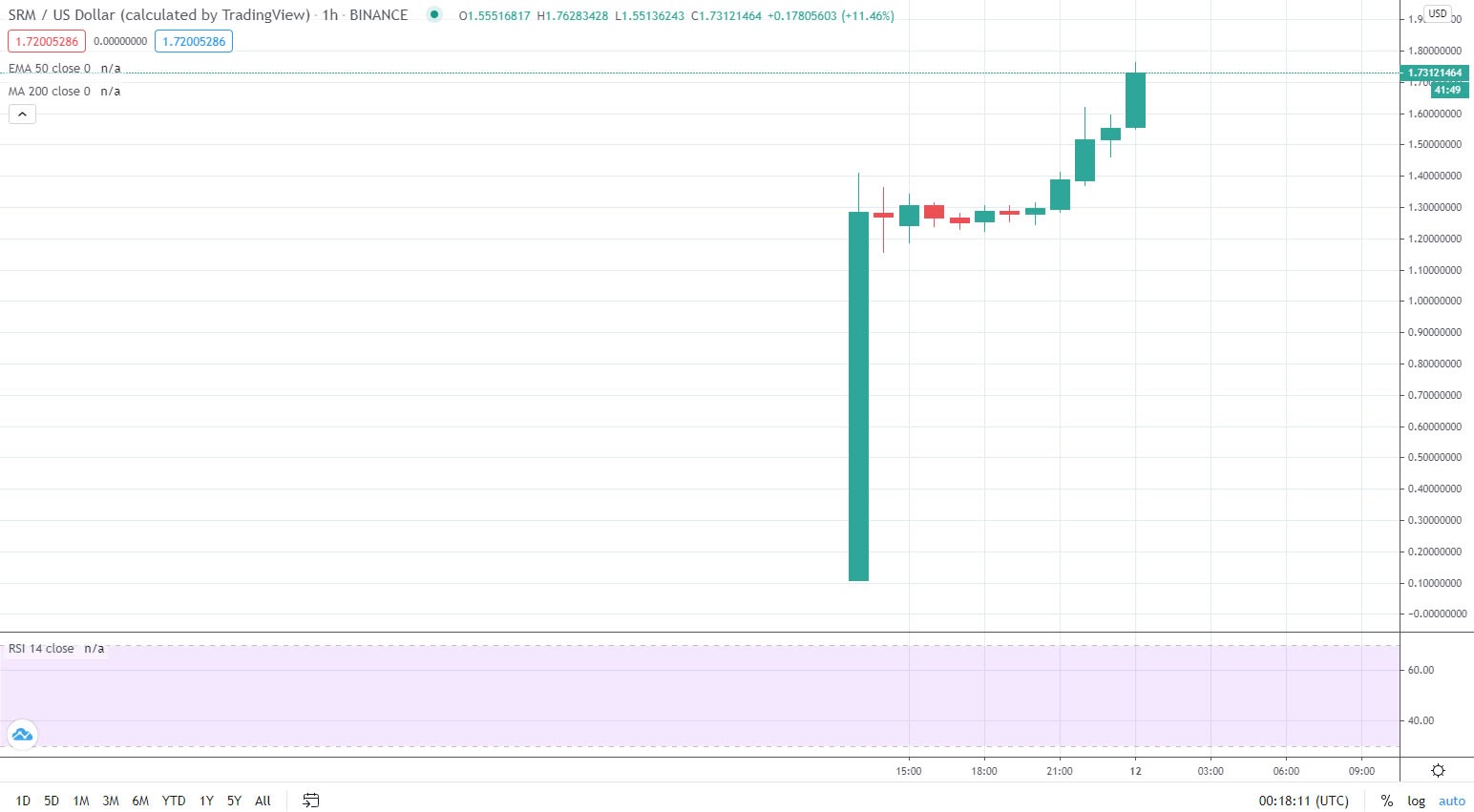 A listing on Binance also boosted token prices as four pairs were made available upon token launch. Trading volume for SRM has already surpassed $350 million in the first twelve hours, according to data from Coingecko. Fully diluted market capitalization for the latest DeFi darling is currently at $300 million.

In addition to Binance, SRM has now been listed on a number of other exchanges and DeFi protocols, including Uniswap, BitMax, HBTC, Balancer, TomoDEX, 1Inch, and its partner FTX.

Nuggets News CEO, Alex Saunders, congratulated the team on the successful launch, adding “I said it would pump from the hype alone but that makes it top 10 on day 1,”

Well done to @SBF_Alameda & the FTX team. @ProjectSerum $SRM just launched at $1 on @FTX_Official FTX & $5 on @Binance from an 11c ICO price. I said it would pump from the hype alone but that makes it top 10 on day 1! Wowee! SRM: https://t.co/g6x5fX7D1V pic.twitter.com/bpf8zaFxb4

The newly launched Serum DEX will be powered by the SRM governance token which will be burnt each week to enable discounts on the platform. A maximum supply of 10 billion SRM has been allocated according to the official website, with the current circulation at about 160 million according to Etherscan.

The DEX will also feature SerumBTC and a SerumUSD stablecoin that will make it possible to offer physically settled cross-chain contracts. Staking is also available, with the amount needed to operate a staking node currently set at a million SRM, which has been denominated as 1 MSRM.

The epic surge in SRM prices immediately following its launch demonstrates that traders, investors, and speculators are still hungry for anything DeFi related.

DeFi markets have continued to hit new all-time highs in terms of total value locked, with the latest peak of $4.75 billion being reached on August 11 according to Defipulse.com.