EA Origin: Access Has no Plans for Accepting Bitcoin

The Merkle published an article about the benefits of Bitcoin for EA platform Origin: Access. But EA never really had any such plans. 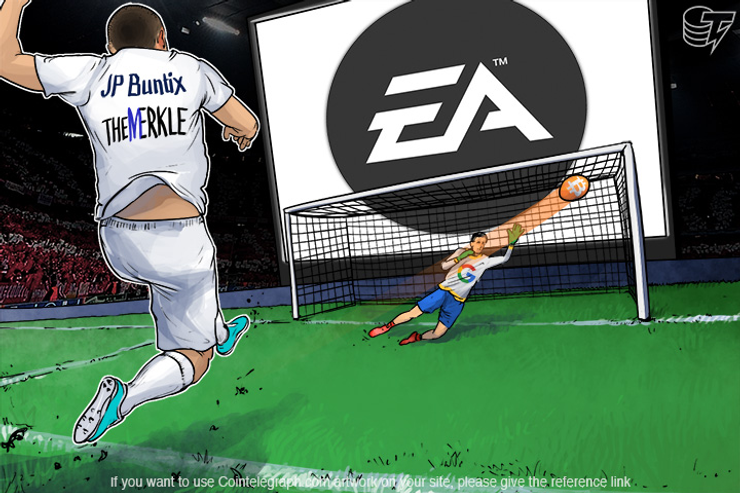 On January, 13, The Merkle published an article about the benefits of Bitcoin for EA platform Origin Access. But EA never really had any plans to start accepting Bitcoin payments for subscriptions. The article’s author, JP Buntix, just expressed his opinion on this. Nevertheless, such information could definitely cause some misunderstandings among readers.

Cointelegraph reached out to EA to find out if there’s any background for JP’s assumption. Bruce Baer, a member of the Origin: Access team, stated, that “currently there is no Bitcoin payment option for Origin: Access”.

“The article says that the writer thinks it would be a good idea to accept Bitcoin, it does not say that we do. We don’t have any news to share about new payment methods.  We’ll let you know if that changes”.

JP Buntix stated it was just an assumption which has no actual background. Roughly speaking, he just expressed his opinion.

“I have nothing to excuse for, the article never said EA accepts Bitcoin. It says their service could benefit from Bitcoin”, said JP Buntix to Cointelegraph.

Nevertheless, some may have quite the opposite opinion about JP’s article. George Gor, the Editor-in-Chief and Head of Editorial at Cointelegraph, stated:

“Many authors are trying to advise big companies what to do just to make their text more SEO-friendly and to add the “Bitcoin” word into the text. Too bad that journalism turns into graphomania with bloggers attempting to attract readers with factless texts. Authors just add the word “Bitcoin” into a headline and wait until it brings them 1,000,000 views from people searching Bitcoin in Google”.

Be that as it may, there’s nothing criminal in expressing opinions. At least, JP’s article reflects his own opinion, written with his own words. Is it really newsworthy? Perhaps, the readers will answer the question for themselves. Bas Wisselink, co-founder of NXT Foundation stated:

“If this article by JBP actually had stated that EA was going to do this, then it would not only be ethically suspect, but wrong. However, there is nothing in the article that states this. The article clearly is only saying that it bitcoin would be good to use for such a service. That is its message. The article is an opinion piece and it is clear to me it is nothing more than that”.

George Papageorgiou, a member of Bitcoin experts team at the University of Nicosia, Greece, seems to agree with this:

“Anyone who thinks they discover some new use case for a business using bitcoin, is free to write about it, yes. Is this newsworthy ? I don't know. This is not Buzzfeed-level click-baiting though”.

Internet marketing consultant and Bitcoin enthusiast, Adam Guerbuez, thinks there’s “nothing new in websites, mainstream and blogs alike using carefully targeted keywords in their content to manipulate search result position for their content”. He also distinguishes the so-called hype articles, which “are less keyword rich and more packed with a type of hidden sales pitch, to sway public opinion”. He stated to Cointelegraph:

“The effectiveness of such articles depend on two key factors being syndication and just how convincing the article is. I see no harm in such hype articles since they are a key element when it comes to internet marketing with an end goal in place”.

He also thinks JP’s article to be a good example of such hype article.

Meanwhile, there are plenty of cases, in which authors don’t even bother to write original articles, they just copypaste the news from other resources without even trying to make it look original or to verify the facts that they copy.

A bright example is the story about Yandex money accepting Bitcoin. Ivan Tikhonov, the head of BitsMedia, has posted on his Facebook</a