Education to consider for the Bitcoin user

This month, the number of educational institutions welcoming students who wish to pay using digital currency has increased substantially. 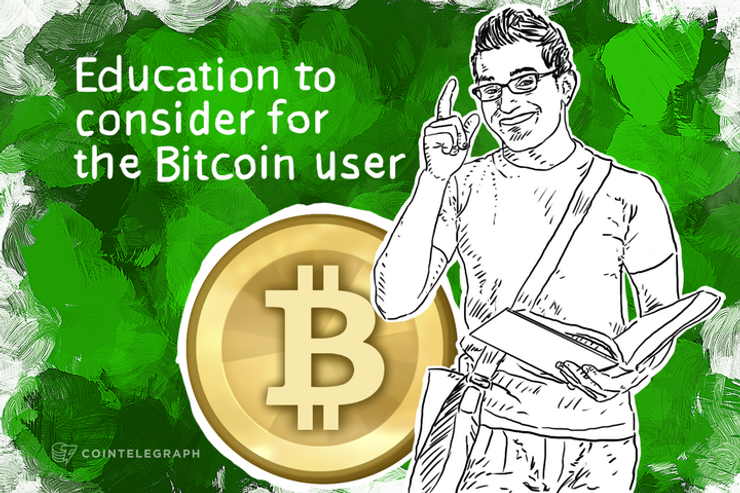 This month, the number of educational institutions welcoming students who wish to pay using digital currency has increased substantially. This comes as no surprise, however, since the current academic year just ended, registration is opening up for the fall semester.

The King’s College, NYC, US

One of the leading institutions in the United States – The King’s College announced that it will be welcoming students who want to pay using Bitcoin.

The King’s College is a Christian liberal arts college founded in 1938 by Percy Crawford, located in Lower Manhattan, New York.

Now with help of New York’s Coin.co it becomes the first accredited college in the US to accept digital currency. Dr. Gregory Alan Thornbury, President of The King’s College stated:

“The King’s College seeks to transform society by preparing students for careers in which they help to shape and eventually to lead strategic public and private institutions. Allowing Bitcoin to be used to pay for a King’s education decreases our costs while simultaneously allowing our students to be a part of this exciting new technology.”

On Thursday June 12, a famous US-based online education provider – Team Treehouse – officially announced that it will be accepting Bitcoin via Coinbase as one of a payment options. The company’s press release stated:

“As one of the fastest growing payment methods, Bitcoin will give more people across the world the opportunity to learn with Treehouse.”

Treehouse is a place for people who want to learn how to coup with HTML or CSS, make iPhone apps, start their own business.

“Digital currency will create more efficient services and will serve as a mechanism for spreading financial services to under-banked regions of the world. In this light, we consider it appropriate that we implement digital currency as a method of payment across all our institutions in all cities and countries of our operations.”

Anyone who wants to advance their education here will probably find a an area of interest they’re looking for – University of Nicosia offer schools of business, education, humanity, social science, law, engineering and arts.

A big advantage of the University of Nicosia is that it is accepting Bitcoin throughout their whole University network, including affiliated institutions in London, Cyprus, Greece, Romania and others.

In the beginning of the year, the University of Cumbria in the United Kingdom also announced that it will accept Bitcoin for the payment of fees. The founder and director of IFLAS, Professor Jem Bendell, stated:

“We believe in learning by doing, and so to help inform our courses on complementary currencies, we are trialling the acceptance of them. The internal discussions about currency and payment innovation and the practical implications for different departments have been insightful.”

The acceptance of Bitcoin is limited to the two programs only - Certificate of Achievement in Sustainable Exchange and Postgraduate Certificate in Sustainable Leadership. Both courses are already in progress as a trial though it shouldn’t be the last one as “the university will learn from this trial and develop its awareness of innovations in complementary currencies and payment technology.”

Additionally, there are also various private languages studios all over the world happy to accept digital currency.

A2Z School of English could be the first English as a Second Language (ESL) school in the world to accept digital currency. The announcement that it will adopt Bitcoin as a payment method was published back on November 5, 2013.

A2Z School of English was founded in 2006 by James and Luciene Taylor and today has locations in Manchester, London and Dublin, offering various English language classes.

BairesClases accept Bitcoin for Spanish classes. You can have face to face lessons in Buenos Aires Argentina or classes over the Internet for students anywhere in the World for anyone from beginner to advanced.

Ru-SprachStudio.ch offer Russian courses in Zürich or Zug, Switzerland for Bitcoin. Customers may choose one-on-one private lessons or lessons in groups of 3-4 people.  Their teaching approach also uses modern methods to develop your ability to communicate in the Russian language.