The Lancaster-based university of Cumbria has become the first higher education institution in the world to register its first student who has paid for tuition using Bitcoin. 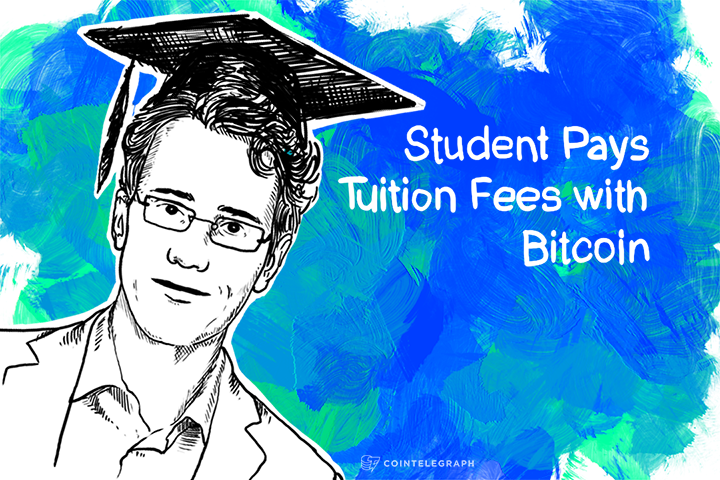 The Lancaster-based university of Cumbria has become the first higher education institution in the world to register its first student who has paid for tuition using Bitcoin.

Now, student Leander Bindewald, who is working for the New Economics Foundation in London  has become the first student to complete a tuition payment using a crypto-currency.

Leander is now registered to complete his PhD on ‘the role of complementary currencies in the new social paradigm of money.’

The first transaction is an installment that will cover one month of his tuition. Nevertheless, this event symbolizes a significant milestone in the evolution of currency as the transaction was completed during a panel dedicated to new currency innovations at the 3-day Ouishare Conference in Paris on collaborative economies.

The University of Cumbria uses the Bitpay platform to handle their payment transactions.

Prof Jem Bendell, Director of the Institute for Leadership and Sustainability at the University, stated:

“I’m delighted Leander has joined the university to complete his doctoral studies and research currency innovation for sustainable development. Making his payment during the Ouishare conference in Paris is an important statement that crypto-currencies can be part of a broader shift in economic thinking. We need to harness currency innovation for the common good.”

Prof. Bendell also added that he is working with Leander on a new Certificate of Achievement in Sustainable Exchange course, which will begin in October at the London campus.

“The course is being launched due to the growing practice of currency innovation and the potential it presents for significant societal change,” said Bendell.