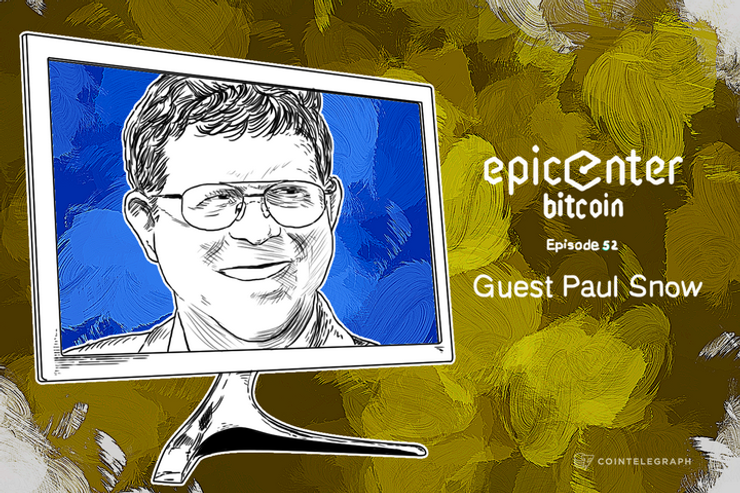 "Honesty is a very subversive thing."

Based in Austin, Texas, Snow and Kirby have been pillars of the Bitcoin community. Paul Snow is a long-time developer and the organizer of the Texas Bitcoin Conference. Peter Kirby is a serial entrepreneur and was previously VP of sales and operations at the mining company, CoinTerra.

The idea of Factom is to provide a system for creating arbitrary, immutable ledgers. Of course, the most well-known immutable ledger is Bitcoin itself and it's exactly that advance that made decentralized, digital money possible for the first time. Factom builds on the belief that offering the capability of immutable ledgers to applications in all kinds of areas opens the possibility for a new wave of innovation.

One area that the team is particularly excited about is developing Factom-powered systems of records for businesses. Large companies spend huge resources in managing documents and making sure there are accurate records of business processes. This is expensive and inefficient and there remains a big fraud risk associated with people being able to backdate or forge documents retroactively. With Factom, systems could be built that hash documents and put them into a Factom chain automatically providing irrefutable records. This could reduce fraud risk and potential liabilities and create more honest businesses in general.

The case for Factom is also one of efficiency. The data is put together in Factom-chains and then only the hashes are put into the Bitcoin blockchain. This avoids blockchain bloat, because only a small number of Bitcoin transactions result. It's cheap, but still takes advantage of the full security of the Bitcoin network. This contrasts with other Bitcoin 2.0 projects that either try to create their own blockchains (e.g. Ethereum) or that have to try to squeeze the data into Bitcoin transactions (e.g. Counterparty).

The applications of this seem endless. One could even use Factom to implement cryptocurrencies, not unlike Mastercoin did it. And talks are taking place to help a country develop a Factom-powered system for tracking land ownership.

Like many other Bitcoin 2.0 projects, Factom will have its own native token that will be used to purchase the rights to put data into Factom-chains. Due to the scarcity of those tokens, they stand to appreciate in value in case the projects succeed and sees high demand. Running the actual organization as a non-profit and doing a crowdsale of the Factom tokens is precisely the economic model of monetizing open-source software that was pioneered in David Johnson's influential white paper, who is also chairman of Factom's board. While the crowdsale is still a few months off, the official Factom whitepaper is due to be released on Monday. Exciting times ahead in the Bitcoin space!

Epicenter Bitcoin is a show about the technologies, projects & startups driving decentralization and the global cryptocurrency revolution. Every week hosts Brian Fabian Crain and Sebastien Couture talk to some of the most influential people in the cryptocurrency space about their projects and get their perspectives on recent events.

You can take part in the live Google Hangout on YouTube or download the audio version after the fact on SoundCloud, iTunes and other podcast apps.