Federal Reserve Board chair Janet Yellen told Congress last week that the Fed has no authority to regulate Bitcoin. 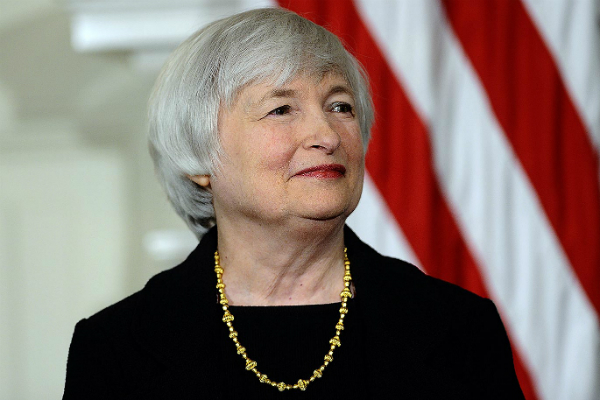 Federal Reserve Board chair Janet Yellen told Congress last week that the Fed has no authority to regulate Bitcoin.

“Bitcoin is a payment innovation that’s taking place outside the banking industry,” Yellen said in response to Senator Joe Manchin’s questions about the cryptocurrency. “To the best of my knowledge there’s no intersection at all, in any way, between Bitcoin and banks that the Federal Reserve has the ability to supervise and regulate. So the Fed doesn’t have authority to supervise or regulate Bitcoin in anyway.”

While Yellen noted that Bitcoin could be used for illegal activities, she said that regulators felt US law was sufficient to deal with any illicit Bitcoin activity in the country.

The day before, Manchin had written to various governmental bodies calling for regulations of Bitcoin in the wake of Mt. Gox’s collapse.

But, as Yellen herself noted, “It’s not so easy to regulate Bitcoin because there’s no central issuer or network operator.”

Bitcoin in the US

Marchin also asked Yellen whether she thought America was “behind the curve” on Bitcoin regulation. Marchin himself noted that Thailand and China had banned the currency and that South Korea has spoken out strongly against its legitimacy.

Yellen replied again that the Fed has no authority over Bitcoin but encouraged Congress to consider “what the right legal structure would be for digital currencies.”