From the Start of 2016, Bitcoin Is On A Roll In Africa

In South Africa, the latest developments show that 2016 may become the greatest year so far for the cryptocurrency. 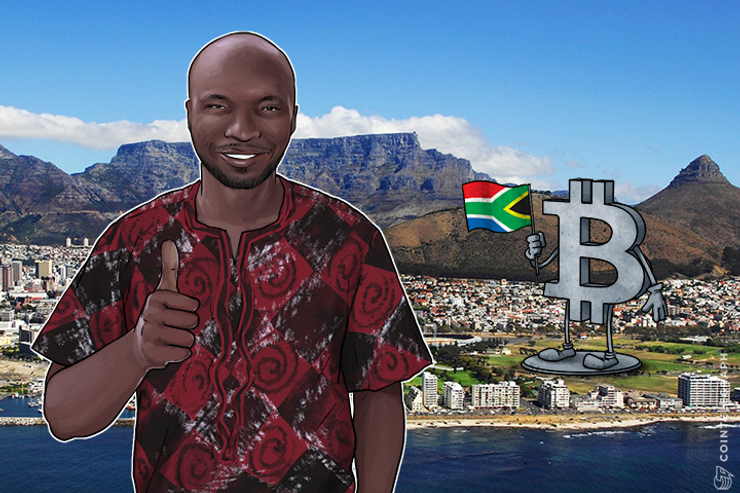 The ‘Blockchain and Bitcoin Africa” conference, that took place in Johannesburg on March 3-4, has raised the awareness level of Bitcoin in Africa. In South Africa, the latest developments show that 2016 may become the greatest year so far for the cryptocurrency.

Bitcoin users in Africa as a  whole have been quite conservative. The level of acceptance of cryptocurrency in Africa has been very low when compared to other parts of the world. Nevertheless, awareness and usership of the cryptocurrency keeps increasing.

Busy year from Kenya to Zimbabwe

The year 2016 has seen increased activity within the South African bitcoin environment. Amid the prevailing global economic turmoil, bitcoin as an alternative payment method has experienced some reasonable growth in South Africa.

Another event that has raised the awareness level of Bitcoin in South Africa is the ‘Blockchain and Bitcoin Africa Conference’ which took place in Johannesburg on March 3-4. This is an event that had representation from other African countries such as Botswana, Kenya, Ghana and Zimbabwe.

Speakers at the event included;

Marcus Swanepoel, the co-founder and CEO of BitX, a global cryptocurrency platform that provides Bitcoin products and services including wallets, exchanges, merchant integration and APIs to consumers, businesses and developers;

Kathryn Haun, a federal prosecutor with the U.S. Department of Justice;

Simon de la Rouviere, the Engineer of Societies at ConsenSys;

Tiana Laurence, the Chief Marketing Officer of Factom; and

Ripple effect may cause war of discounts

Anari Sengbe, co-founder of ProducTank, believes that a ripple effect is imminent from this particular event.

“Bidorbuy is the most popular shopping platform in South Africa. I think the fact that it started accepting bitcoin will cause the ripple effect. It should have a bigger ripple effect than Overstock. Overstock accepting bitcoin didn't see ebay accepting bitcoin, but this could be the reverse. If the biggest shopping site is accepting bitcoin, that means it's competitors now have to at least think about it. This is really good for South African shoppers because a discount war should start when five or more big sites start accepting bitcoin. I also do not think there will be too many challenges for bidorbuy because they have accepted the biggest challenge so far, which is just being willing to accept bitcoin, in doing so they have also accepted the challenge of educating their shoppers about bitcoin. They'll find more loyal customers now than ever before. Everyone remembers where they got, or spent their first bitcoins.”

It is obviously too early to say that we have seen the end of the bitcoin buzz in South Africa for the year.

Related News
Virgin Bitcoin — Most In-Demand Crypto That Is Regulated Differently?
Startup Brings Crypto Payment Option to Over 730 Locations Worldwide
Whenever Bitcoin Prices Go Up or Down, Google Searches Soar
Unpacking the Potential of Blockchain and Infrastructure in Africa
Adam Back on Satoshi Emails, Privacy Concerns and Bitcoin's Early Days
Bitcoin Price Tightens as Traders Eye the CME Gap and $8.2K Support
<div is="sidebar" :sidebar-data="{"promoButtonsI18n":{"crypto-button":{"url":"crypto.btn.sidebar.url","label":"Get Crypto At True Cost\n","text":"Cryptoassets are complex instruments and investments carry a high risk of losing value. You should educate yourself in how crypto-markets work before making any investments. Always invest responsibly and be prepared for the risks associated with investing in or using cryptoassets. This promotion cannot be considered investment advice."},"etoro-button":{"url":"https:\/\/ad.doubleclick.net\/ddm\/clk\/437480595;240556498;x","label"