A blockchain-powered trading card game says it will be available on all major devices, giving players the chance to conquer the throne of the supreme god.

With dramatically illustrated trading cards, hundreds of characters and engaging play modes, a new blockchain-powered game is vowing to rule them all #Sponsored 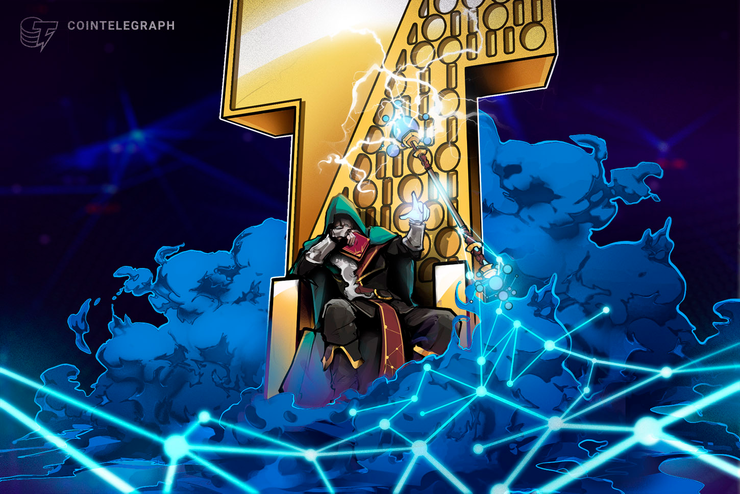 A blockchain-powered trading card game says it bridges the gap between the digital and the physical world.

With eye-catching designs and an addictive EXP-based trading card system, the magical world of Cryptomages delivers a plethora of characters and battle modes. Its creators at Transcendence say their goal is to deliver an engaging title that will become a new favorite of players around the world. Online tournaments will be taking place on a regular basis, and multiplayer modes will be available for those who want to play with friends and like-minded gamers.

Cryptomages brings together the strengths of two blockchains: TELOS and BitcoinSubsidium. While TELOS is used to make payments for new collectibles, the trading cards themselves are going to be stored as non-fungible assets on the BitcoinSubsidium chain. There are two TELOS-branded currencies: teloscoin (TELOS) and TLOS.

Upon launch, Cryptomages will be available on multiple mainstream platforms, including Windows, macOS and Linux. Gamers will also be able to play on the go via their iOS or Android smartphones.

Cryptomages trading cards are illustrated in an emotive and artistic style. Each character is given intricate artwork, a detailed description of their backstory, a comprehensive summary of their strengths, and their value in TELOS. These trading cards offer varying degrees of rarity and attack power, and fall across different factions.

As each character’s experience level improves, so too does their competence in battle. For example, early screenshots for a fighter called Roshmar show he is capable of delivering a devastating blow to opponents at Level 1, and stunning rivals for a few turns by the time he reaches Level 10.

A teaser video for Cryptomages sets the scene for the game’s storyline, asking viewers: “Will you be the one to conquer the throne of the supreme god?” During battle, players are invited to draw their trading cards in turn, all in order to prevail over a superior fighter.

There are hundreds of heroes in Cryptomages, each with distinctive abilities that provide a refreshing level of individuality to the game. Cards can be traded among users, and the best-performing players will be recognized in an exclusive list of rankings. Plenty more features are set to be unveiled as the game develops and the community grows.

In a blog post that described Cryptomages as a game changer, the team said, “Blockchain technology brings some great benefits for trading card players, which means it’s all recorded on the blockchain and each kind of card is clear and provable.”

Right now, Cryptomages is in beta testing, which is ongoing on a dedicated Discord channel. The Transcedence team says that functionality will be initially limited until the game’s development is completed, but early adopters will be rewarded with ultra-rare cards that give them that all-important upper hand in gameplay.

Pascal Papara, creator of the Transcendence network, has been driven by a motivation to create “one blockchain to rule them all” — a chain that forms the beating heart of projects that have yet to be built using this technology. More than 20 projects involving this blockchain are set to be in development.