The company claim users can browse without data being collected and passed on to third parties.

Skycoin project aims to revolutionize the Internet through crypto. 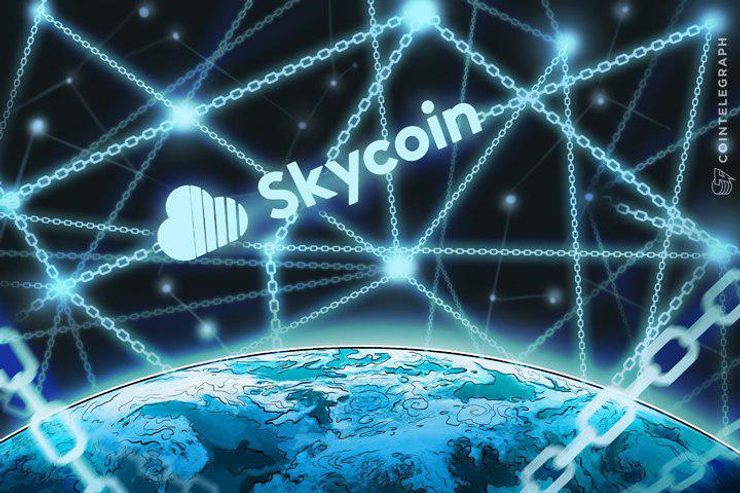 As Bitcoin led the way as the mainstream cryptocurrency after its inception in 2009, many ‘altcoins’ were founded on the basis of its success. They all claim to be superior in some way to the defacto most popular option. In this instance, Skycoin has taken it further and built a whole multi-layered project around their currency; claiming, in fact, to have ‘built the new Internet.’

“The world deserved a better cryptocurrency”

The team says that in 2012 they decided the world ‘deserved a better cryptocurrency,’ and using Satoshi’s ‘original vision’ for Bitcoin (decentralized over thousands of computers), built a crypto with enhanced speed and security. Skycoin was born and used to ‘power the new Internet,’ known as Skywire, where they claim users can browse securely and privately. This in turn links with Skyminer- an ‘energy efficient miner’ used to deploy Skywire.

To simplify, Skywire is described as ‘anonymous, decentralized mesh-Internet.’ The Skycoin Blockchain which powers it offers ‘free, instant and infinite transactions.’ And Skyminer is the ‘Internet access point that pays you for bandwidth.’ Excitingly, recent developments with Skyminer have allowed for a Net Neutrality solution; with 300 units to ship worldwide, it will enable a ‘user-controlled internet unaffected by a net neutrality repeal.’ Skycoin promise Skyminer will deliver high performance without excessive energy requirements and enable users to experience much faster Internet speeds that other ISPs.

After downloading the wallet, users can earn Skycoin (total supply 100 mln) through distributing services on Skywire, such as running hardware nodes and distributing bandwidth and storage and spend them by consuming media or other resources on the network, thus creating an incentivized mesh network that becomes more robust with every user.

This Skyminer development has been created to rally against the aforementioned FCC net neutrality issues, where it was decided that the government could track and sell information about consumer buying habits. Skycoin claims to take away the control from these ISPs and return it to a user-run community, who can browse without data being collected and passed on to third parties. Skycoin makes their feelings clear in a statement on their website:

‘We need Skywire now more than ever. The FCC’s failure to promote net neutrality means that large ISPs will continue to tighten their grip until they achieve a stranglehold over internet experience. Fees will rise. Throttling, censorship, and manipulation could become the norm. Users will have less power than they’ve ever had as their browsing data, privacy, and individuality is bought and sold by corporations looking for a profit.’

The reassurance of the Skycoin team consisting of original Bitcoin and Ethereum developers has also boosted confidence for consumers. As privacy and data security become more pressing issues, consumers are looking for ways to protect themselves both personally and financially online. Through Skycoin’s peer-to-peer community, it would seem that many have found the solution through running nodes in exchange for media access. With no transaction fees so commonly seen on crypto platforms, and security against Proof of Work/Stake attacks, the platform intends to fulfill its promises of building ‘the new Internet.’