How to Explain Bitcoin to Your Parents

Explaining Bitcoin and cryptocurrencies to your family may not be that difficult after all. Here’s a primer.

Some answers for those inevitable questions from your family about #Bitcoin. 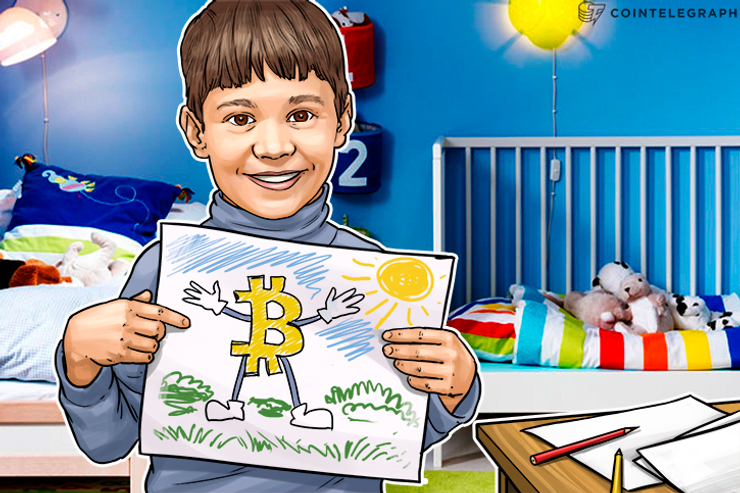 With Bitcoin recently reaching a high water mark of an all-time high of $11,500, it’s inevitable that relatives will start asking questions.

tried to convince parents to buy me bitcoin in 2010, they laughed at me and i never got bitcoin because of it.

When your parents ask questions, it somehow ends up either they don’t agree with your idea or relate it to their younger years.

Of course, that’s not a problem, except if you talk about new innovation that has a potential to change their perspective. Bitcoin is one of the hottest topics today, but not everyone can grasp its full potential, especially when you talk to the oldies like your parents.

So how can you explain it to them without getting a blank stare?

Don’t go explaining Bitcoin using jargons like cryptocurrency, rather explain it using examples they can relate to. Defining something unknown with something equally unknown is a big no-no.

You can relate it to a regular money or stocks. Explain that Bitcoin is regular money that has value and can be used to buy goods and services. It is also similar to stocks because the value fluctuates based on the supply and demand. However, it doesn’t give any dividends, unlike Bitcoin.

Second point: Relate it to a mountain

Now here is the part where your parents will ask where do you get Bitcoins and if you have one available in your pocket. We bet your parents will understand the term “digital money” so you can use it pertaining to Bitcoin.

You can also say that it’s like a debit card or when your boss pays you through direct deposit. The money goes straight into an account without touching a hand.

On the question where can you get one, we'll use the example of a mountain called Mount Bitcoin where there are miners. Those who mine Bitcoin do it through their computers with a lot of computational power. It's like mining another scarce resource, gold, which also required specialized and expensive equipment. So, these Bitcoin miners are giving up something in the hopes of getting, maybe, one Bitcoin that can be broken up into many little pieces and distributed in exchange for the kind of money you’re familiar with.

Third point: Where to spend Bitcoin

This will give your mother some thrill. Imagine having one Bitcoin equalling for $11,000?

Who wouldn’t go crazy on spending such amount? Since there’s no transaction charged for spending, say a few pennies, you could use it on websites that accept micro transactions or at least Litecoin.

Elon, consider accepting Bitcoin for your cars. It's very easy to sign up for a @coinbase merchant account and integrate it. And there's 0 risk. Good PR too.

Future of cars bought with the future of money. Think about that!

For your dad, you can say how a lot of people are using them for investments. Like, they’re putting money in Bitcoins because the returns are better. We bet saying Bitcoin values have been pretty volatile. In the last year, one Bitcoin has jumped from $4,000 to over $11,000 will get your dad jump for excitement.

You see it is not easy explaining something new to your parents, but if you follow these points and try hard enough, we’re sure they would understand how Bitcoin works.

Who knows they might even invest in cryptocurrencies when they see how they could potentially help ease transactions usually made horrible by traditional payment options.

Related News
Behind Ripple’s Regulation Call: ‘Do Not Paint Us With a Broad Brush’
Startup Brings Crypto Payment Option to Over 730 Locations Worldwide
The Blockchain Approach to Customer Relationship Management
Research: Binance and Huobi Received Over 52% of Total $2.8B Illicit BTC in 2019
New Hampshire’s Second Bill to Accept Bitcoin as Tax Payment Fails
Bitcoin Price Drops Over $500 in 5 Minutes, Top Altcoins Also See Red
<div is="sidebar" :sidebar-data="{"promoButtonsI18n":{"crypto-button":{"url":"crypto.btn.sidebar.url","label":"Get Crypto At True Cost\n","text":"Cryptoassets are complex instruments and investments carry a high risk of losing value. You should educate yourself in how crypto-markets work before making any investments. Always invest responsibly and be prepared for the risks associated with investing in or using cryptoassets. This promotion cannot be considered investment ad