There can be little argument that attacks on Bitcoin by various multinational banks have risen in recent months, as the cryptocurrency has gained wider acceptance by large retail and service business around the world. 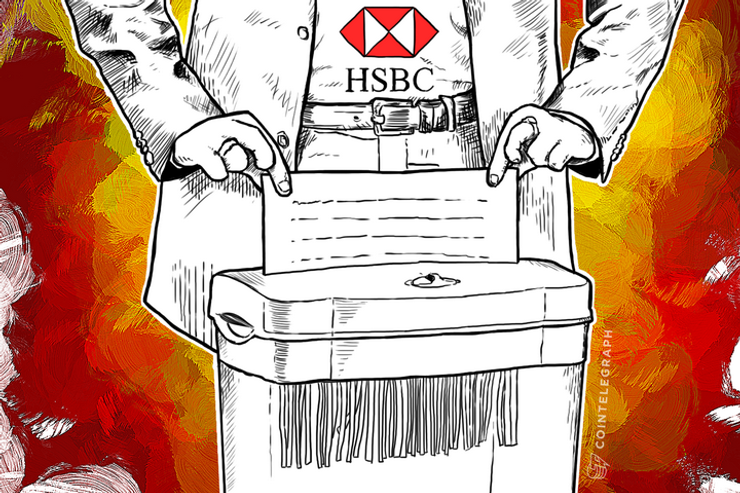 There can be little argument that attacks on Bitcoin by various multinational banks have risen in recent months, as the cryptocurrency has gained wider acceptance by large retail and service business around the world.

The latest of these attacks allegedly comes from HSBC, leveled against a hedge fund management company in Jersey in the Channel Islands. The company, Global Advisors (Jersey) Limited (GAJL) informed Cointelegraph this morning that they received a notice letter from the bank last week telling them they had 60 days to find another banking solution because HSBC would be closing all their accounts.

Global Advisors, according to our source, has had a 15-year relationship with HSBC and has never had problems with any business conducted through the bank. But last July, GAJL began to oversee a regulated Bitcoin fund designed for clients who desired to invest in the cryptocurrency. Global Advisors managed this fund — a special-purpose vehicle called GABI — but the assets in the fund were not held in an HSBC account.

The company claims that the bank, already under fire from several directions, is concerned about potential money laundering. This is a valid concern because the bank has been found to have laundered money in the past for both drug cartels and terrorist organizations, and is currently under investigation for market manipulation.

Jersey is one of the areas that has been vying to become a global center for digital currencies, along with the Netherlands and the Isle of Man. In the case of the latter, another company, Capital Treasury Services, was threatened with withdrawal of bank business a few months ago by a number of British Banks, if the company continued to manage money for Bitcoin businesses on the Isle of Man. When contacted about Global Advisors’ accounts being closed, HSBC said that severing client relationships was never done lightly and that:

"We do not discuss individual customers, nor do we confirm whether an individual or business is, or has been, a customer."

Daniel Masters, one of the directors at Global Advisors and former head of energy trading at JP Morgan, is firmly supportive of the idea of what he termed Digital Jersey, and he feels this move by HSBC is a "step in the wrong direction for Jersey." The Jersey community, including its political leaders — who have travelled to Bitcoin conferences to promote the island’s enthusiasm — are also solidly behind the idea. He said that both Global Investors and the Bitcoin fund are tightly regulated, which allows investors such as pension funds and insurance companies to invest in relative safety. The Global Advisors Bitcoin Investment Fund (GABI) was officially launched in August and is certified by the Jersey Financial Services Commission.

Jean-Marie Mognetti, the other director of Global Advisors, commented directly to Cointelegraph on the difficulty of banking a Bitcoin business:

“We are building a strong network of banking partners from Asia to Europe and are now looking actively at America. It is part of our responsibility towards our clients to always anticipate a couple moves ahead.”

Global Advisors could find itself in a jam because of the move by HSBC, but they say they have contingency plans. The accounts that were closed were not linked to the Bitcoin fund, but were instead used to pay the company’s expenses. The fund itself is not banked in Jersey because GA was originally unable to find a local bank that would provide services.

Lacking a clear statement from HSBC, it is difficult to say for certain that the GABI fund was the reason for the bank’s desire to severe its long-standing ties with GA. But considering that Bitcoin has already been drawing fire from various banks, it is hard to not reach the conclusion that animosity for Bitcoin is the reason for their decision.