Some time ago India, being among several leading countries to voice its opinion on Bitcoin, has issued a warning, saying that the virtual currency might lead its users to losses, as the prices are changing fluently. 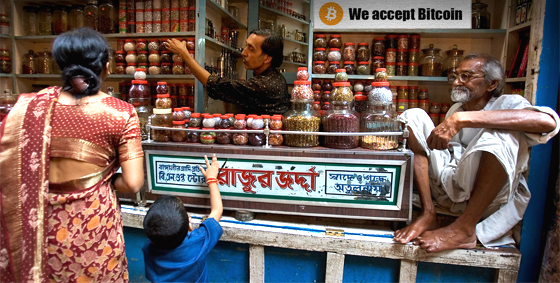 Some time ago India, being among several leading countries to voice its opinion on Bitcoin, has issued a warning, saying that the virtual currency might lead its users to losses, as the prices are changing fluently, but the network and investment methods are not safe enough. The current news from the country seem to turn the mind of financial institutions and the state as a new Bitcoin exchange service Unocoin has been launched on the 15th of December.

This important event took place on the 1st Global Bitcoin Conference in Bangalore. The service still runs in form of a trial, limiting users to action with no more than 10 BTC per day – both for selling and buying. Still in full blossom the platform will has no limits. The regular users depositing and withdrawing coins and fiat money during 60 days will be promoted to Gold Users. The verification process still can be completed only by the residents of the country – PAN (Personal Account Number) and corresponding card information, together with a proven address and other contact data are required to set up an account on the page. A photo is optional. The coins can be also send via an email and paper wallets can be created for keeping of funds offline. The resource has a two-factor authentication, which provides a sufficient level of security.

It is necessary to point out that all the great features and easy to use interface are nothing compared to the legislative basics of work. Vikram Nikkam, from the parent company Unobit Solutions Pvt. Ltd, said that the implementation of all the financial rules and laws was a key factor to gain official support. He also mentioned that the service corresponds to KYC and AML policies of the country and he would feel pity if the population of the country would miss the opportunity to use the virtual money. A similar situation has happened with the Internet some time ago. Let me mention that all fiat money transactions required are performed by the local banks and no problems have occurred to the point.

It is an important task to establish Bitcoin as a valid currency, and not only because India is the second biggest country in the world (as of population amount), but as it provides the world with many IT-specialists and progressive specialists. Bangalore is often named the “India’s Silicon Valley”, but Mumbai has its own Bitcoin activist group having many remembers. The country has already produced ambitious startups in the field of cryptocurrencies - buysellbitco.in trades litecoin together with bitcoin, CoinMonk is an educational page informing about bitcoin basics and news, and so on, creating a positive and suitable environment.

While China has limited the progress of Bitcoin on its own will, India might become a more attractive market for coin investments. There are about 700 million people missing a bank account – they are the potential customers of alternative currencies. The growing economy raises the wealth level of the people and the money has to be deposited and stored in some safe way – Bitcoin offers a suitable method.