Is Bitcoin's Future Already in Your Pocket?

The growth in the bitcoin-funded debit card world shows a future path for the digital currency. 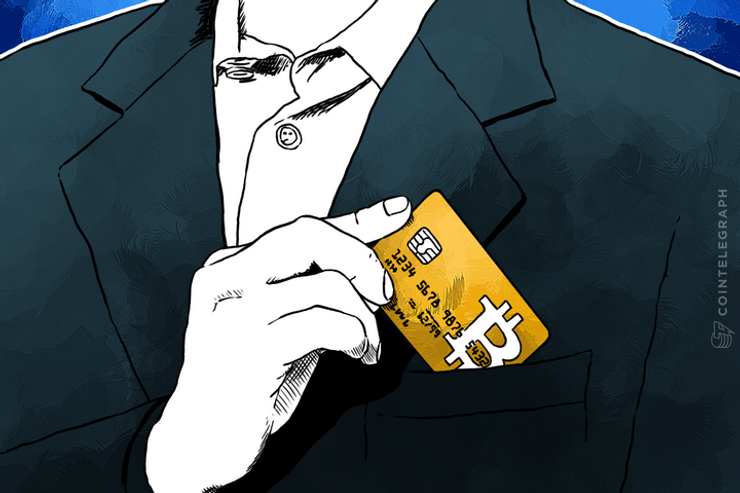 The growth in the bitcoin-funded debit card world shows a future path for the digital currency.

A quickly developing movement within the digital currency sector are the string of startups looking at ways in which Bitcoin can integrate, and be used, within the existing financial structure that individuals deal with day-to-day.

Some companies are already addressing how users can pay off their Canadian credit cards in BTC, whilst others are allowing Australians to tackle their energy and telephone bills in a similar manner. The common need in all of these enterprises though, is the ability to make a payment within an existing system but using the funds being drawn from digital currency.

Here then, enters the developing world of bitcoin-funded debit cards. These cards convert a digital currency into the tangible piece of Visa or MasterCard plastic that already works with established systems such as bill payments, in-store purchases, and conventional Internet shopping. This technology could even divert the discussion about Bitcoin's development away from questions of merchant adoption, by not needing the merchant to know about or acknowledge Bitcoin at all.

The spread of these bitcoin debit cards also begins to address another issue currently causing consternation among digital currency advocates—the sheer difficulty in understanding how to purchase and spend bitcoins. However, being able to give a friend or relative a prefunded bitcoin debit card is a great way for them to experience the benefits of bitcoin before without them having to immediately engage in any difficult purchasing process.

Cointelegraph spoke to Georgy Sokolov, a co-founder at e-coin.io, one of these fast-growing providers of bitcoin-funded debit cards, about the difference between people who may just want to use a bitcoin debit card, and those more drawn to the more established world of digital currency exchanges and trading platforms. He responded:

“The average bitcoin debit card user doesn't have to look like a professional trader. Many bitcoin users are just normal people without deep knowledge of finance or experience with complex trading systems. Many could do all that fancy stuff but simply choose not to.”

Sokolov extends this argument around ease-of-use further, raising the idea that these debit cards also represent a good access point for the world's “underbanked” population.

“So, an average user of bitcoin debit card doesn't need to go through the hassle of opening an account with an exchange, [and] doesn't even need a bank account (not a big deal in the developed world, but if you look elsewhere, that could be quite a factor).”

Up until now, one of the biggest stopping factors on the use of bitcoin-funded debit cards, however, have been the costs involved. Working with the same card-and-payment processing giants like Visa and Mastercard, to which Bitcoin's decentralized finance structure is supposed to represent a low-cost alternative, means that companies offering these cards have faced paying high fees.

Much of the time, these card processing costs have been passed on either in whole, or in part, to the end user. In August 2014, prospective users heavily criticized card provider Xapo when a promised US$15 off the cost of their card came with a large fee structure, including a US$4.95 monthly service fee.

Given that history, companies now trying to win over new users to these types of cards are more pressed to be both open about costs, and more incentivized to keep them low. At E-Coin, the monthly cost is US$1, and although ATM transactions still attract a US$2.50 fee, the downward trend on fees suggests an improving situation for users.

Another sign of how the bitcoin debit-card market is developing, though, is the fact that E-Coin has also had to introduce limits on the scale of its cards it issues without user identity confirmation. Sokolov explains what has lead them to limiting these anonymous cards:

“Although we are not regulated, we want to be sure we are prepared for when these changes come. Therefore, we fully abide by all KYC (know your customer) and AML (anti-money laundering) standards. Card users can stay unverified if they prefer to, but they have lower limits then (US$2,500 lifetime load, US$1,000 lifetime ATM withdrawal limit, unlimited online/POS spend within the load limit). Those customers who need higher limits (they are indeed very high!) must verify their accounts by providing their ID and proof of address.”

With much more growth on the horizon for this sector, it seems almost inevitable that this will bring closer scrutiny from both financial regulators and tax authorities. Although these cards allow Bitcoin users to integrate well with the established financial system, the question of how well they are meeting established anti-fraud measures remains largely untested. This uncertainty highlights the importance of these startups meeting AML and KYC requirements. Sokolov continues:

“We are closely monitoring the regulatory environment and try to anticipate any changes and innovations.”

These startups are making strong efforts to fit bitcoin-loaded debit cards into existing financial regulations. Given the benefits they bring to users through increasing spending ability, it’s very likely the cards will continue to be an important part of the digital currency ecosystem. Add to that their ease and familiarity of use, and bitcoin-funded debit cards may yet be one of Bitcoin's “killer apps.”