A Japanese gaming company says its blockchain-driven trading card game is unlike any other that’s currently available in the market.

5655 Total views
14 Total shares
Listen to article
0:00
Sponsored
Own this piece of history

A Japanese gaming company says its goal is to deliver blockchain-enabled titles that are enjoyable for players — harnessing nonfungible tokens to allow gamers to uncover skills and characters that no one else has.

The team says it has aimed to ensure that cards that may not be valuable to one player are valuable to someone else — meaning that every card has a strong feature that will be useful in some setting. Players can focus on adding value to the cards that they own, safe in the knowledge that every card in their possession is unlike any other circulating in the Contract Servant universe. 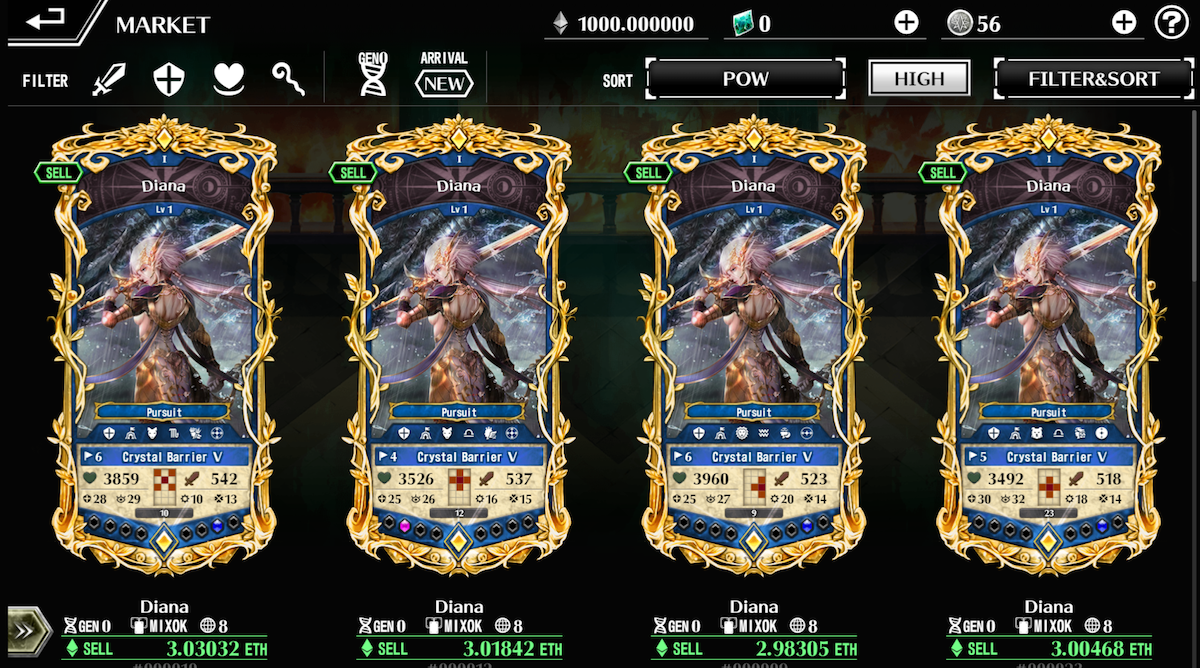 Junji Oshita, the president and CEO of Axel Mark, says he was inspired to explore blockchain gaming about two years ago, when he realized the great amount of business potential surrounding the sector.

Contract Servant has been developed by game producer Kazuyuki Tanaka, who has about seven years’ experience in gaming. He began focusing on blockchain-enabled entertainment about 18 months ago, and both and Oshita say that their goal is to deliver “decent and playable” titles to people who may not have encountered this technology before.

The team at Axel Mark believes that blockchain gaming is going to be the next frontier — just like smartphones completely upended the market over the last 10 years. While competition in this industry has been intense of late — especially because of China — Axel Mark claims that the potential of blockchain is beginning to get considerably more attention, especially because it can resolve some of the biggest issues that the gaming industry is facing right now.

To explain this in further detail, Oshita looks at the status quo for gamers who are playing titles on their PCs, game consoles or smartphones. He notes that many online games are offered on a free-to-play basis, meaning that any additional assets required to gain an upper hand are purchased separately within the game.

Although this may seem to have the makings of a strong ecosystem, the problem arises if a game is suddenly discontinued — or if players divert their attention somewhere else. Oshita argues that losing paid-for, in-game assets for good makes users “feel that the items, time and passion they give are taken away,” potentially discouraging them from playing other titles in the future.

For Axel Mark, blockchain provides a way to preserve in-game items indefinitely, even if the title they were designed for is terminated. It also opens up the opportunity for these assets to be used across multiple games. Although Oshita acknowledges that most games won’t be around forever, the entrepreneur says the Ethereum blockchain protects purchases properly.

The challenges that lie ahead

The company acknowledges that there is plenty of work to be done before blockchain gaming goes mainstream. The first step involves acquainting users with things like crypto wallets — making them easy to install and log in to. Axel Mark believes that partnerships with mainstream platforms such as Line could help blockchain games gain traction, giving everyday players an alternative to crypto wallets, and reducing the steps and technological-knowhow associated with playing a game.

A presale for legendary, epic and rare cards that can be used in Contract Servant is due to begin on Dec. 18 and will run until Dec. 27. No resales are planned, with Axel Mark claiming this will be the one and only opportunity that players will have to get their hands on these assets.