Japan’s Tech Bureau announces first Blockchain use case for a division of Ministry of Agriculture, Forestry and Fisheries - to track game meat from forest to plate. 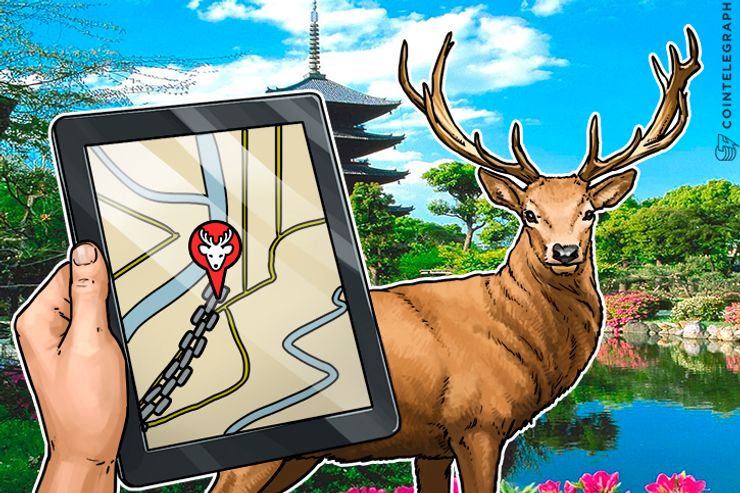 Japan has a problem with wildlife. There is just too much of it about. The Japanese wild boar Inoshishi can be found in parts of the country ranging from Kyushu, Shikoku and Honshu. Deer are another problem animal that is out of control in Japan, ruining foliage and eating their way through the countryside. As Japan is mostly mountainous, they’re also likely to contribute to landslides as they devour all that’s green. Deer are also a traffic hazard and can cause accidents when they run onto roads. The problem of this ‘excess’ wildlife came into being due to the Japanese eliminating natural predators that existed on the islands, like the wolf. The Japanese wolf went extinct in 1905, leading to the present glut of wildlife that is causing numerous issues in the Pacific country.

If you can’t beat them - eat them

The Ministry of Environment are a worried lot in Japan. According to Quartz, the Ministry states that wild boar and deer, along with other wildlife, have caused an estimated damage of JPY 20 bln ($200 mln) each year since 2009. However, Japan is beset with another problem. A thinning human population leading to an empty country. Human hunters of these animals are also becoming extinct. According to the Japan Times, the number of licensed hunters in Japan has fallen from a high of 518,000 in 1975 to 198,000 as of 2011. Of this number 66 percent or 131,000 are over 60 years old. The need now is to eat more of these animals before they literally eat up Japan’s clean and green countryside.

Transform a liability into an asset with Mijin Blockchain

Mijin, a private Blockchain from Tech Bureau, Japan, has been selected to track game meat from hunting grounds to the restaurant plate as a use case by the Japanese Ministry of Agriculture, Forestry and Fisheries. Mijin, which is a NEM protocol Blockchain, will be used to build and store the transaction records of the Japan Gibier Promotion Association. The final aim being to ensure that the food being eaten by consumers is safe for consumption, and is trackable.

A press statement made available to Cointelegraph carries word from Takao Asayama, CEO of Tech Bureau, Corp. who says: “Some rural communities suffer from wildlife overpopulation, amounting to over $178 mln per year. The power of Blockchain technology is that it can transform one of the oldest food supplies into an asset for local communities”

The statement further adds “By using the mijin tamper-resistant Blockchain, Japan Gibier Promotion Association will determine whether data (date, transit point, manager, item name, amount, price, etc) from the game meat processing factory, is properly recording on the Blockchain in a visible and verifiable way, and whether the alert system designed for automatic detection of falsified data is complete.”

Japanese consumers are quality conscious, and Blockchain technology can act to bring that confidence to the table. The Japan Gibier Promotion Association, which was created in 2014, is responsible for culinary culture and distribution in the country. They promote hunting standards and want to ensure a safe and healthy distribution channel for wildlife meat.

We talked with Toshiharu Ishige, Executive Secretary and Spokesperson at Japan Gibier Promotion Association, who underscored the need for meeting consumer needs for safe game meat:

"In Japan, the food safety and quality are evaluated very strictly by end-consumers. Therefore, we expect the mijin Blockchain to play an important role -  that is not only ensuring food safety but also protecting dedicated people who wish to promote a new culinary culture."

Blockchain’s immutability is an ironclad guarantee of safety

The ongoing chicken crisis in the UK, and the way poor hygiene and a complete breakdown of traceability of mea